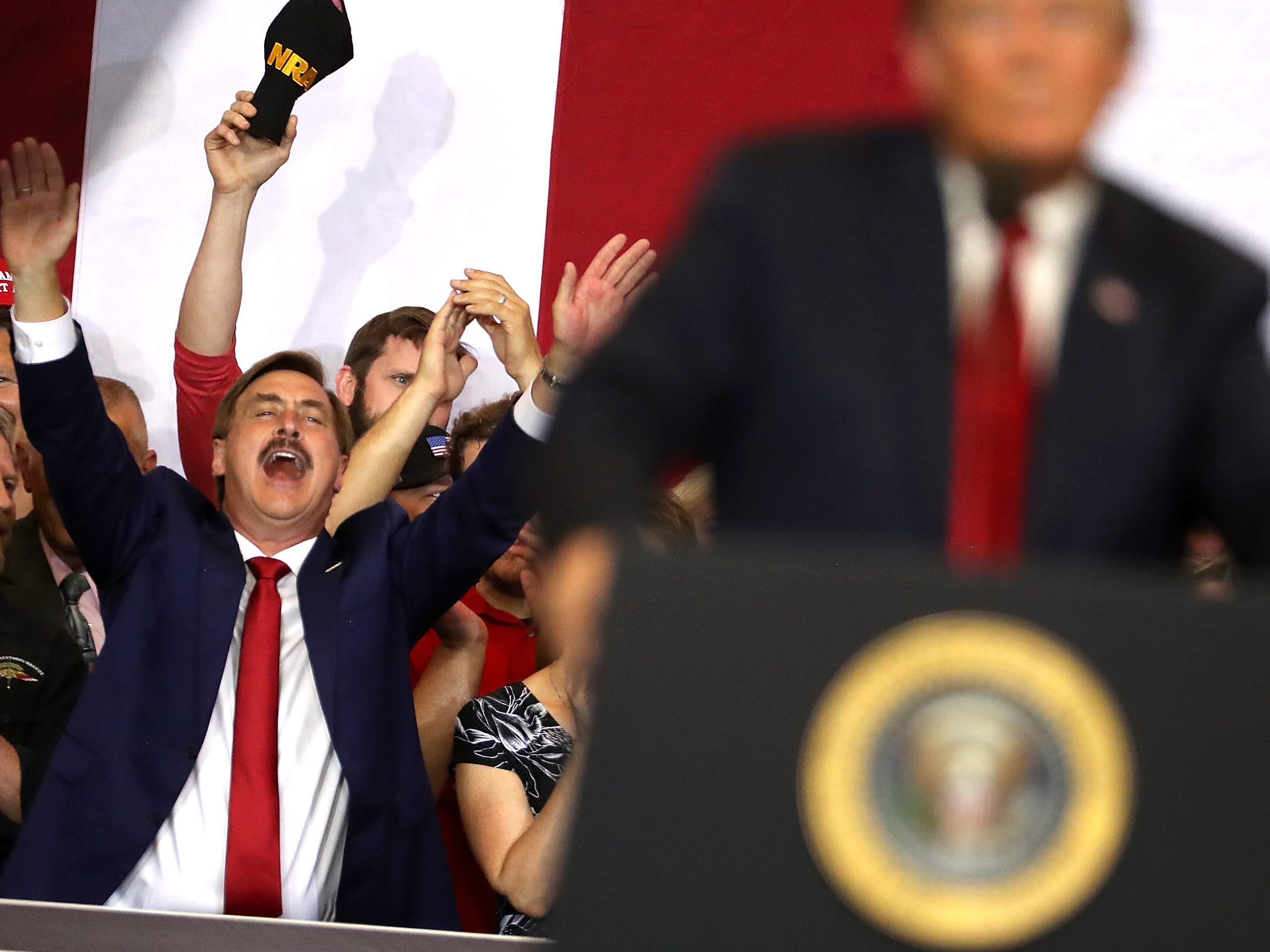 Lindell made the announcement during the Wednesday evening edition of “The Lindell Report,” a nightly broadcast on his website, Frank Speech.

Speaking to Insider on Wednesday night, Lindell said he was initially planning to get tickets to the Trump rally like “everyone else,” but decided to approach Trump’s team to see if he could get on stage to say a few words and give a “short message of hope.”

Insider has reached out to Trump’s team to confirm that Lindell will be speaking at the January 15 event.

“Most of my speeches are, you know, evangelical. I’m gonna speak out and probably give people a message of hope. I expect a huge, huge crowd,” Lindell told Insider.

Lindell added that he had approached the Trump team and asked for a slot to give a speech.

“I’m speaking at an event (in Arizona) the day before, so it lined up pretty well. I asked his event team if there’s a possibility for a few minutes to speak, and they let me know this week that I have a few minutes,” Lindell said

“I’ve been to probably, 30, 40 rallies,” Lindell added. “Usually I just go there and take pictures, meet people, and talk to the media.”

The pillow executive added that he wasn’t sure what he was going to say at the rally, because he “doesn’t plan anything.”

The January 15 rally in Florence, Arizona, will be Trump’s first major rally of 2022. The former president said he plans to talk about the January 6 Capitol riot at the event in Arizona.

Trump this week called off a press conference initially scheduled for January 6. He blamed the abrupt cancellation of the event — initially slated to be held at his Mar-a-Lago resort in Palm Beach, Florida — on “the total bias and dishonesty of the January 6 Unselect Committee of Democrats, two failed Republicans, and the Fake News Media.”