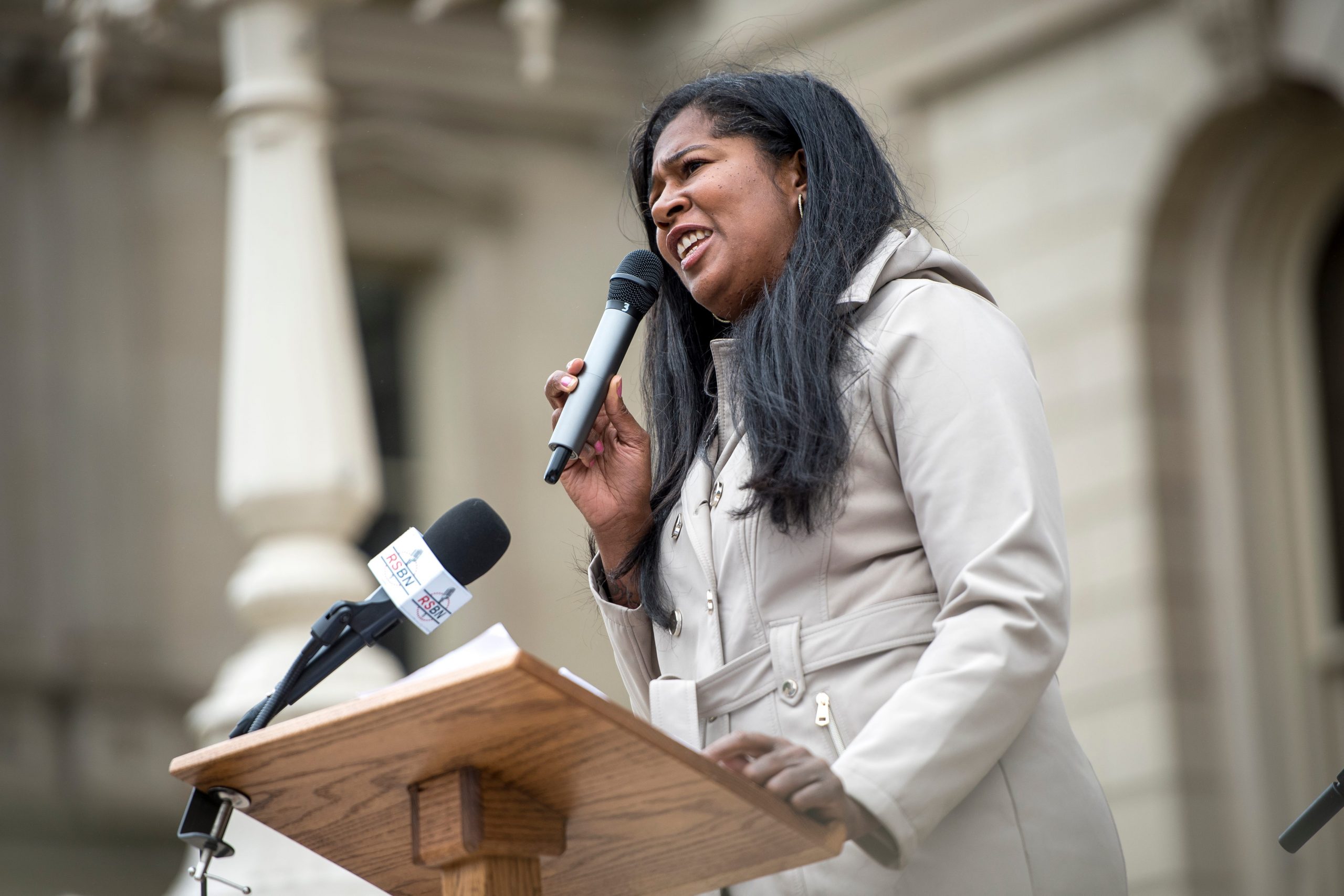 Michigan Secretary of State candidate Kristina Karamo speaks at the Michigan State Capitol as demonstrators gathered to demand a forensic audit of the 2020 presidential election on October 12, 2021.

The Republican nominee for Michigan secretary of state once called abortion an act of “child sacrifice.”

Kristina Karamo, the nominee who has received an endorsement from former President Donald Trump, made the remarks in 2020 during an episode on her podcast. This was first reported by CNN.

“Abortion is really nothing new,” Karamo said on the podcast. “The child sacrifice is a very satanic practice, and that’s precisely what abortion is. And we need to see it as such.”

“When people in other cultures — when they engage in child sacrifice — they didn’t just sacrifice the child for the sake of bloodshed. They sacrificed the child because they were hoping to get prosperity, and that’s precisely why people have abortion now,” Karamo added further into the episode.

“‘Because I’m not ready. I don’t want to have a baby. I don’t feel like it. I don’t have time. I wanna make more money. I want my freedom.’ So you’re sacrificing that child hoping to get something out of their death. Which is your freedom, your happiness, your prosperity.”

The decision to overturn Roe v. Wade sparked protests nationwide. Since the decision was made public, a slew of prominent individuals from musician Jack White to lawmakers such as Ocasio-Cortez has blasted the ruling. Attorney General Merrick Garland condemned the court’s decision, saying on Friday that it’s a “devastating blow to reproductive freedom in the United States.”

Karamo, a community college professor who teaches public speaking, attracted Trump’s attention last year when she falsely claimed that the former president won the 2020 election against Joe Biden. If elected to secretary of state, she would oversee the 2024 presidential election in the state.