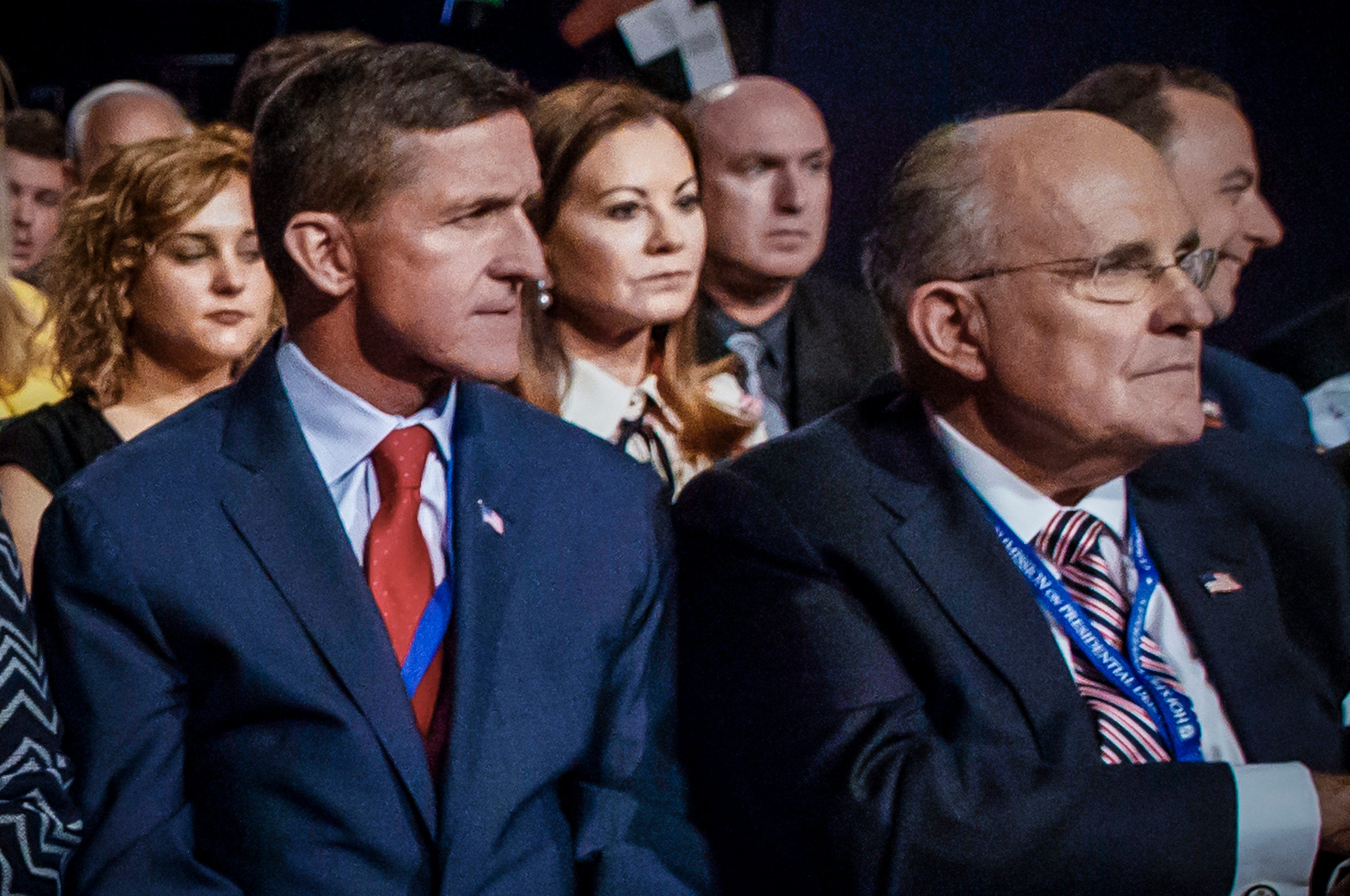 The University of Rhode Island on Friday voted to revoke the honorary degrees it had bestowed upon Michael Flynn and Rudy Giuliani.

“After reviewing the recommendation from the President, who endorsed the committee’s recommendation, the Board voted to approve the revocation of these honorary degrees,” said Chair of the Board of Trustees Margo Cook, according to a press release. “The Board of Trustees supports the University and its mission to uphold its values, especially its commitment to intellectual and ethical leadership and fostering an environment of diversity and respect.”

University President Marc Parlange said he received the recommendation from the Honorary Degree Committee, which evaluated Flynn and Giuliani’s conduct and actions since having received the degrees.

Flynn, a retired lieutenant general who briefly served as the national security advisor under former President Donald Trump, graduated from the university in 1981. He was “awarded an Honorary Doctorate of Humane Letters” in 2014, the release says.

The university awarded Giuliani with a Doctor of Laws Honoris Causa in 2003 in response to his “demonstrated leadership in the wake of the September 11, 2001 attacks,” according to the release.

“Based on the findings of the Honorary Degree Committee, I made a recommendation to the Board of Trustees to revoke the honorary degrees of General Flynn and Mayor Giuliani, agreeing that they no longer represent the highest level of our values and standards that were evident when we first bestowed the degree,” Parlange said, according to the release.

In a list, the committee cited numerous infractions and misconduct in its recommendation to Parlange, including Flynn pleading guilty to lying to the FBI and Giuliani spreading “unfounded claims of rampant fraud during the 2020 presidential election.”

Giuliani last year was suspended from practicing law in Washington, DC, and New York because of “uncontroverted evidence” that he “communicated demonstrably false and misleading statements to courts, lawmakers and the public at large” in connection with Trump’s failed attempts to overturn the 2020 election results. The committee cited his two suspensions as another reason in favor of revoking his honorary degree from the University of Rhode Island.