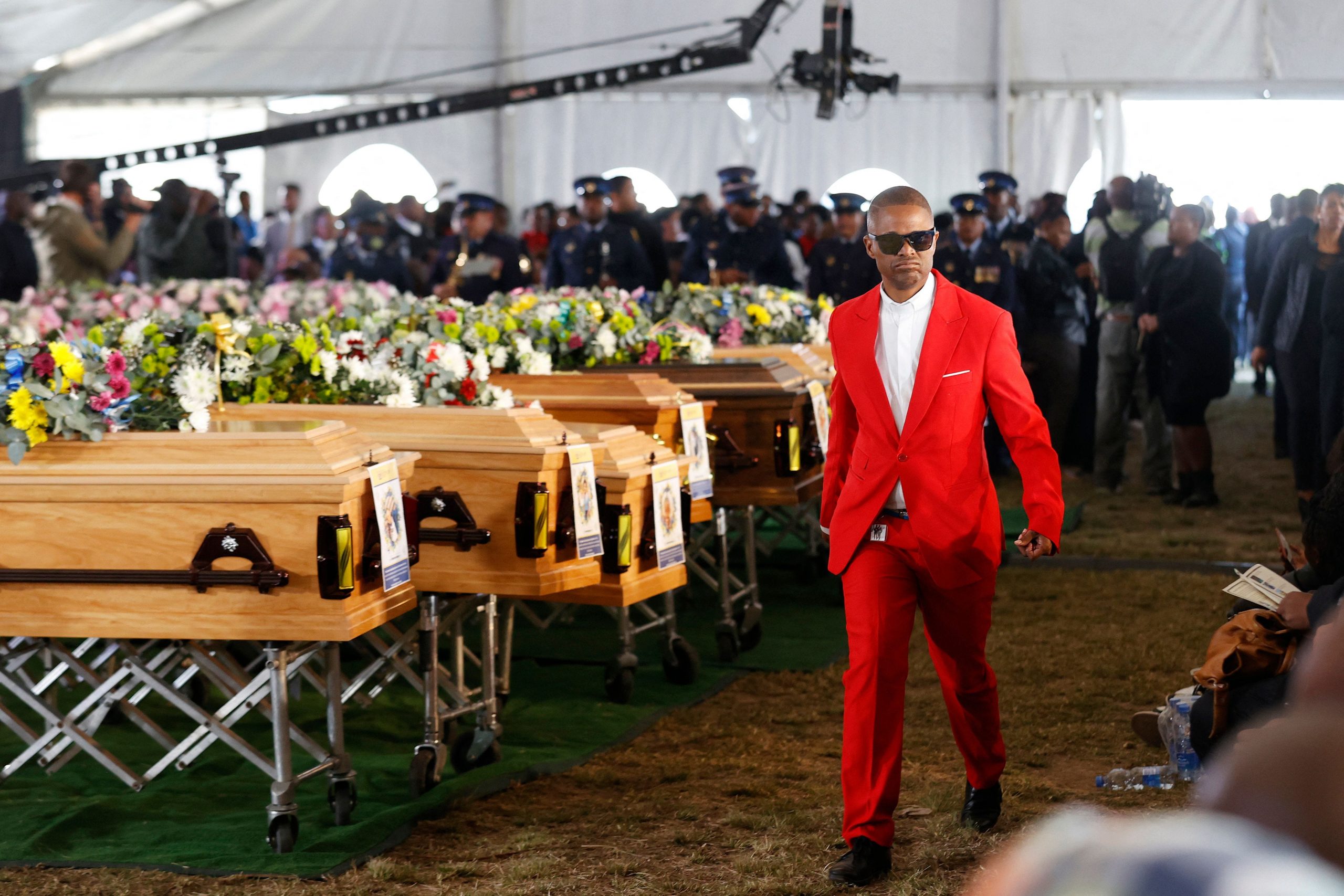 A mourner walks past empty coffins used in a symbolic mass memorial service Africa, for the 21 teenagers who were found dead in a South African bar last month.

South African authorities said they found traces of methanol in the blood of all 21 teenagers found dead at a bar last month, unveiling a possible clue as to what may have killed the youths.

Officials said on Tuesday that they’re still determining if the levels of the toxic chemical in the teens’ bodies were enough to kill them. No visible injuries were found on the bodies of the dead.

“Methanol has been detected in all the 21 individuals that were there. However, there is still progressive analysis of the quantitative levels of methanol and whether it could have been the final cause of death,” Dr. Litha Matiwane, Eastern Cape provincial deputy director for clinical service, said at the briefing.

Methanol, an odorless liquid that can often be found as a contaminant in illegally produced liquor, is poisonous and can be absorbed through the eyes, skin, lungs, and digestive system. Overexposure to the substance can cause death, according to the US Centers for Disease Control and Prevention.

At the press conference, Police Minister General Bheki Cele said authorities are waiting for the final toxicology reports to decide if they will press criminal charges on any party.

The deceased teens, aged between 13 and 17, were found at the popular Enyobeni tavern in the town of East London in the early morning of June 26. Their deaths have shocked South Africa, where calls are growing for better enforcement of alcohol restrictions for children.

According to The Associated Press, many of the teens may have been celebrating the end of their winter school exams.