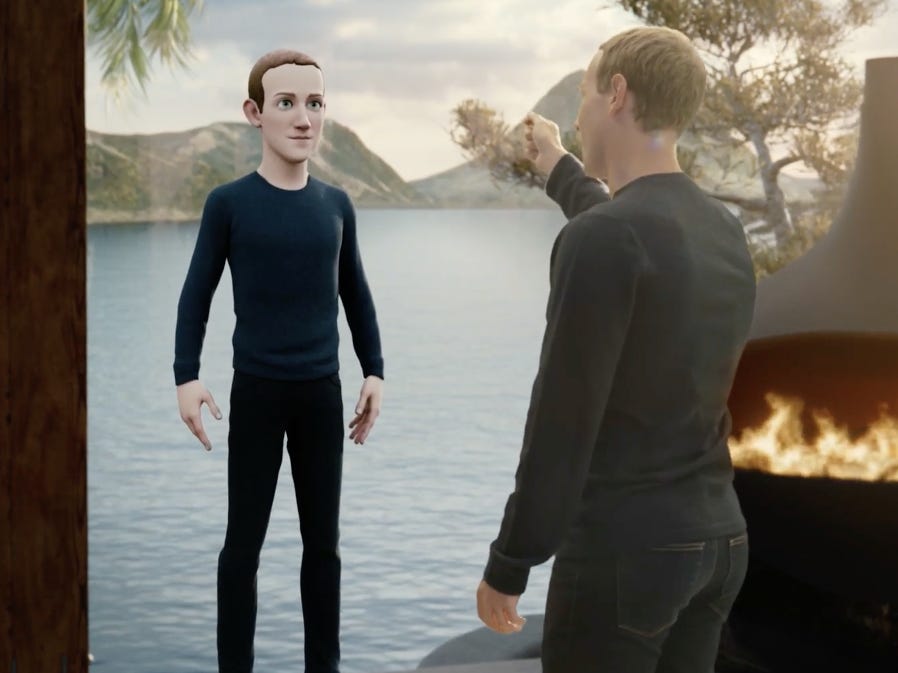 Meta’s plans for how it might commercialize the metaverse are becoming clearer thanks to patent filings spotted by the Financial Times.

The FT reviewed hundreds of patent applications by Meta and found references to a “virtual store” where users could buy virtual products, as well as objects that correspond to real-world items that have been sponsored by third-party brands.

A patent reviewed by the FT said brands would go through a bidding process to “sponsor the appearance of an object” inside a virtual store.

Meta’s head of global affairs Nick Clegg told the FT in an interview that the business model for the metaverse would be “commerce-led.”

“Clearly ads play a part in that,” Clegg added.

When contacted by Insider about the FT’s report, a Meta spokesperson said: “While we don’t comment on specific coverage of our patents or our reasons for filing them, it’s important to note that our patents don’t necessarily cover the technology used in our products and services.”

Meta rebranded itself in October last year as the company seeks to move into metaverse technology.

The word “metaverse” is borrowed from science-fiction and refers to a future vision of the internet which people access through immersive technologies like VR and AR.

Some commentators are skeptical of the metaverse, with one tech founder saying the hype around it reminded him of communist propaganda he experienced as a child in the former Soviet Union.