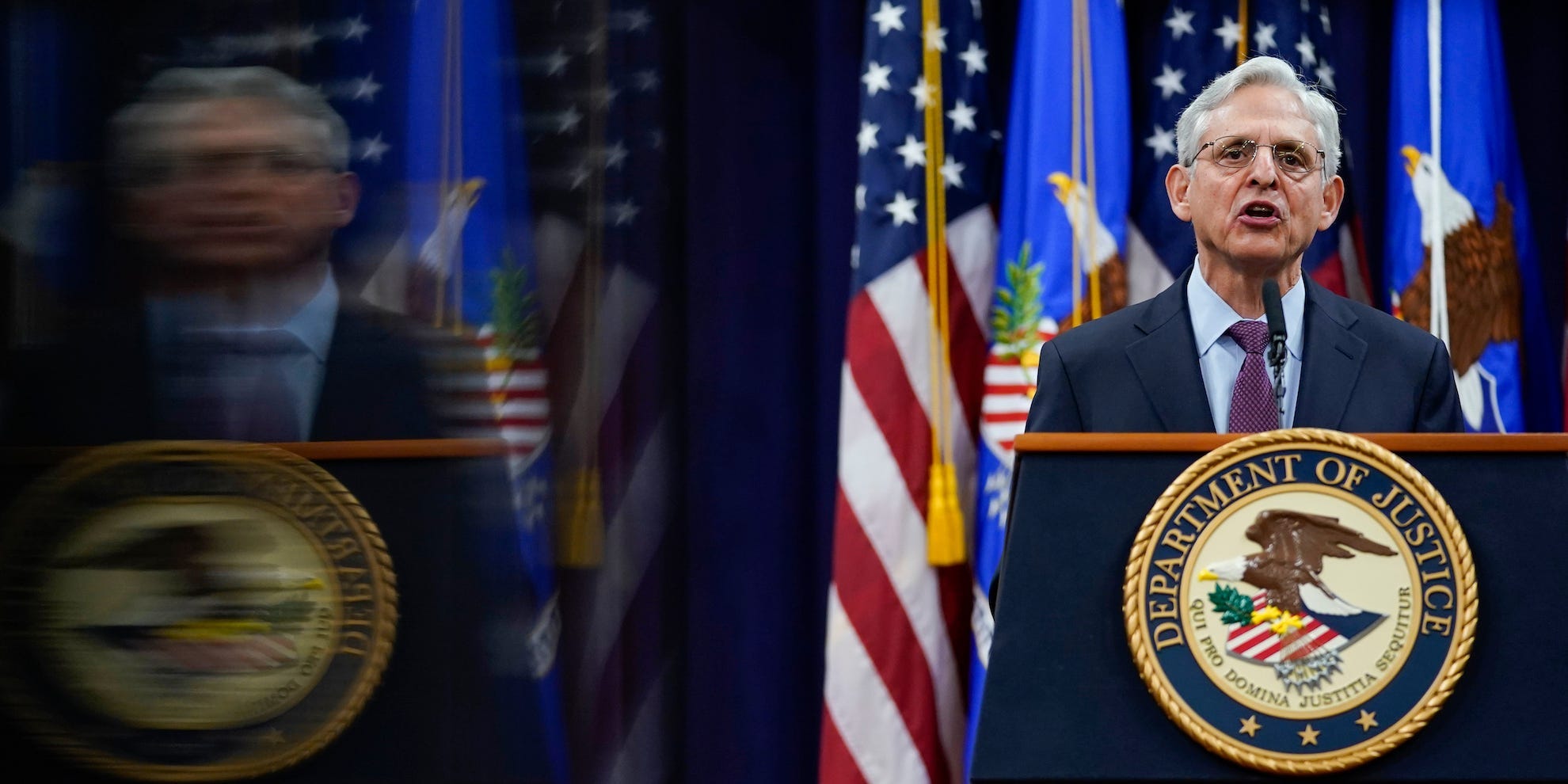 Attorney General Merrick Garland quickly won praise for his speech on the January 6 attack on the Capitol.

The pressure was on Attorney General Merrick Garland.

For months, Garland has faced criticism that the Justice Department has so far only prosecuted the proverbial low-hanging fruit — the members of the violent mob that stormed the Capitol on January 6 — without going after former President Donald Trump and his inner circle.

On the eve of the first anniversary of January 6, Garland met that frustration head-on, legal experts said. Without naming Trump, Garland urged patience and said the Justice Department “remains committed to holding all January 6th perpetrators, at any level, accountable under law — whether they were present that day or were otherwise criminally responsible for the assault on our democracy.”

“We will follow the facts wherever they lead,” Garland said.

Former federal prosecutors praised Garland’s speech as going far enough to address the appetite for holding Trump and his inner circle accountable for their role in the Capitol attack.

On social media, Garland’s speech drew applause even from a former federal prosecutor who has gained a wide following calling for Trump to be prosecuted — and venting about the lack of visible steps from the Justice Department.

Responding to a key portion of Garland’s speech, in which he said perpetrators “at any level would be prosecuted, the former federal prosecutor Glenn Kirschner said: “Amen, Mr. Attorney General.”

This being America in 2022, Garland’s speech didn’t satisfy everyone. That was evident by the streams of internet commentary from those watching his remarks live who wondered what’s taking Garland’s DOJ so long to get to the bottom of the Capitol insurrection. Indeed, another former Justice Department official who requested anonymity to speak candidly disagreed with others who say Garland struck the perfect tone.

“Bold talk indeed,” this former DOJ official said. “Many have already been prosecuted,” but it’s “getting close to the time where DOJ needs to fish or cut bait.”

The former official added: “We’re still waiting on DOJ to prosecute the easy ones, where people simply ignored a congressional subpoena.”

Garland delivered roughly 30 minutes of remarks from DOJ’s main headquarters in Washington, DC, speaking in front of a live audience that included FBI Director Chris Wray and several top department deputies. There, the former federal appellate judge and one-time Supreme Court nominee urged Americans to be patient with respect to who ultimately will be held accountable for the riots at the US Capitol that a year ago interrupted the official congressional certification of Joe Biden’s presidential victory.

“In circumstances like those of January 6th, a full accounting does not suddenly materialize,” Garland said. “To ensure that all those criminally responsible are held accountable, we must collect the evidence.” In recent weeks, House investigators have grown increasingly vocal about Trump’s potential criminal culpability stemming from January 6. For one, Republican Rep. Liz Cheney of Wyoming has spoken about the former president while making what appeared to be a direct reference to a criminal statute that has been used to prosecute hundreds of suspects in the January 6 attack: “corruptly obstructing an official proceeding.”

On Capitol Hill, some Democrats wanted to hear stronger language like that from the attorney general.

“I think Merrick Garland has been extremely weak, and I think there should be a lot more of the organizers of Jan. 6 that should be arrested by now,” Rep. Ruben Gallego, an Arizona Democrat, said on CNN several hours before Garland’s address.

“Actions speak louder than words. Americans need to have faith in the process, but Garland needs to show urgency and prove that their faith is well-placed,” a Democratic aide told Insider.

Garland did get praise following his speech from Sen. Dick Durbin of Illinois, the top Democrat on the Senate Judiciary Committee. Durbin said Garland’s remarks marked a “critical step” in the ongoing reckoning with the January 6 attack.

“It is crucial that we send a strong, clear message to the nation — and to the world — that those who incite violence against their fellow Americans will be held accountable,” he said.

He later gave a nod to the intense interest in the Justice Department’s response — and how its communications to date have fallen flat at times with those hankering for accountability.

“We understand that there are questions about how long the investigation will take, and about what exactly we are doing. Our answer is, and will continue to be, the same answer we would give with respect to any ongoing investigation: as long as it takes and whatever it takes for justice to be done — consistent with the facts and the law,” Garland said.

“I understand that this may not be the answer some are looking for,” he said. “But we will and we must speak through our work. Anything else jeopardizes the viability of our investigations and the civil liberties of our citizens.”

With that remark and others, former prosecutors said, Garland threaded the needle: He affirmed the Justice Department’s commitment to mounting a fulsome investigation without running the risk of tainting any future prosecution.

On cable news, which spent countless hours during the Trump administration noting the pressure that DOJ was under from the Republican president, analysis of Garland’s speech came quickly. Commentators in particular seized on Garland’s remark that federal investigators were committed to holding accountable people “at any level” — read, Trump — who were responsible for the Capitol attack.

“I think that’s about as close as you’re ever going to get this attorney general to say, ‘Yes, we are considering more complicated charges against individuals who may not have stepped on the Capitol grounds that day but might have been responsible for getting others there or planning those events,'” said Andrew McCabe, the former deputy FBI director and now a CNN legal analyst who frequently came under attack while serving in government during the Trump administration. “I thought to me, that was the most interesting thing he had to say about January 6.”

In giving a detailed summary of how the Justice Department approaches cases, former federal prosecutor Barb McQuade said on MSNBC Garland was speaking “clearly to the American people.”

“I think the strength of his words suggests to me that he gets it,” added McQuade, who served as US attorney in Detroit during the Obama administration. “It assures me that they are on the job.”