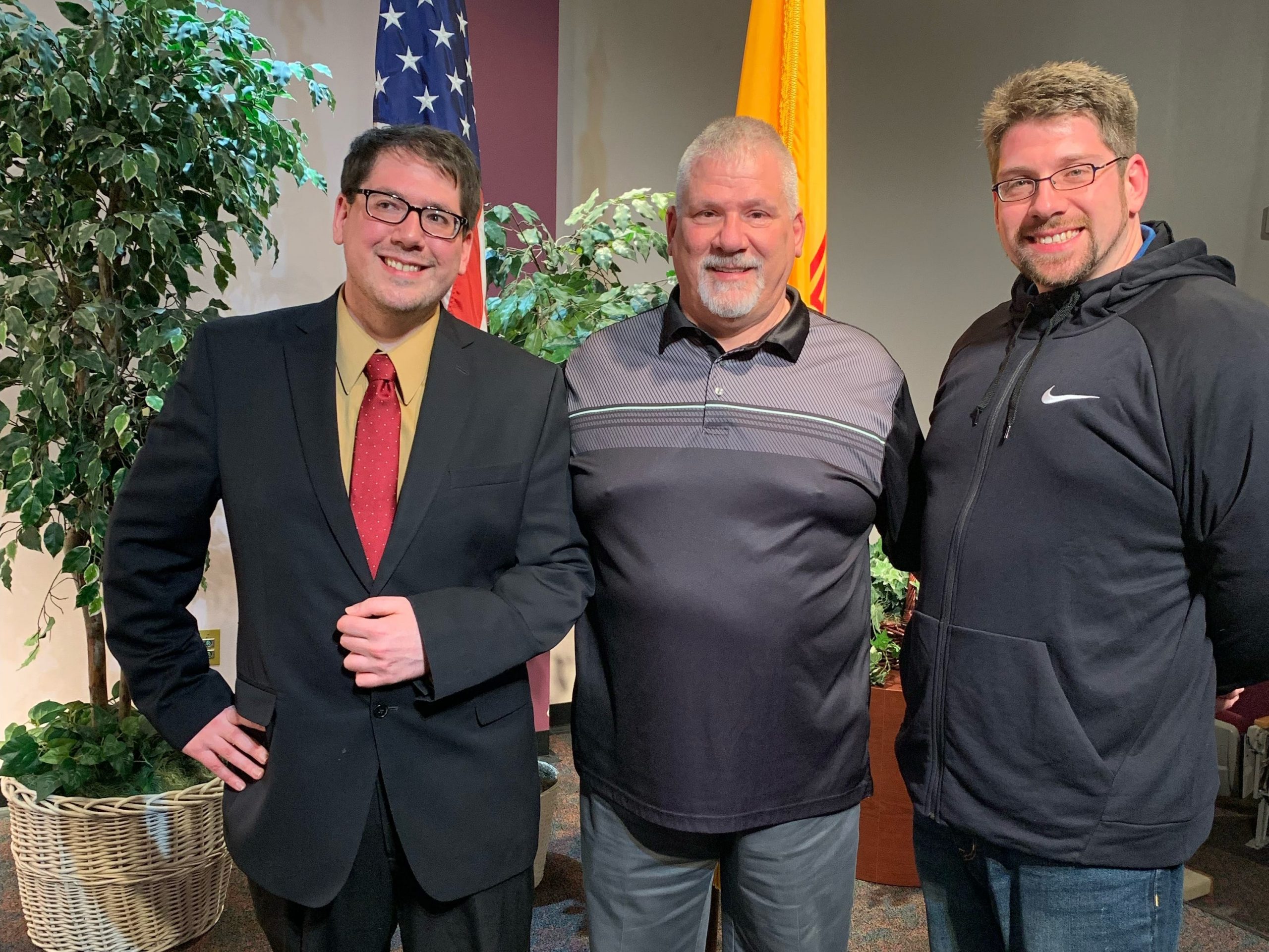 From left, Steve Pederzani with his father and brother at his law-school swearing-in ceremony.

Steve Pederzani thought going to law school was the best decision for him.

After graduating from college and working as a social worker, Pederzani, now 37, wanted to continue helping people and saw a law degree as the next big step in doing so. As a first-generation student, he said he was frequently advised by attorneys and those around him that pursuing a law degree would leave him well off — and keep a roof over his head, even while in school — so he thought taking out student loans would be worth it.

But after graduating from law school in 2017, Pederzani today has $347,000 in student debt that keeps growing. He took out graduate PLUS loans to attend Seattle University School of Law, which allowed him to cover the full cost of tuition, but medical complications with his fiancée delayed him from taking the bar exam, and their collective incomes took a major hit since his fiancée could not work.

As a result, Pederzani could no longer afford Seattle rent so he temporarily moved to Nebraska to live with his fiancée’s family. They now live in Albuquerque, New Mexico, using rental assistance and the Supplemental Nutrition Assistance Program. Graduate PLUS loans — the type of loan Pederzani took out — are the most expensive type of federal loan with the highest interest rate, now at 7.54%. They’re also likely not included in any of President Joe Biden’s relief plans, which are expected to include $10,000 in student-loan forgiveness for undergraduate borrowers making under $150,000.

Regardless, Pederzani said he had no problem paying back the amount he borrowed. In fact, he wants to. But he said he wished more people — and the president — would recognize that high-paying jobs don’t benefit everyone who pursues them.

“There are people who would find $10,000 in relief from Joe Biden as miraculous,” Pederzani said. “But there are a substantial number of people like me that are being forgotten. We’re being left behind.”

Pederzani said he chose to take out student loans to cover the full cost of attendance because he was under the assumption he would get hired once graduating and make enough income to pay the loans off. That’s hardly been the case for him. After delaying his bar exam, he reached out to his alma mater for assistance in the job hunt to no avail.

He was able to work as a clerk at a personal-injury firm for a short time but moved to New Mexico during the pandemic and jobs were in short supply.

Since then, he hasn’t been able to keep a steady income. While he is on an income-driven repayment plan that’s allowing him to make $0 monthly payments on his student loans, the interest is continuing to accrue, and he said it’d take “a lottery win or buried treasure” to get out from under it.

“We’re not doing OK,” Pederzani said. “Whoever told you that lawyers have instant tickets to the middle class, that maybe existed 10 or 20 years ago, but that doesn’t exist anymore. It’s not the same job market anymore.”

The idea that those who pursue law degrees will instantly be successful — and therefore don’t need any student-debt relief — is one Biden has touted, saying on numerous occasions that those who got advanced degrees from prestigious institutions, like Harvard or the University of Pennsylvania, didn’t need loan forgiveness. Some lawmakers have made that argument, too: GOP Sen. Tom Cotton wrote on Twitter that if Biden canceled student debt, taxpayers would have to pay “the law school loans of a lawyer earning $300,000.”

According to the Education Department, about 70% of law students leave school with debt, with the average amount totaling about $138,500. And a survey by the American Bar Association in 2020 found that debt from law school had caused some graduates to “lie awake at night worried,” leaving them in “constant anxiety and stress” that forced many of them to push off buying houses or getting married.

Pederzani can attest to that — he said he had put off buying a house and adopting a child because of the debt. While he hopes he can pay it off eventually, it’s out of the question right now.

“We don’t even have enough money for rent next month,” Pederzani said. “Paying off student loans is the last thing on my mind right now.”