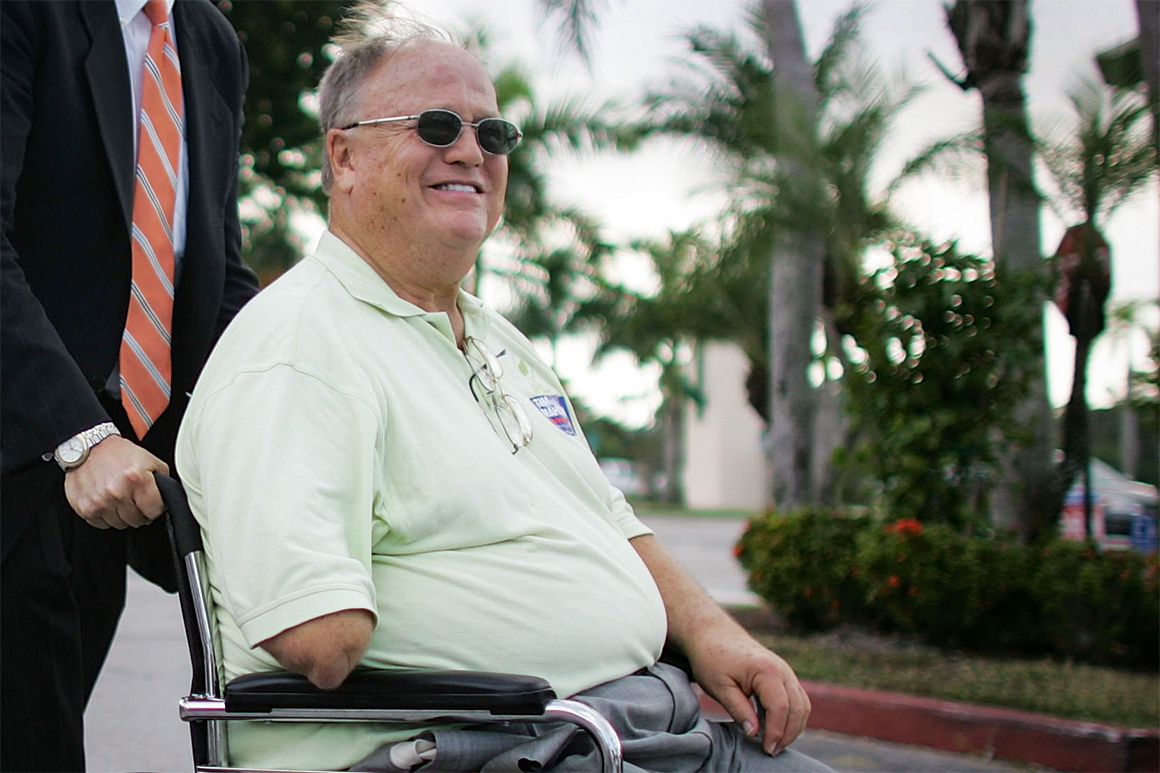 Long before he was a U.S. senator, Max Cleland, who died this year at 79, was a U.S. Army captain, a soldier’s soldier who earned Silver and Bronze Stars for valor in Vietnam. At the Battle of Khe Sanh, he lost both legs and his right arm, but he was never given to complaining. Like the late congressman and civil rights leader John Lewis, who would let children touch the scars he carried from his police beating on the Edmund Pettus Bridge, Max would encourage gawkers to rub the stump of his arm as if it were Buddha’s belly. Quoting Ernest Hemingway, he would say he was “strong in all the broken places,” knowing the scars he carried were a source of inner strength, tangible proof of his commitment to American democracy.

I first met Max in 1992, when another Vietnam veteran, Sen. Bob Kerrey of Nebraska, was seeking the Democratic nomination for president, with Max’s support. I was a young American history professor, and Max was already a political legend, now serving as Georgia’s secretary of state. Our shared Atlanta roots helped us develop a quick and easy shorthand. Over the next decade, we became so close that my wife, Anne, and I named our baby son Johnny Cleland Brinkley, and Max — whose Vietnam injuries had prevented him from ever having children of his own — became a doting uncle, sending gifts like a Teddy bear with U.S. Army dog tags and DVDs of vintage Hollywood westerns. Frequently, he called me to ask, “How is little Cleland?” A couple years ago, following a bout of near-fatal illness, Max sent Johnny his U.S. Senate nameplate as a souvenir remembrance.

Over the past two decades, my family often would visit Max’s Buckhead apartment and take him to dinner, where he would hold forth about Braves baseball, Georgia Tech football, Keynesian economics and the music of Johnny Cash. Everybody, it seemed, wanted a hug or a picture with Max. And who could blame them? Max was void of elitism and artifice, and suffused with good karma, charming everyone with his down-home disposition, his faithful merriment and his wide Tom Sawyer grin. He loved telling comic stories about his service days, but he would also speak about his battle with PTSD and, if asked, would recall the spring day when a “friendly fire” M26 grenade, accidentally dropped, had shredded his body in one earthshaking moment. Rushed to a field hospital for emergency surgery, he somehow survived and was sent stateside for treatment at Walter Reed Army Medical Center outside Washington.

After Max was released from the hospital eight months later, an old girlfriend pushed him in his new wheelchair around the nation’s capital. Outside the White House, the chair hit a curb and Max tumbled to the pavement. “I remember trying to lift myself out of the dirt,” he told me in an interview for one of my books. “There were cigarette butts and trash in the street right alongside me.” That degrading moment, along with his fury about President Richard Nixon’s Vietnam War policy and the poor care being given his fellow veterans, set Max on a new path. “Politics became my therapy,” he said, “forcing me to get out of the house and be seen.”

In 1969, Max testified before the Senate Committee on Veterans’ Affairs, describing his fellow veterans’ hardships after returning home. The next year, he won a seat in the Georgia legislature, where he promoted a Vietnam peace plan that traded immediate U.S. withdrawal for the release of all American prisoners of war. A year later, on April 22, 1971, he watched on television as fellow Silver Star winner and future Massachusetts Sen. John Kerry testified before the Senate Foreign Relations Committee, articulating exactly what Max himself felt. “Kerry’s words still bolt right through what’s left of my body,” Max told me in 2003. “When he said, ‘How do you ask a man to be the last man to die for a mistake’ — that was gutsy. Kerry understood that, for someone like me, seriously wounded, our tour of duty had just begun.” From that moment onward, Max vouched for all his generation’s veterans, whether homeless, addicted to morphine or haunted by their own actions during wartime.

Max spent four years in the Georgia state Senate, then went to Washington to work with the Veterans’ Affairs committee. In 1977, new President Jimmy Carter appointed him administrator of the Veterans Administration, and in 1982 he returned home to become the youngest secretary of state in Georgia history, holding that position until announcing a U.S. Senate bid in 1995. In the following year’s election, he defeated his Republican opponent by just over 30,000 votes. Even though Bill Clinton was president, Max forged his own path in Washington, dismissing the era’s centrist New Democrat mantra. “I’m an FDR Democrat,” he would thunder. “I’m a Jimmy Carter and Sam Nunn Democrat. But I’m not a New Democrat. I’m a blue-dog Democrat to the very fiber of my being.”

As a senator, Max became a leader on environmental, civil rights and national security issues, and developed close friendships with his fellow Vietnam vets in the chamber, both Democrats and Republicans: Bob Kerrey, John McCain, Chuck Hagel, Chuck Robb and John Kerry. In September 2003, when Kerry announced his bid to defeat President George W. Bush in the next year’s election, Max was all in. On the campaign trail, he proved to be Kerry’s best surrogate, handing out copies of my own recently published book about the candidate’s Vietnam years to help win over voters. Whether braving an ice storm in Des Moines or a low-level blizzard in Nashua, Max would work the crowd with delight, using his left arm like a piston to wheel himself around.

My best memory of that campaign, though, was from Charleston, S.C. Kerry had just delivered an uplifting speech at a Naval yard rally when Max, his backstage wingman, privately presented him with an irreplaceable gift. “Brother,” he said, placing his family Bible into Kerry’s hands, “I want you to keep it with you at all times.” Speechless for a moment, and full of emotion, Kerry refused. “Man, I can’t,” he said. “It’s your family bible. I’m afraid to lose it.” But Max insisted, explaining how his mother and father had read to him from that Bible when he was a boy. “You’ve got to keep it, brother,” he said. “You’ve got to win. It’s your duty.” Kerry just peered at his friend with a look of awe and love. Then he leaned down and embraced Max’s ravaged frame. “I know,” he whispered back. “I will. I won’t let us down.”

At the Democratic Convention in Boston that year, Max introduced Kerry with a romping testimonial about his party’s nominee being a “son of liberty” and “a brother in arms.” The crowd went wild when Kerry took center stage, saluted and said, “Reporting for duty.”

It sickened Max that the Republican Party smeared Kerry in 2004 with the infamous Swift Boat attacks. Defending veterans — dead and alive — from criticism was Max’s forte. President Barack Obama knew that when he appointed Max as head of the American Battle Monuments Commission from 2009-2017, to oversee U.S. military cemeteries and memorials outside the United States. “This is my dream job,” Max told me. “I get to make sure all of our heroes’ graves are swept clean.”