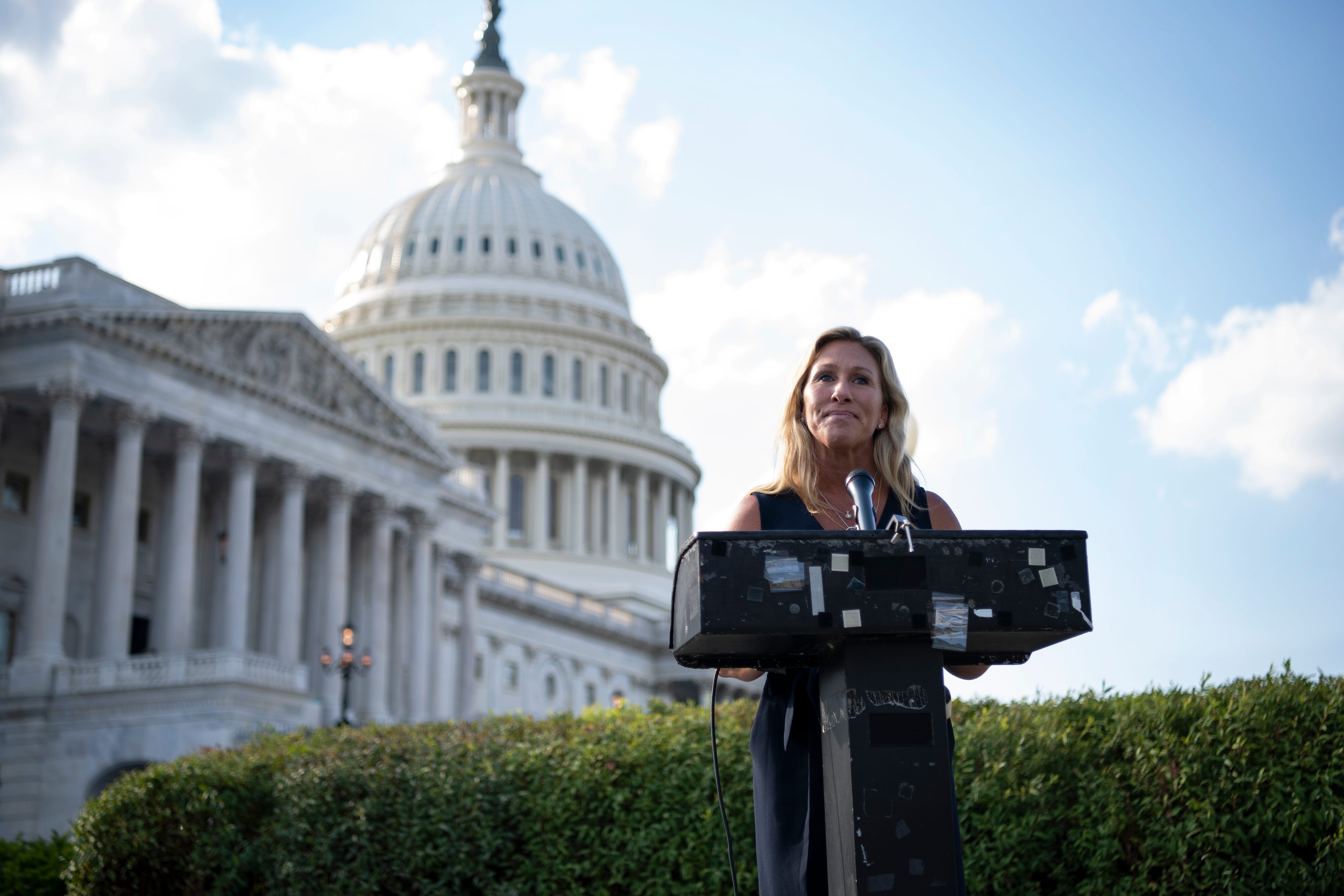 Rep. Marjorie Taylor Greene, R-Ga., holds a news conference to apologize for her recent remarks equating mask mandates with the Holocaust in Washington on Monday, June 14, 2021.

The Georgia Republican posted a statement about her account on GETTR, the conservative social media platform launched by Jason Miller, who was the chief spokesman for former President Donald Trump’s 2016 campaign and a senior advisor for the former president’s 2020 campaign.

“Facebook has joined Twitter in censoring me. This is beyond censorship of speech. I’m an elected Member of Congress representing over 700,000 US tax paying citizens and I represent their voices, values, defend their freedoms, and protect the Constitution,” Greene wrote.

She continued: “Who appointed Twitter and Facebook to be the authorities of information and misinformation? When Big Tech decides what political speech of elected Members is accepted and what’s not then they are working against our government and against the interest of our people.”

Greene posted a screenshot which read: “You can’t post or comment for 24 hours. This is because you previously posted something that didn’t follow our Community Standards.”

Since taking office last year, the congresswoman has become a lightning rod of controversy on Capitol Hill, from her confrontations with fellow lawmakers to her endorsement of political violence on social media.

Last February, only weeks after assuming office, she was stripped of her committee assignments, an extraordinary move taken by the Democratic-controlled House after the congresswoman promoted a range of conspiracy theories and her inflammatory online posts attracted the attention of fellow members.

Greene has been a fierce critic of mask mandates and has repeatedly ignored the House’s mask rules. Last month, The New York Times reported that the congresswoman and Rep. Andrew Clyde of Georgia were collectively fined over $100,000 for refusing to abide by the the lower chamber’s directive on face coverings put in place by Speaker Nancy Pelosi of California.

In July, she compared President Joe Biden’s push to vaccinate Americans against the coronavirus to the Nazi regime.

“Biden pushing a vaccine that is NOT FDA approved shows covid is a political tool used to control people,” she tweeted in July. “People have a choice, they don’t need your medical brown shirts showing up at their door ordering vaccinations. You can’t force people to be part of the human experiment.”

Since the congresswoman made her aforementioned statement, the Food and Drug Administration has issued full approval for the Pfizer-BioNTech vaccine.