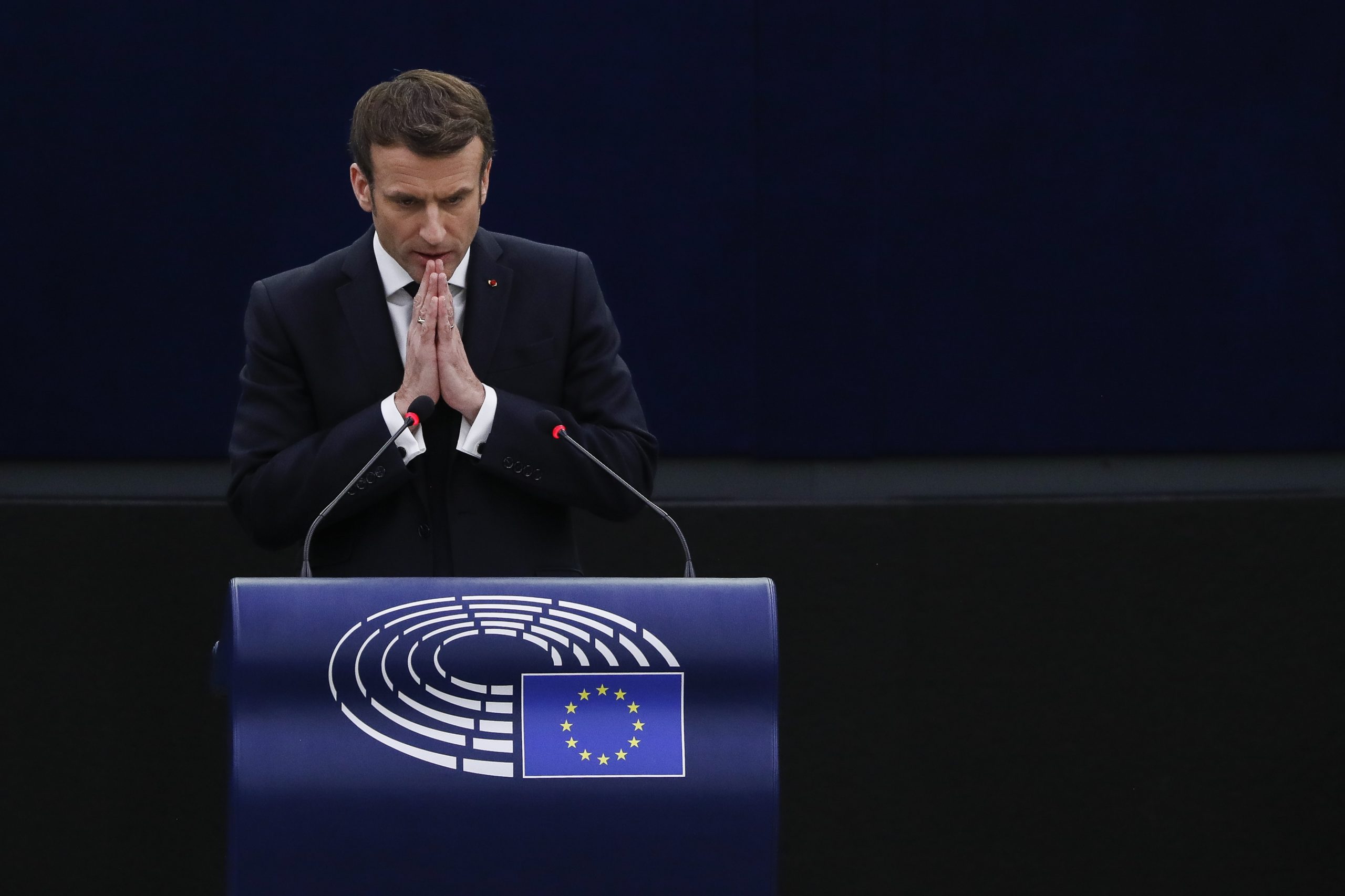 Emmanuel Macron came to the European Parliament to offer soaring oratory about the EU’s future. He ended up in a French presidential campaign brawl.

On Wednesday, the French president traveled to Strasbourg to sell MEPs on the ambitions of France’s six-month presidency of the EU. He stumped for a revived Europe, preaching the urgent need to build a “unique model in the face of great challenges of the century.”

Then he stepped away from the lectern — and French politics took over.

Another MEP — Yannick Jadot, running as the Greens’ presidential candidate in France — used his turn to lash out at Macron over his “climate inaction.”

At one point, European Parliament President Roberta Metsola, only a day into her new job, intervened, trying to pull the session out of the domestic political fray.

“This is not a national debate,” she interjected.

The back and forth illustrates the degree to which France’s presidential election looms over the country’s rotating EU presidency. Although Macron has not officially announced he will seek a second term, his priorities for the EU presidency closely mirror some of his expected campaign themes: proving Europe can benefit France, pushing migration reform, reforming the visa-free Schengen travel zone.

But in the Parliament building, not everyone was pleased with a French presidential race hijacking the plenary session.

Weber, who heads the conservative European People’s Party, drew groans from the chamber when he put in a plug for conservative Valérie Pecresse, who has surged in the polls to become a serious rival to Macron.

“I am happy that now with Valérie Pecresse, we have a real competition at the center of the landscape,” Weber said.

Jadot even sparked some intra-group squabbling with his pugnacious speech, during which he begged Macron to “take care of the great warming.”

On Twitter, MEP Reinhard Bütikofer, a German member of the Greens, went after all the campaign posturing.

“This EP debate, purportedly to discuss the EU agenda for the first half of 2022 under the French presidency, has been turned into a messy and free-for-all French campaign event,” he tweeted. “So happy, we can afford that, because we have no real external challenges to our EU.”

Yet fellow German MEP Terry Reintke, vice-president of the Greens, had the exact opposite reaction. On Twitter, she proclaimed that Jadot had defended “the Europe that all European environmentalists want.”

And so the French political parade continued into the afternoon.

“Mr. President of the Republic, how can you claim that you are reuniting Europe when you have been dividing France until the end?” Bardella asked.

French MEP Manon Aubry, co-leader of the Parliament’s The Left group, called Macron’s achievements in Europe based on “arrogance, powerlessness and plotting.”

Aubry even lashed out at Macron for supporting Metsola for Parliament president, given her opposition to abortion, only hours before using his speech Wednesday to call for abortion rights to be added to the EU’s charter of fundamental rights.

“It’s not enough to include the abortion right in the charter of fundamental rights,” Aubry said. “It is still necessary for you to defend [it] … and not collude with states like Poland, which destroy this fundamental right to control one’s own body.”

Many left-wing MEPs boycotted the presidential vote on Tuesday over the issue.

When it was his turn to reply, Macron clapped back at Aubry.

“You said something that rings very true,” he said, turning to the lawmaker. “You said, and I am quoting you, ‘The French presidency should not be a stepping stone for the elections.’ And I think you are absolutely right. And so some of you here were right not to do so.”

The line received applause throughout the room.

Macron got backing from other prominent Parliament leaders throughout the day.

“We all have ideological differences here,” Spanish MEP Iratxe García, leader of the Socialists & Democrats group, said at one point. “But nevertheless, please let’s be respectful.”

“We will have the opportunity to campaign,” she added. “But this isn’t the right time.”