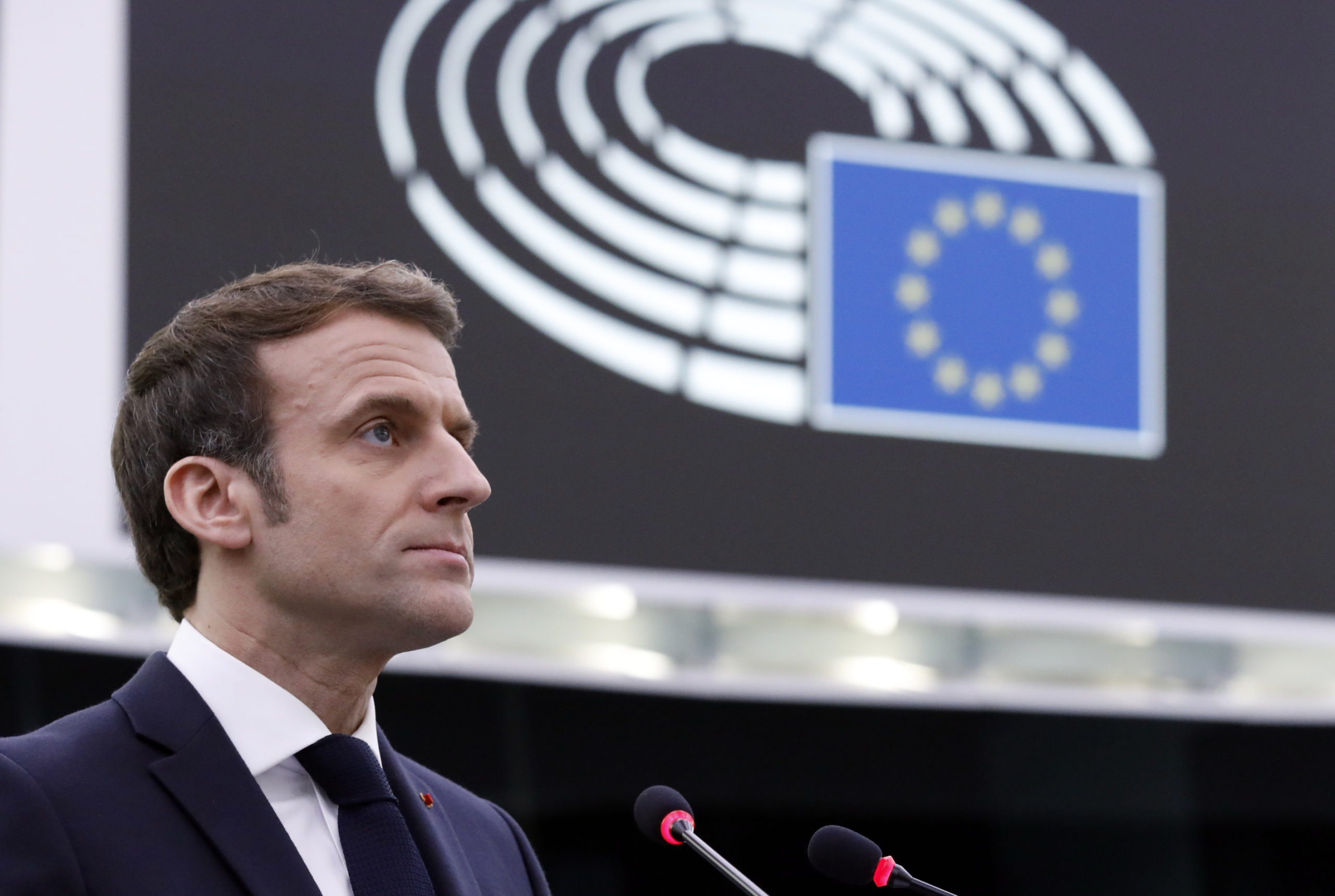 Speaking at the European Parliament in Strasbourg, Macron pitched his idea as a vital need for Europe to affirm its sovereignty. The suggestion comes as the U.S. and NATO have so far failed to convince Moscow to pull back nearly 100,000 troops from the border with Ukraine.

“The next few weeks must lead us to finalize a European proposal building a new security and stability order, we must build it among Europeans, then share it with our allies in NATO and then submit it to negotiation with Russia,” Macron said in a speech marking the start of the French EU presidency, which began on January 1.

The overture is Macron’s latest attempt to elbow France and Europe onto the global diplomatic chessboard, which has historically been dominated by the U.S. and Russia.

He made the proposal after affirming that EU member countries need to “give themselves the means to enforce our requirements” and make their voice heard on strategic armament, conventional arms control and respect of the sovereignty of European countries.

Macron, who has struggled to convince his EU partners of the need for Europe to take its security into its own hands, refrained from further specifying the contours of this new “order” or how he plans to develop it.

In 2019, he launched a bilateral strategic dialogue with Russia to agree on a new “architecture of security” for the Continent. Yet the initiative blindsided Eastern European and Baltic countries and ultimately came up empty.

In recent months, Russian President Vladimir Putin further rebuffed Macron’s efforts to have a place at the negotiating table when he effectively cut France and Germany out of talks over the crisis in Ukraine. In November, Russian Foreign Minister Sergey Lavrov refused to participate in a meeting in Paris for a so-called Normandy Format meeting — a dialogue featuring French, German, Russian and Ukrainian officials — favoring bilateral talks with the U.S. instead.

Macron’s speech Wednesday lasted half an hour and touched on the main pillars of his European vision, including rule of law, big tech regulation, minimum wage and climate.

Macron also called for abortion rights to be explicitly added to the EU’s charter of fundamental rights, a pointed remark that comes after Roberta Metsola, a Maltese MEP who opposes abortion, was elected as the new European Parliament president.