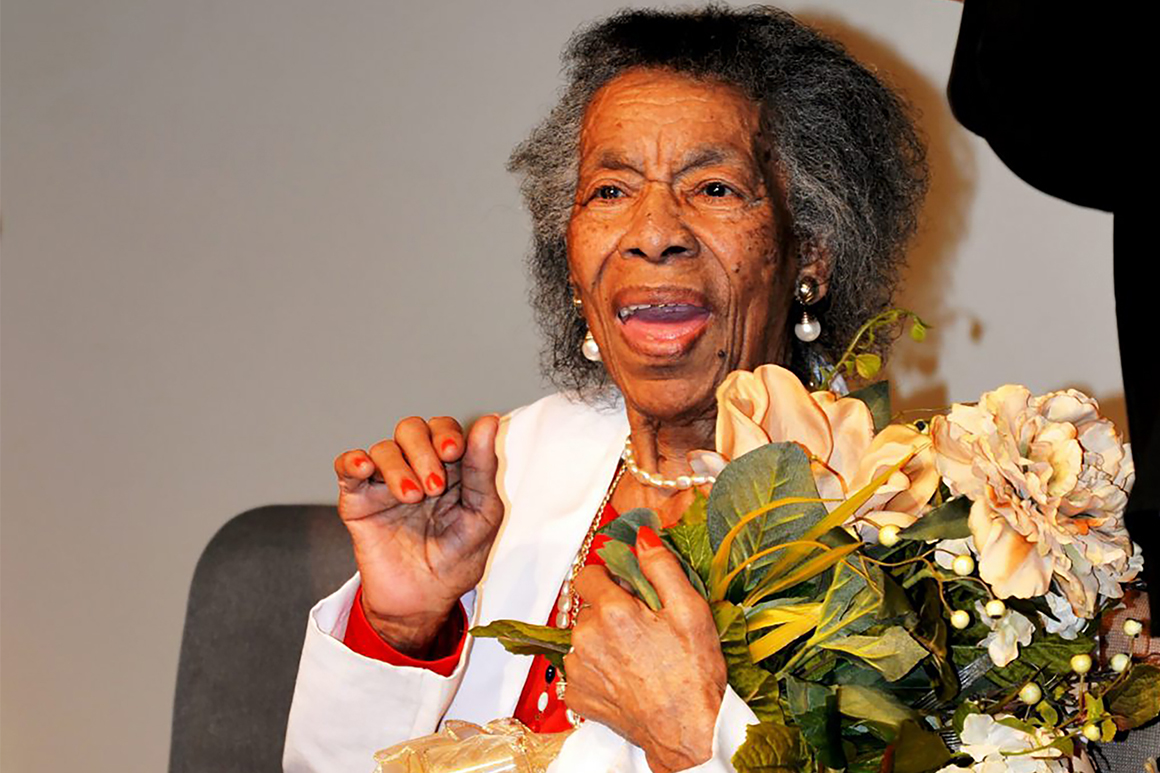 For Lucille Times, the struggle over segregated transportation began not over a seat on a bus, but when a Montgomery city bus nearly ran her car off the road. There, in the Alabama city that soon became home to a bus boycott that defeated Jim Crow travel, Times was caught in the crosshairs of what historian Mia Bay has termed “traveling Black,” a struggle that ran through battles over street cars, trains, buses and open highways. When Rosa Parks was arrested, on Dec. 1, 1955, for holding fast to her seat, also on a Montgomery bus, Times already was nearly six months into a campaign that aimed to end the denigration to which city bus drivers subjected Black citizens. She was both a pioneer and one among many of the Black women foot soldiers for justice during the modern Civil Rights movement.

When she died this past summer, Times was just a few months past her 100th birthday. She was born into America’s apartheid — Jim Crow — in Hope Hull, Alabama. There, Black women confronted a dilemma: The year before Times’ birth, in 1920, the 19th Amendment had prohibited states from denying women the vote as women, but too many Black women in Alabama remained barred from polling places. Nor could they travel freely, at least not since 1896, when the Supreme Court had approved “separate but equal” in the case of Plessy v. Ferguson. Times’ prospects were hemmed in by Jim Crow and its segregation, disenfranchisement and violence.

The Supreme Court might have given constitutional license to segregation, but Times knew better. Perhaps it was her time spent with relatives in Detroit, where she had seen a grocery store boycott, that impressed upon her that segregation need not be the rule. Certainly, it was her proximity to Montgomery’s fabled chapter of the NAACP, headed by labor leader E.D. Nixon. Settled there with her husband, Charlie, Times hosted Black Montgomery at their Times Café on Holt Street. The restaurant is remembered for welcoming local activists alongside movement luminaries including Martin Luther King Jr. Today, a marker placed by the Alabama Historical Commission memorializes that spot and those years.

When Times navigated Montgomery, riding in the family car let her avoid the indignity of “back of the bus” accommodations. Still, that did not insulate her from the troubles of traveling Black. In June 1955, while she was behind the wheel of her Buick LeSabre, a white bus driver named James Blake veered his bus toward her car and tried to force her off the road. Hot words led to the exchange of blows, and, before the incident was over, Times was struck by Blake and then by a police officer who arrived on the scene. Violence, her story recalls, was unavoidable in the struggle against Jim Crow. On that day, Times joined an old and venerable political tradition among Black women who had long defended themselves against assault. For more than a century before her confrontation, Black women had been traveling, taking their seats, holding fast to them — and then giving as good as they got when white men placed hands upon them. Times brought that tradition to the roadway.

Times was more outraged than injured, and she went to see Nixon, the NAACP head, to urge the organization of a bus boycott. Nixon counselled caution, but Times struck out on her own, slowing down at bus stops to offer Black riders a seat in her car and raising funds for a full-fledged campaign. When Parks, herself an NAACP leader, refused to surrender her seat to that same bus driver, Blake, few understood the stakes better than Times. The Montgomery Bus Boycott followed: Over 382 days, scores more of the city’s Black women and men traveled by car and by foot, avoiding buses nearly altogether. Their resistance, buttressed by the Supreme Court decision in Browder v. Gayle, landed a critical blow against segregated bus travel.

Neither Times nor the Civil Rights movement can be reduced to any given episode, even one as consequential as a confrontation with a Montgomery bus driver. It took the courage of thousands of Black activists and their allies, spanning decades, to bring Congress, President Lyndon B. Johnson and the nation as a whole around to the cause of Black freedom. Times lived that struggle, not on a single day, but across a lifetime. She marched to demand long-denied voting rights, for example, alongside scores of others in the March 1965 trek from Selma, Alabama, across the Edmund Pettus bridge, and on to the state capital in Montgomery, despite the violence that preceded the journey. Just months later, in August, Johnson signed the Voting Rights Act into law.

Times’ life was far more than a contest over who was first to defy Montgomery’s bus drivers. She was — as a café owner, a driver “while Black” and a foot soldier among many — a force for lasting change.