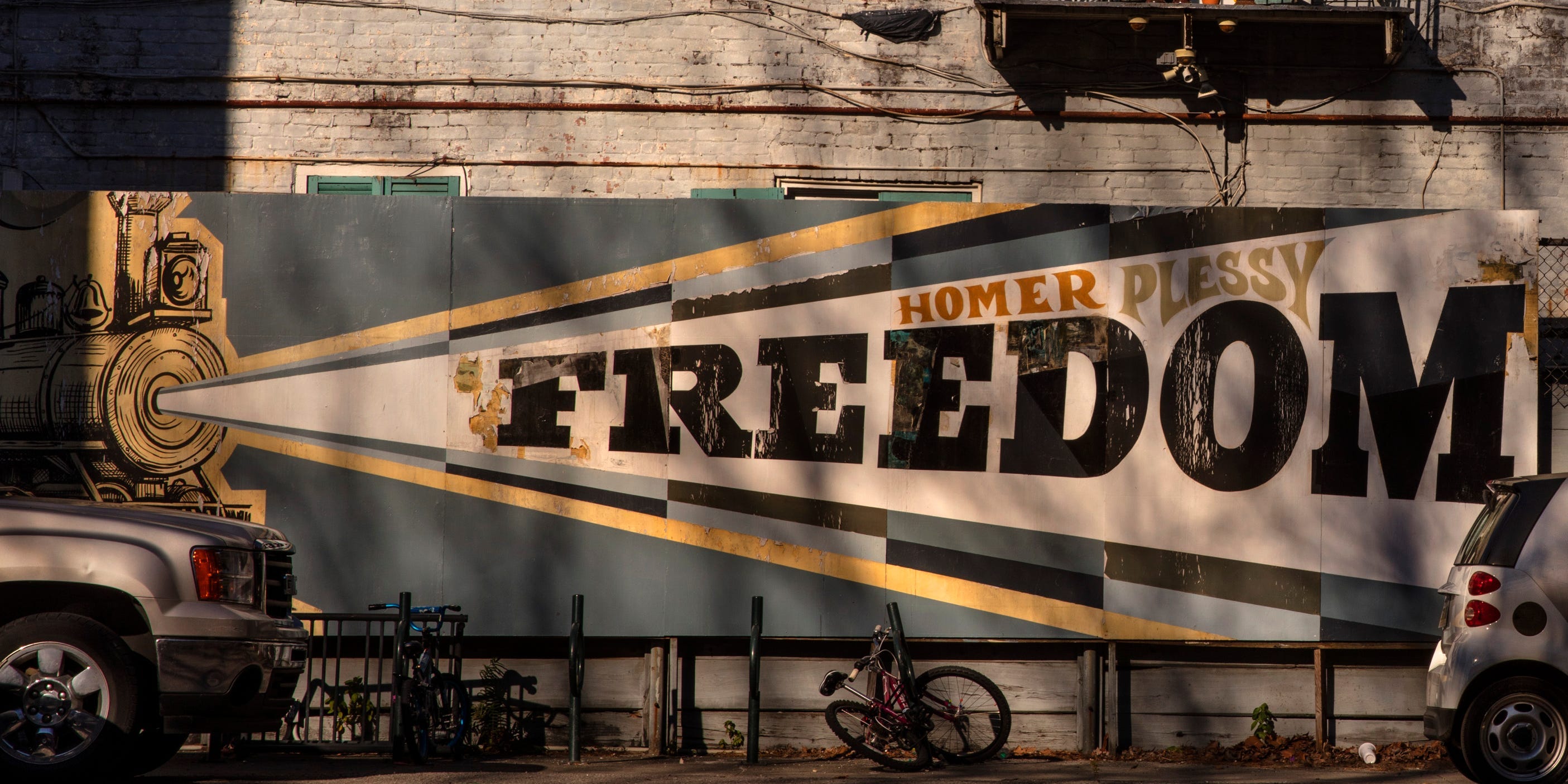 “While this pardon has been a long time coming, we can all acknowledge this is a day that should have never had to happen,” Edwards said during the pardon ceremony.

Plessy, a 30-year-old Black man, had been arrested while attempting to overthrow a law enforcing “whites-only” train cars.

On June 7, 1892, Plessy boarded the “whites-only” section on a segregated Louisiana train in New Orleans and refused to move to the “colored-only” car. He was subsequently arrested at the next stop.

Plessy argued in court that the segregation law — Louisiana’s Separate Car Act — was unconstitutional, violating the 13th and 14th Amendments that outlawed slavery and gave citizenship to African Americans.

Plessy v. Ferguson was argued in the United States Supreme Court in 1896, but the justices sided with the segregationists. The only dissenting vote was Justice John Marshall Harlan.

The decision became the catalyst for a half-century of “separate but equal” laws that kept Black people in segregated schools, jobs, housing, theaters, and restaurants.

Eight months after the 1896 ruling, Plessy pleaded guilty to violating the state law, and was fined $25. He died in 1925.

Over a century after his guilty plea, Plessy’s conviction was finally wiped clean.

“This is truly a blessed day for the ancestors and the elders,” Keith Plessy, a relative of Homer, said at the pardon ceremony. “I thank you with all my heart, on behalf of my family, on behalf of the Ferguson family, the Harlan family. Homer Plessy will have his way today.” Keith Plessy and Phoebe Ferguson, descendants of the principals in the Plessy V. Ferguson court case, pose for a photograph in front of a historical marker in New Orleans, on Tuesday, June 7, 2011. Homer Plessy, the namesake of the U.S. Supreme Court’s 1896

The pardoning ceremony on Wednesday took place in front of where Homer Plessy was arrested.

Relatives of both Plessy and Judge John Howard Ferguson, the judge who oversaw his case in Orleans Parish Criminal District Court, were in attendance, according to the Associated Press.

“We hope that the efforts on behalf of Homer Plessy will inspire others who have also been unjustly convicted for opposing racial segregation in this state,” said Phoebe Ferguson, the third great-granddaughter of Judge Ferguson. “The official pardon of Homer Plessy and the recognition of his wrongful conviction by the state of Louisiana does not end our work. Rather it inspires us to continue with the effort to educate about our history and to advocate for justice and equality.”