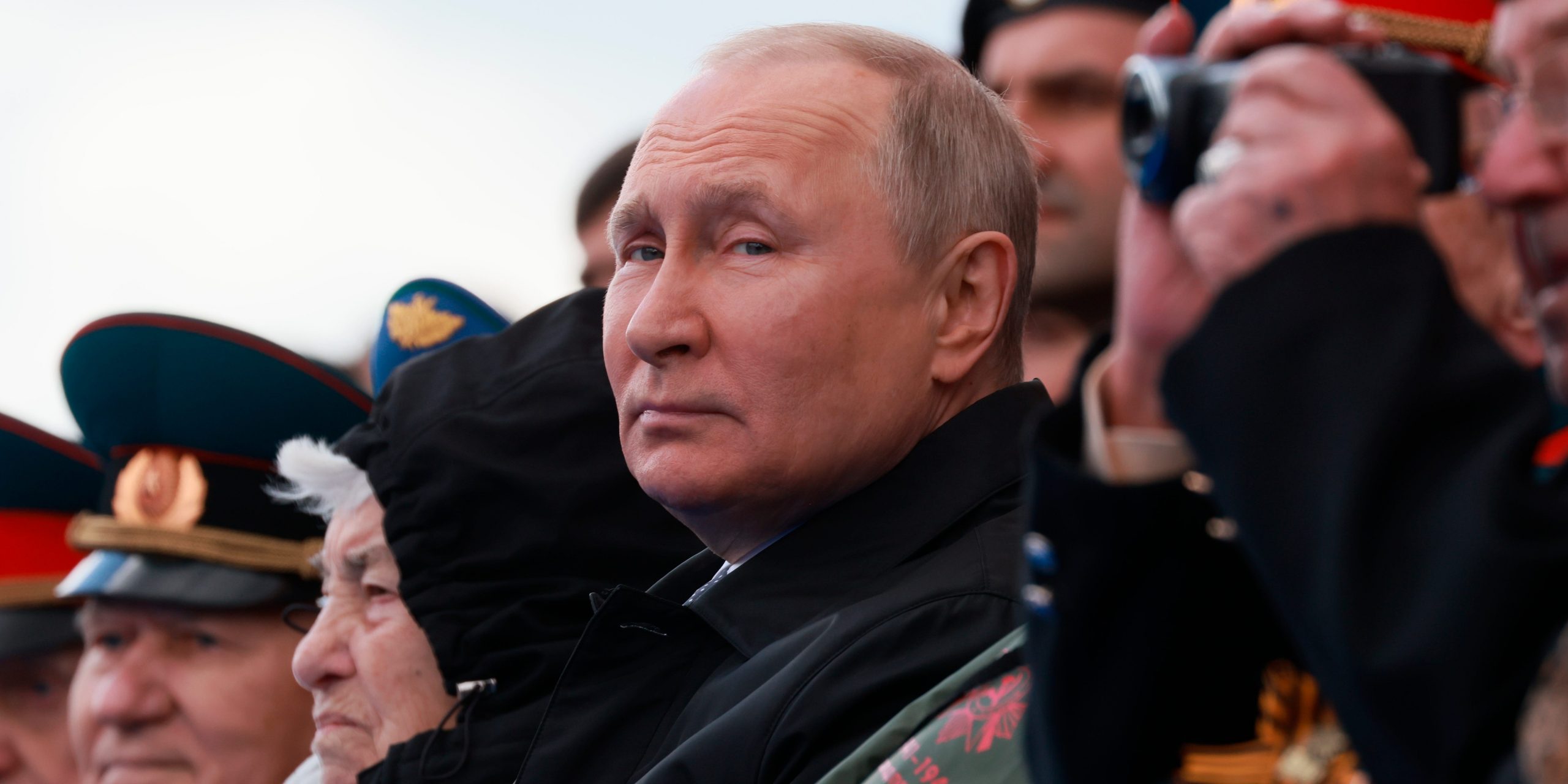 Russian President Vladimir Putin looks on during the Victory Day military parade marking the 77th anniversary of the end of World War II in Moscow, Russia, Monday, May 9, 2022.

Lithuania, a member of NATO and the EU, angered Russia by blocking some goods travelling between mainland Russia and a crucial city outside.

The region of Kaliningrad is physically separated from the rest of Russia, and Lithuania is one of the countries that lies between them. A map showing how Lithuania lies between Russia and Kaliningrad.

Lithuania was a part of the Soviet Union, and along with most of its other neighbors have an antagonistic relationship with Russia, exacerbated by the invasion of Ukraine.

The country had allowed rail and road links between mainland Russia and Kaliningrad to continue — until recent days.

Lithuania on Saturday stopped the transit of materials including coal, metals, and advanced technology, saying it was imposing EU sanctions on those materials that had just come into effect.

Anton Alikhanov, the governor of the Kaliningrad region, said the ban covers around 50% of the items that Kaliningrad imports, the BBC reported. The move provoked a furious response from the Kremlin.

Nikolai Patrushev, the secretary of the Security Council of the Russian Federation, said that Russia “will certainly respond to such hostile actions” and predicted an unspecified “serious negative impact on the population of Lithuania.”