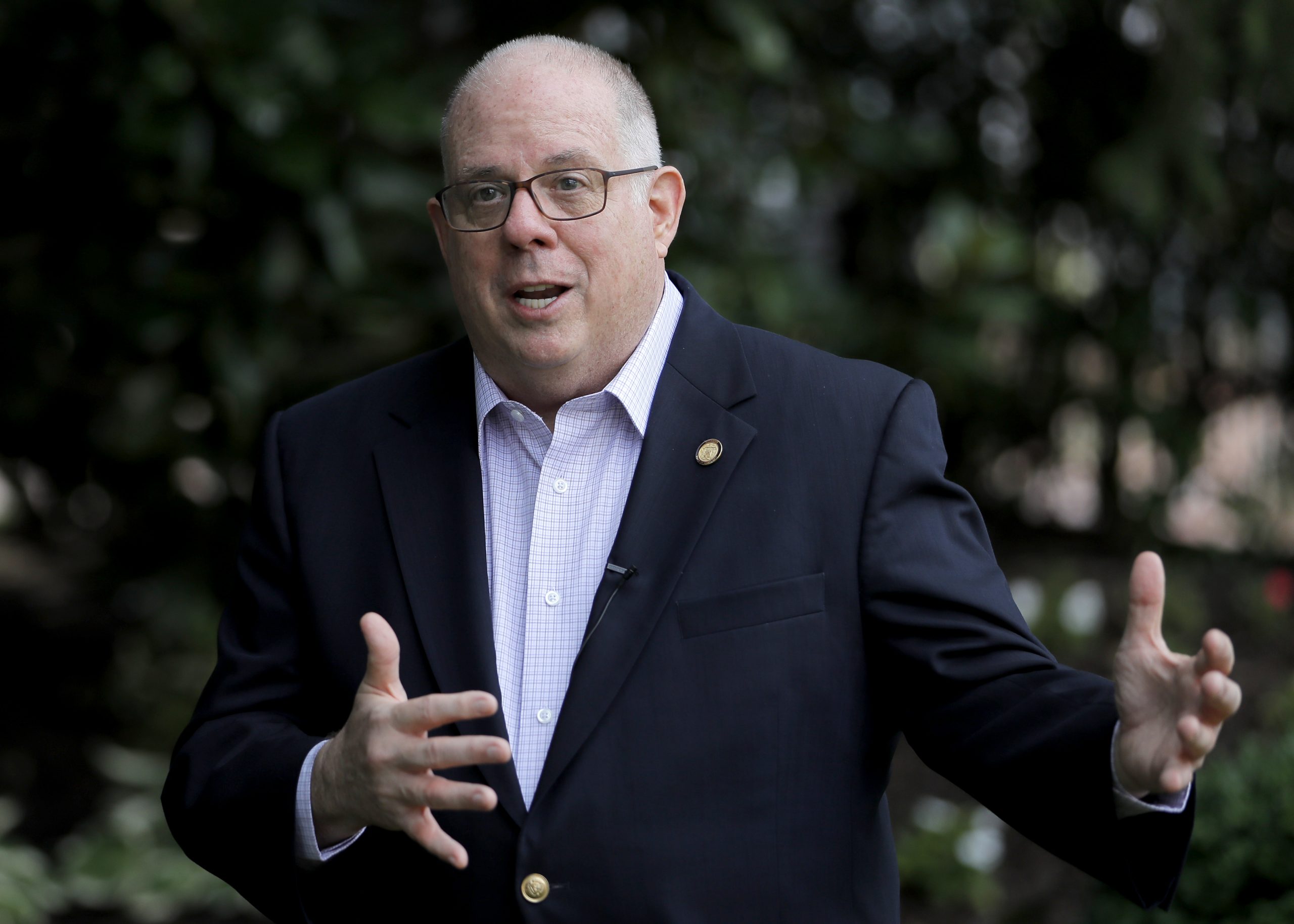 Gov. Larry Hogan of Maryland signaled on Wednesday that he opposed the gubernatorial candidate backed by Donald Trump, the latest escalation of a proxy war between the term-limited Republican governor and the former president.

Hogan, whose exit from office represents one of the best pickup opportunities for Democrats in November, said that Trump “selfishly colluded” with a Democratic funding group to back state Del. Dan Cox in a move that could cost Republicans a governorship this fall.

“Trump lost Republicans the White House, the House, and the Senate,” Hogan wrote on Twitter. “He’s selfishly colluded with national Democrats to cost us a Governor’s seat in Maryland where I ran 45 points ahead of him. He’s fighting for his ego. We’re fighting to win, and the fight goes on.”

The tweet comes after Cox clinched a victory in his primary battle on Tuesday, defeating former state Commerce Secretary Kelly Schulz, a moderate who was backed by Hogan. Cox is set to face Wes Moore, a political newcomer and bestselling author backed by Oprah Winfrey, as his Democratic opponent in the general election.

Cox’s win was praised by Trump loyalists and is being viewed by some as part of a broader battle between two competing visions for the party.

Trump was among those who praised the victory, and he also took aim at Hogan just before the race was called, saying: “RINO Larry Hogan’s Endorsement doesn’t seem to be working out so well for his heavily favored candidate. Next, I’d love to see Larry run for President!”

But the win also excited some on the other side of the aisle, after the campaign got a boost from an unlikely source: the Democratic Governors Association, which touted Cox’s pro-Trump record and policies in a strategy aimed at making Democratic candidates more desirable in the general election.

“Ultimately, Democrats want to run against the weakest candidate,” Democratic strategist Don Calloway said on MSNBC on Wednesday, saying that Cox is “crazy enough to be repulsive to the moderate or undecided voter.”

A Trump loyalist, Cox called former Vice President Mike Pence a “traitor” after he certified election results for Joe Biden during a joint session of Congress on Jan. 6, 2021. Cox also reportedly arranged buses to Trump’s Jan. 6 rally, where the then-president urged his supporters to march to the Capitol.

Cox’s positions have raised tensions with more moderate members of the party, including Hogan.

During the early days of the pandemic, Cox called for the governor’s impeachment over stay-at-home orders and other measures aimed at stopping the spread of Covid-19. Cox alluded to the rivalry during his victory speech on Tuesday.

“We will never again give over our bodies, our churches and our businesses to a lockdown state,” Cox said.

Hogan, who has served two terms, remains highly popular in a state where registered Democrats outnumber registered Republicans 2-to-1. A recent poll from Goucher College showed that 84 percent of Democrats would not consider supporting Cox during the general election.