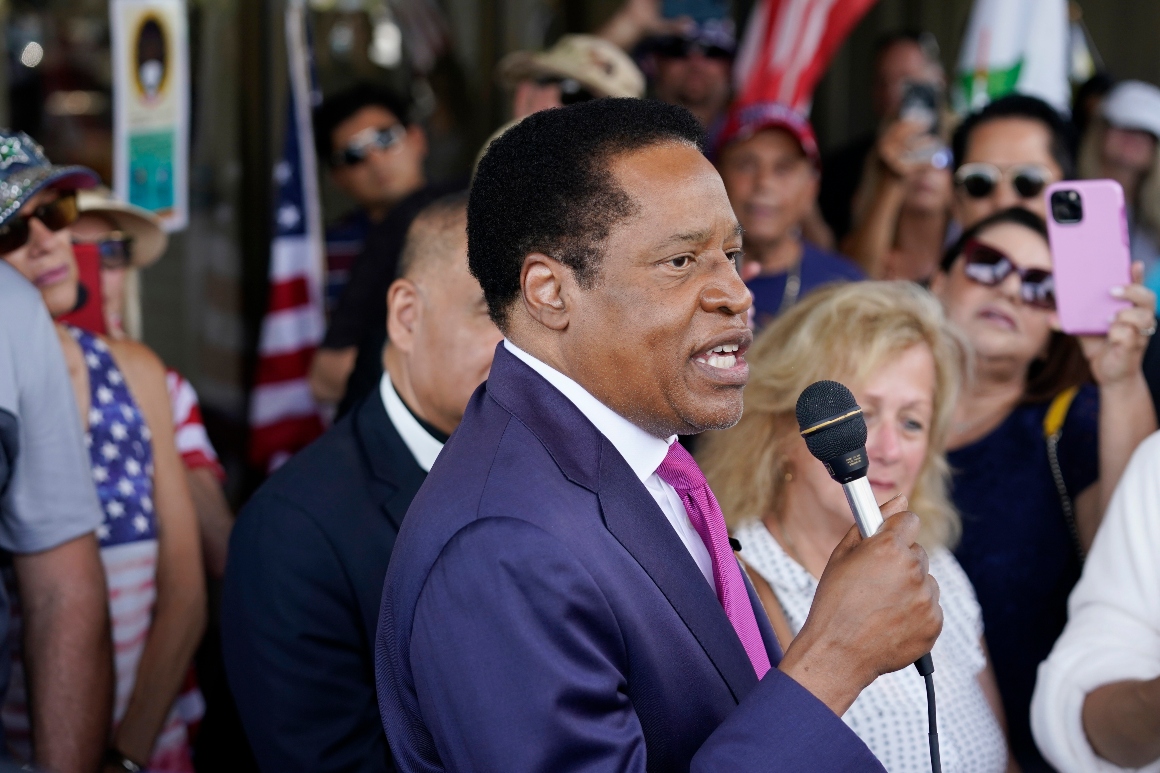 Republican talk show host Larry Elder announced Tuesday he will not challenge Gov. Gavin Newsom in 2022 after winning the most votes of any candidate seeking to succeed Newsom in a failed recall attempt.

Elder’s exit immediately reorders the nascent field of Republicans seeking to deprive Newsom of a second term. While Elder energized conservative voters and quickly vaulted to the top of the field of recall candidates, his conservative positions were anathema to much of California’s electorate and helped Newsom frame the campaign as a battle against a Donald Trump-aligned extremist. Millions more Californians voted against the recall than for Elder.

Elder said in a statement that he would instead launch a political action committee focused on legislative races.

“I ran for Governor because I wanted to make a difference,” Elder said. “While I may not know what the future holds for me politically, our campaign’s ability to attract millions of votes and millions of dollars in a very short time demonstrates we have a message that resonates with Americans, and I believe we can put that to good use.”

With or without Elder, Republicans face a steep path to ousting Newsom. The Democratic governor overwhelmingly repudiated the recall in September, prevailing by the same double-digit margin as his landslide victory in 2018. California’s budget is flush with cash and polls show Newsom’s favorability ratings rebounding.

While some Republicans believe Elder’s ascension strengthened Newsom’s hand by allowing the governor to portray the recall as an outgrowth of fringe ideology, the longtime Los Angeles-based radio host showed a unique ability to raise money and galvanize Republican voters.

Elder repulsed more moderate voters by advocating against a minimum wage, opposing abortions and making disparaging comments about women. Other Republicans sought to capitalize on that backlash by attacking Elder and positioning themselves as centrist alternatives, but none of them broke through.

Elder received three million more votes than any other Republican candidate to replace Newsom and placed first among successor candidates in every county but San Francisco.

Former San Diego Mayor Kevin Faulconer, a moderate seen by much of California’s Republican establishment as the GOP candidate most likely to build a winning coalition in deep-blue California, has signaled he could run again in 2022. Faulconer ran a distant third behind Elder in the recall.

Among other recall candidates, Republican Assemblymember Kevin Kiley is exploring a run for Congress. John Cox, a businessman and 2018 gubernatorial nominee who brought a live bear to the campaign trail last year, could seek the governorship a third time.