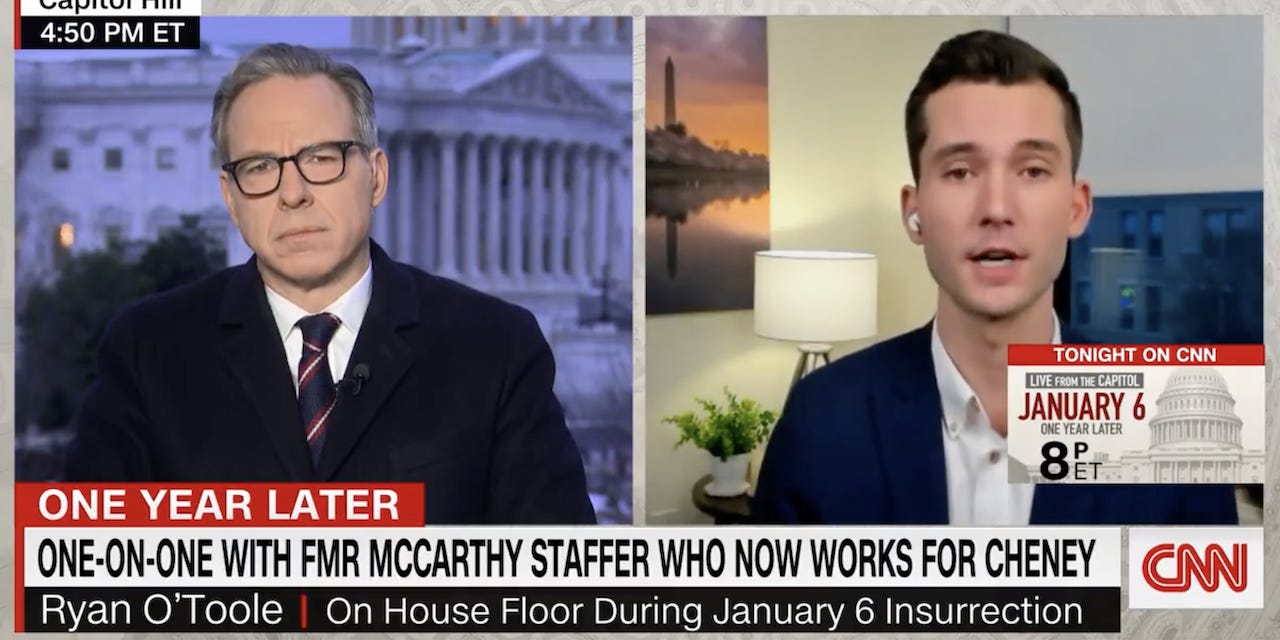 Ryan O’Toole, a former staffer for Republican House leader Kevin McCarthy, said he witnessed GOP Rep. Mo Brooks “cheering on” the Capitol rioters as they stormed the building during the Electoral Vote count process on January 6, 2021.

O’Toole, who was McCarthy’s cloakroom director last January and now works for GOP Rep. Liz Cheney, said most lawmakers were upset and scared as they were evacuated from the House floor to a secure location and rioters invaded the chamber.

“Members were fearful for their lives. Republican members themselves, men crying in the cloakroom for their safety,” O’Toole told CNN’s Jake Tapper on Thursday. But some GOP members felt differently.

“You did have some members express a different view,” O’Toole said. “One member, Mo Brooks, for example, was glad. He was cheering on the fact that the 117th Congress had started this way. And that was much to the dismay of others in the room.”

A spokesman for Brooks didn’t immediately respond to Insider’s request for comment, but Brooks denied that he cheered on the rioters in a statement to the Alabama Political Reporter on Friday.

Brooks, who hails from Alabama and is running for the US Senate, gave a speech at Trump’s Janury 6 “Stop the Steal” rally at the Ellipse in Washington, DC, which preceded the riot. He has repeatedly lied about “massive voter fraud” in the 2020 election and urged the crowd that day to “start taking down names and kicking ass.” The congressman has since said he wore body armor during his speech and slept on the floor of his office before the event because he’d been warned there “might be risks associated” with the pro-Trump protests that week.

Far-right activist Ali Alexander, who led the “Stop the Steal” effort, said Brooks and two other Republican members of Congress, Arizona Reps. Paul Gosar and Andy Biggs, helped him organize the January 6 events. Brooks has denied being involved in coordinating the campaign and has said he didn’t know whether his staff had been involved, but that if they had, he’d be “proud.”

“Quite frankly, I’d be proud of them if they did help organize a First Amendment rally to protest voter fraud and election theft,” Brooks said in October.