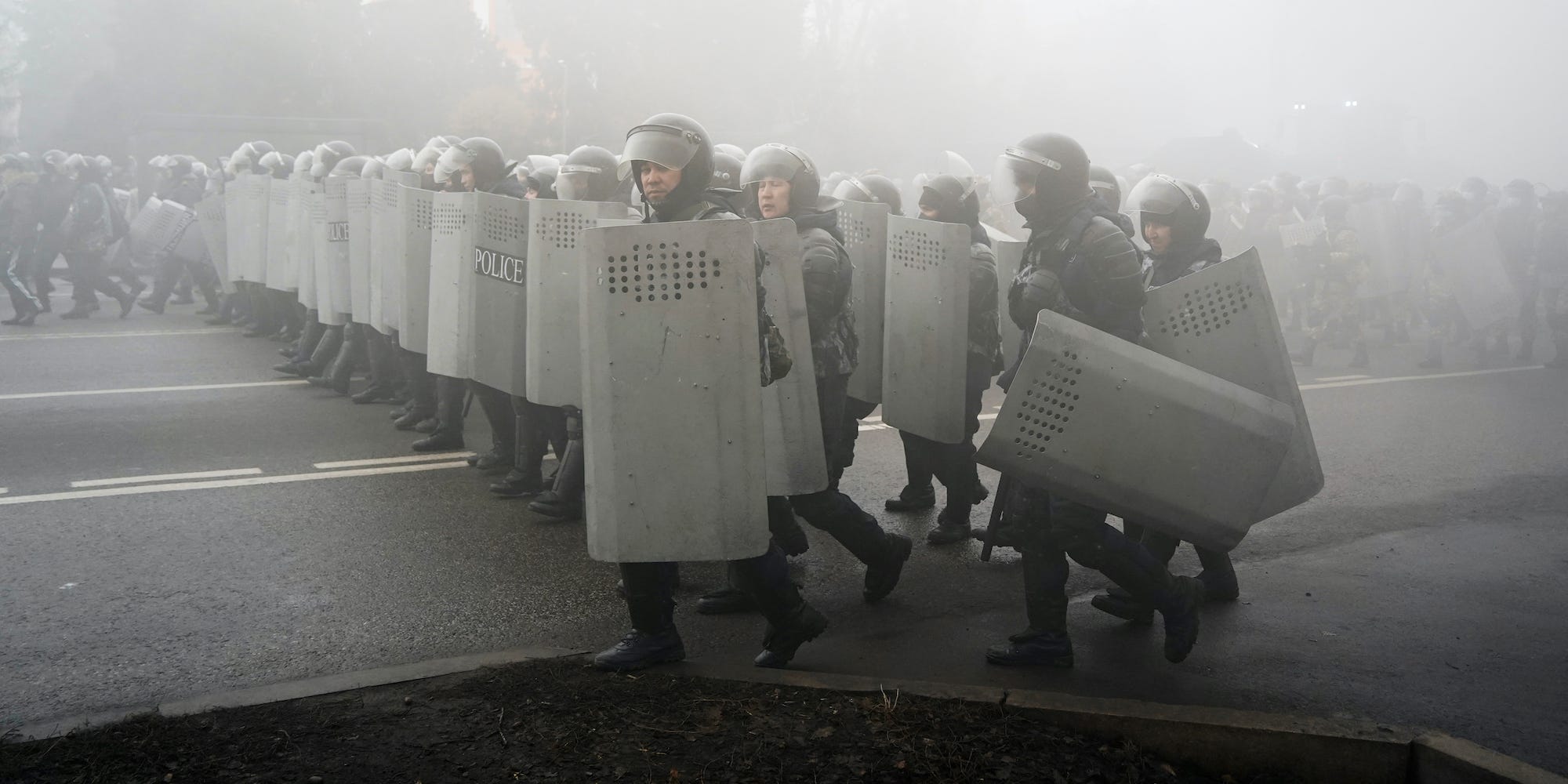 Riot police walk to block demonstrators during a protest in Almaty, Kazakhstan on January 5, 2022.

Kazakhstan’s entire internet has been blacked out amid massive protests over fuel prices.

Netblocks, a website that monitors internet around the world, said Wednesday that Kazakhstan was “in the midst of a nation-scale internet blackout.”

Many of the country’s news websites were not accessible on Wednesday, The Associated Press reported.

Protests started in one of the country’s provinces on Sunday and have since spread nationwide, resulting in a government resignation, as Insider’s Bill Bostock reported.

Videos showed protesters throwing projectiles at armoured vehicles and forcing them to turn back.

The protests were sparked after the government removed a price cap on liquefied petroleum gas, resulting in a price surge. The president reversed the price rise on Wednesday, according to Reuters.