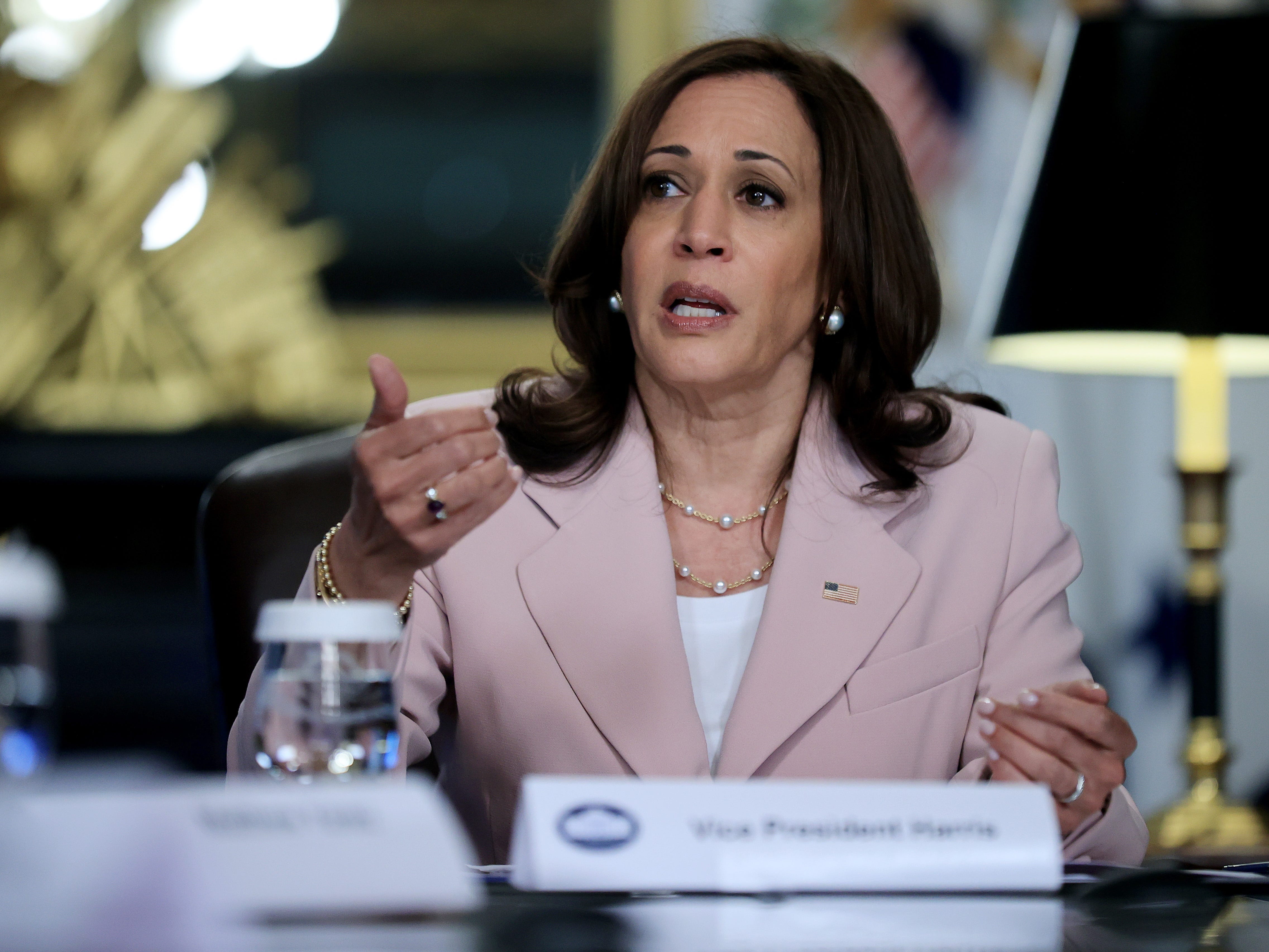 Vice President Kamala Harris says she’s looking for ways to get creative when it comes to the $1.7 trillion student debt crisis.

Over the weekend, Harris appeared on a Face the Nation interview to discuss a range of issues, including voting rights, the status of Biden’s economic agenda, and student debt. On the latter, the vice president acknowledged the burden the debt can have on individuals and families.

Harris told interviewer Margaret Brennan that the administration must continue to be “vigilant” on the issue because “we have the ability to actually alleviate the burdens that people are carrying that make it difficult for them to get through the day or in the month.”

When Brennan asked Harris about the need to deliver on student-loan forgiveness — something Biden promised to do during his campaign — before the 2022 midterm elections, Harris responded, “Well, I think that we have to continue to do what we’re doing and figure out how we can creatively relieve the pressure that students are feeling because of their student loan debt.”

The use of the world “creatively” sparked a reaction from a number of Twitter users, with some people saying the administration will relieve the student debt burden with Starbucks gift cards or a pizza party, while others pointed to a plan Harris touted when she was running for president in 2019.

As she wrote on Twitter at the time, Harris proposed to “establish a student-loan forgiveness plan for Pell grant recipients who start a business that operates for three years in disadvantaged communities.” Those who qualify would be eligible to receive up to $20,000 in loan forgiveness and could defer their loans, interest-free, for the three-year period when starting their business.

She added that this loan forgiveness plan is part of her overall strategy to reduce the opportunity gap for Black entrepreneurs to ensure they have a shot at starting their own small businesses.

For many, this idea to relieve student debt was not satisfactory. Twitter users quickly pointed out that her plan would benefit very few people, and some mocked the complicated nature of her proposal.

Insider reported in 2019 on the confusion Harris’ proposal sparked and how it did not align with the harsh realities many businesses faces in their first few years. In addition, Pell grant recipients often face more challenges and take longer to obtain a degree, increasing the inaccessibility of Harris’ proposal.

To be sure, Harris and Biden have not commented on whether they will implement Harris’ campaign proposal to relieve student debt, and many borrowers are still waiting for Biden to follow through on his own $10,000 student-loan forgiveness campaign promise.

Still, while Biden’s administration recently extended the pandemic pause on student-loan payments an additional three months, through May 1, many are growing frustrated with the lack of messaging on broad student debt cancellation. Just last week, Harris told talk show host Charlamagne tha God the student debt crisis “is real” and “we need to address it” without detailing a specific plan to combat the issue.