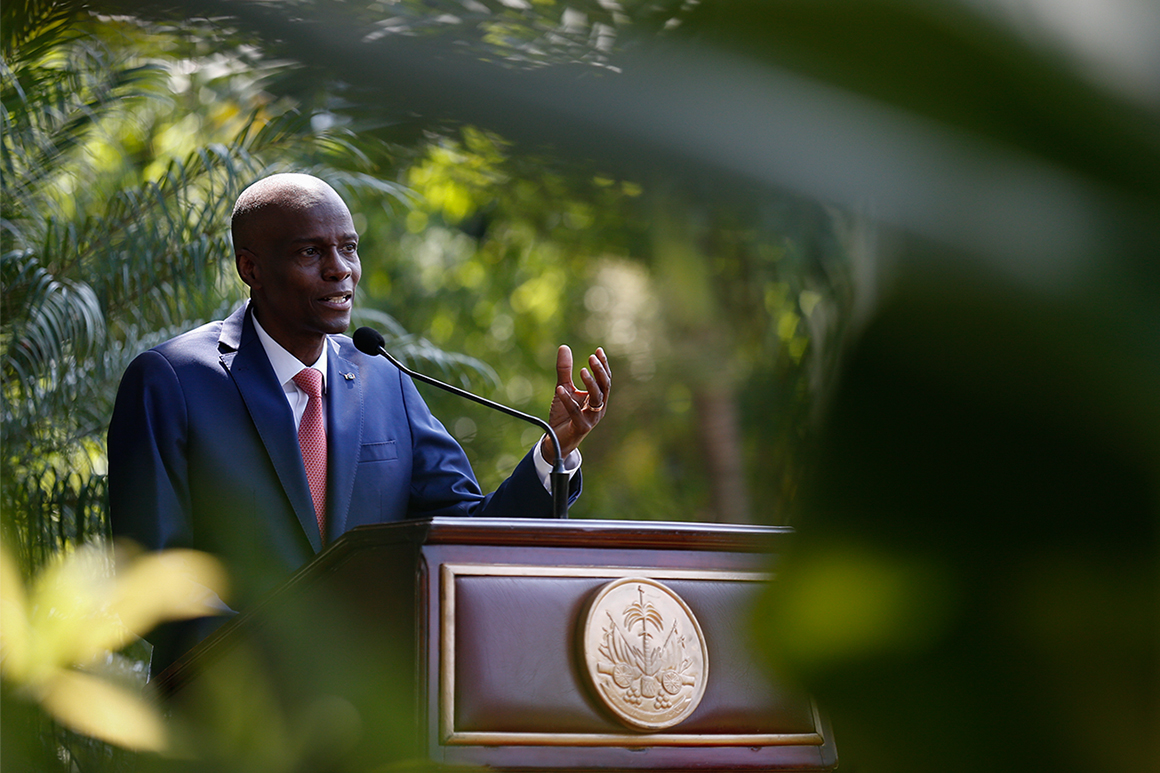 Nowadays, if you listen to Haitian radio stations, you will probably hear every hour or so a spot urging the population to demand justice for Jovenel Moïse. Early in the morning of July 7, 2021, news of Moïse’s assassination traveled through the country. The population was stunned by the ghastly circumstances of the event: a country’s president, murdered in his own home, in front of his wife and despite the presence of his security forces. Although a few arrests have been made, and key figures in Moïse’s government were due to appear in Haitian courts on the matter in December, the investigation is still ongoing.

However, more than six months after the assassination, the radio spot demanding this odious crime be investigated is generally met with indifference or indignation. Indifference because most people are struggling against the difficulties of daily life, trying to get basic necessities like food, housing and schooling, or merely trying to stay alive in a country where gangs are everywhere. Indignation because the assassination of Moïse is one among so many violent deaths that have become common here in Haiti. Entire neighborhoods are held hostage by the same gangs that his government used to control activists and protesters.

That a head of state could be killed so audaciously highlights the Haitian state’s ongoing collapse, the incompetence of the police and the weakening or destruction of state institutions. Few Haitians are interested in seeing Moïse’s killers brought to justice because we were appalled by the way his government (supported by the U.S.) failed to act when men, women, even children were being kidnapped, raped and killed by gang members. Moïse’s demise was tragic, but his actions have directly contributed to the horrific violence that has become a permanent feature of Haitian society.

As president, Moïse promised electricity to the entire country and launched the “caravan of hope” to provide water and supplies to farmers. Yet despite his many promises, he left a country in turmoil, a population facing dire living conditions and constantly terrorized by armed gangs. The population saw Moïse as an accomplished liar. Last year, at one of the numerous rallies against the regime, an outraged elderly woman told me, “He told us lies after lies.”

Meanwhile, Moïse was consolidating his power. He dismantled Haiti’s legislative bodies, saying at one point, “After God, there is only me.” If it is true that Haiti has had some autocratic leaders and chiefs of state — François “Papa Doc” Duvalier and his son Jean-Claude “Baby Doc” Duvalier being the most notorious — Moïse was blatant in his refusal to listen to the will of the people. With Haitians increasingly politically engaged thanks to easy access to information, Moïse resorted to violence to repress opposition.

Moïse was the unfortunate culmination of generations of economic inequalities and social prejudices. The exclusion of large categories of people in Haitian society has long created frustrated individuals with no sense of community, who see violence and corruption as ways to get ahead.

By early 2021, Moïse had lost the benign campaign-trail nickname of “nèg bannann nan” — the plantain guy, a reference to his earlier job as a plantain exporter. In February, hundreds of thousands of protesters demanded that he step down. We also urged the U.S. and U.N. to let Haitians decide their own destiny. Yet the international community largely rallied behind the increasingly autocratic president, seemingly intent on maintaining the status quo. Today, the United States continues to support corrupt rulers from Moïse’s political party — specifically Ariel Henry, whom Moïse selected as prime minister just before his assassination. Daniel Foote, former special U.S. envoy to Haiti, was so appalled by American policy that he resigned, protesting the policy of deporting Haitians to a country essentially run by gangs and citing “international puppeteering” that prevents Haitians from choosing their leaders.

Haitians have consistently fought against this puppeteering and continue to do so. The recently signed “Montana Agreement” united hundreds of civil society organizations, political parties and prominent individuals to propose “a national solution to the crisis.” It is imperative that Haitians be the ones to decide on this solution, even if we do need solidarity from others.

Jovenel Moïse left behind three children and a widow who was injured during the assassination. No human being deserves such a horrific death. Still, most Haitians remember him as a symbol of the politicians and business elites who use gang violence against the population to protect their own interests. Thus, despite what the radio spot admonishes, the Haitian people do not wish to involve themselves in a battle to avenge Moïse’s death. We are mostly busy trying to stay alive.