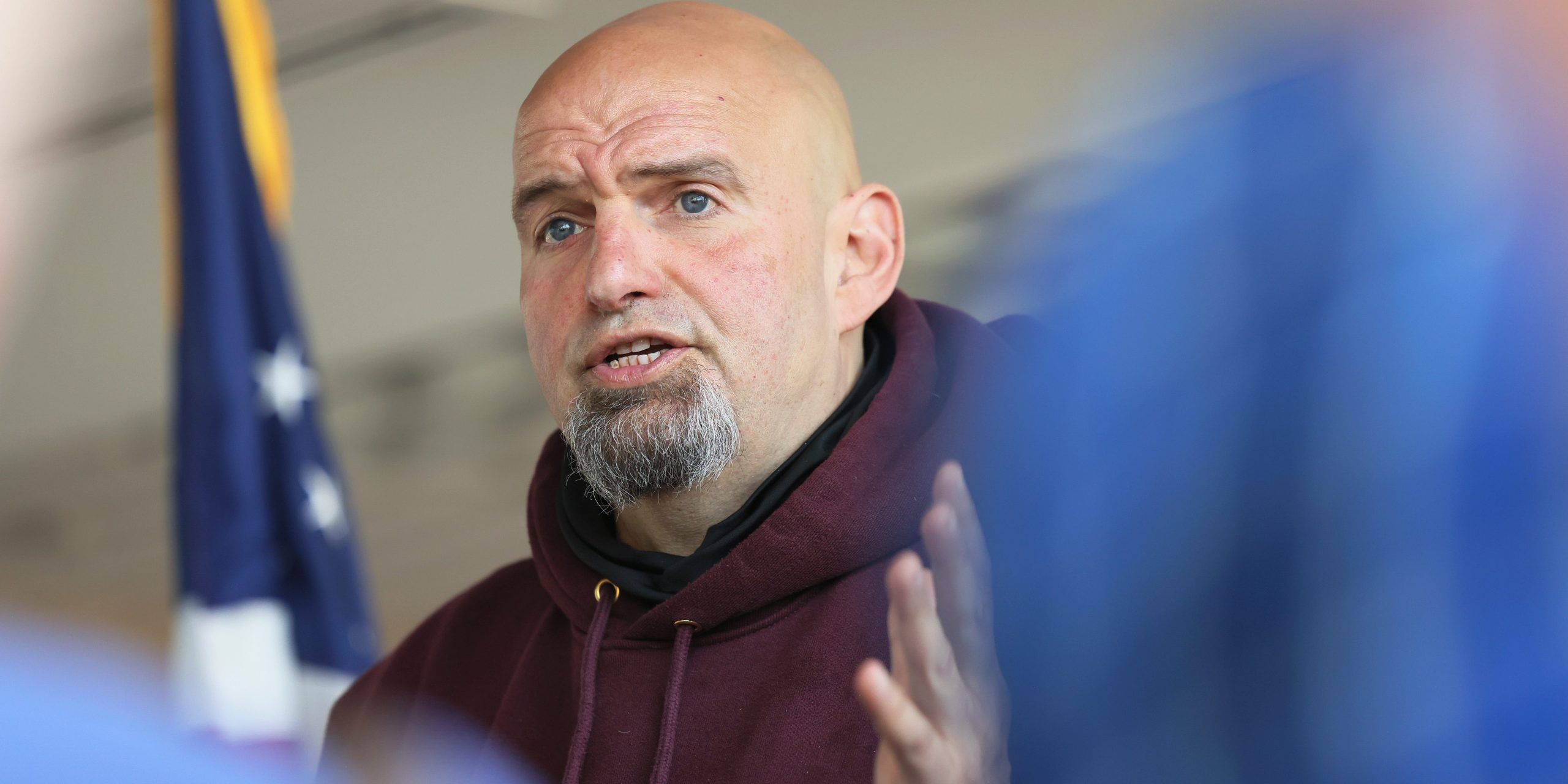 Lt. Gov. John Fetterman, the Democratic nominee for Senate in Pennsylvania, at a campaign event.

In his first interview since he “almost died” from a stroke in May, John Fetterman — the Pennsylvania Democrat running for Senate against Dr. Mehmet Oz — said he’s “absolutely” capable of returning to the campaign trail.

Speaking to the Pittsburgh Post-Gazette, Fetterman, currently serving as lieutenant governor, said he is “feeling really good” and hopes to return to in-person campaigning “very soon.” But the candidate also conceded he still has some trouble related to speech and hearing for which he is receiving treatment.

“I might miss a word every now and then in a conversation, or I might slur two words. Even then, I think that’s infrequent,” Fetterman said. “So I feel like we are ready to run, and that’s the only issues I have. That’s the absolute truth, 100%.”

Fetterman suffered a stroke on the eve of his victory in the Democratic primary. At the time, he said that he “should have taken my health more seriously” but had avoided going to a doctor despite feeling unwell. “As a result, I almost died.”

Recovering at his home in Braddock, the town in Western Pennsylvania where he spent more than a decade as mayor, Fetterman said he walks up to 5 miles a day. He also is “very involved in our social media,” he said — the campaign has regularly trolled Oz, his Republican opponent, for maintaining a home in New Jersey (Oz says he now lives, as of last year, with his in-laws in the Philadelphia suburbs).

Fetterman, who made his first in-person appearance in weeks when he spoke to campaign volunteers earlier this month, said he is preparing to return to more in-person events soon. He will be in Philadelphia on Wednesday for private fundraisers, the Post-Gazette reported.

The Fetterman-Oz matchup is being closely watched nationally, seen as Democrats’ best chance to pick up a Senate seat — the two are running to replace retiring Sen. Pat Toomey, a Republican — in the 2022 midterm elections.