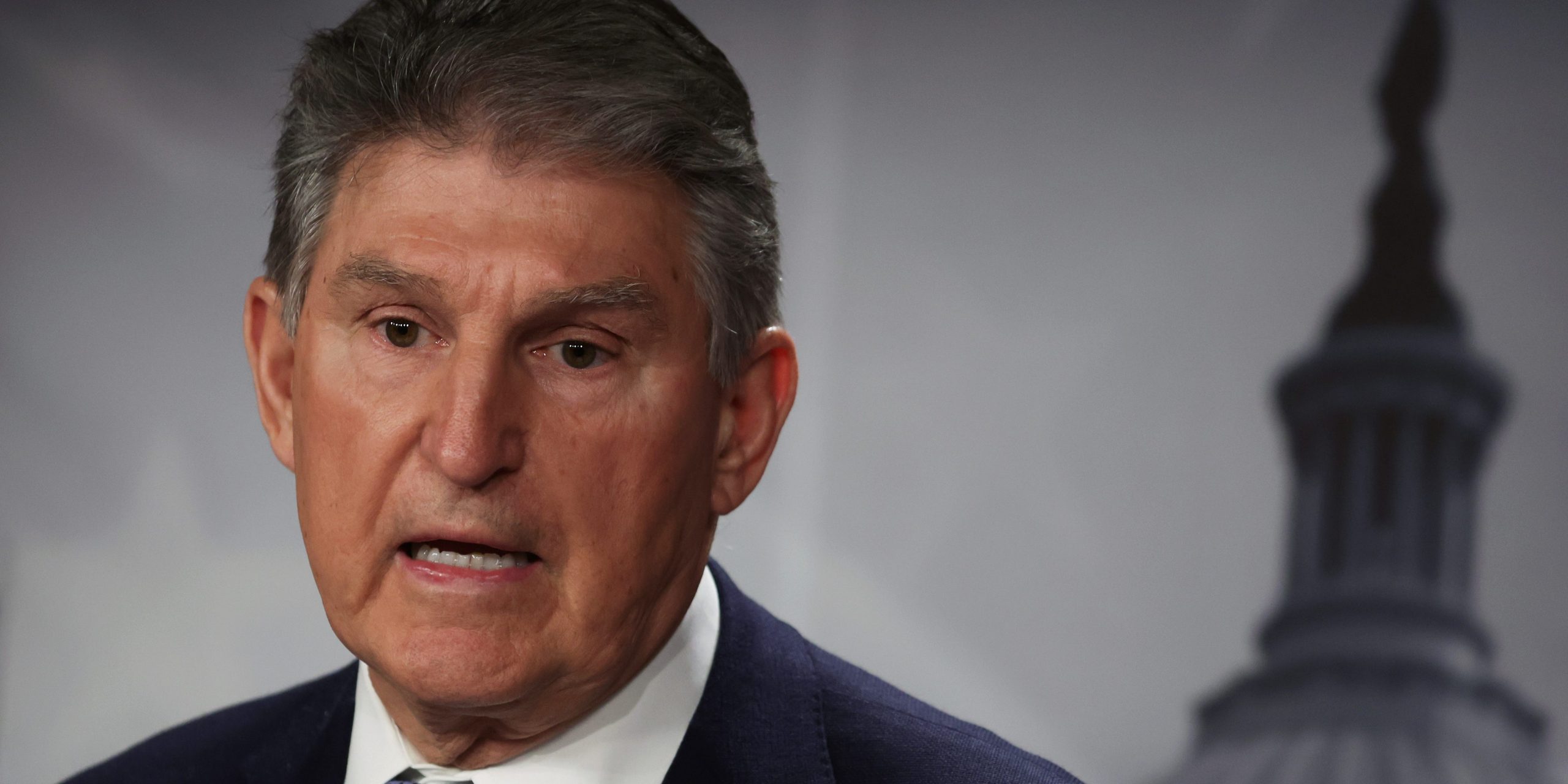 This time, Democrats saw tax hikes on the wealthy and spending on climate measures slip away for the second time in less than a year. It’s fueling anger among activists pressing for aggressive action to confront the climate emergency.

“Senator Manchin, for close to two years now, has been wavering the fate of human survival and the safety of our communities over our heads, like a bone to starving dogs,” John Paul Mejia, the national spokesperson for climate activist group the Sunrise Movement, told Insider. “Frankly, the latest attempt to gut any climate spending from a once in a generation reconciliation bill is part of the same strategy that he’s always been playing with.”

Manchin’s resistance has a lot to do with high inflation numbers, something he’s been particularly focused on as negotiations drag on. He’s now “cautious” about any potential spending that could drive prices higher. Instead, he wants to focus on slashing the cost of prescription drugs and renewing an expiring financial assistance program under the Affordable Care Act.

Another one of Manchin’s chief priorities is shrinking the national debt. It’s not a new position for him, and he has long warned against imposing a huge economic burden on future generations.

“Adding trillions of dollars more to nearly $29 trillion of national debt, without any consideration of the negative effects on our children and grandchildren, is one of those decisions that has become far too easy in Washington,” Manchin said in a statement last summer.

But scientists warn that not acting on climate change could bring far more dire consequences to future generations. “What I would ask him is how could you look at your grandchildren in the eye without feeling any disgust for yourself, your moral bankruptcy, and your decisions,” Meija said.

The consequences of a warming climate are growing more apparent. Swaths of Europe and the United States are experiencing heatwaves. In France, Portugal and Spain, record-breaking temperatures are triggering destructive wildfires prompting thousands of people to flee their homes.

“Climate change is no longer a chart or a graph happening in some far off future. It’s the smoke in our lungs, it’s the heat waves happening now in communities across America and our globe,” Jamal Raad, the co-founder and executive director of Evergreen Action, told Insider.

“The fact that Congress has failed to act and Senator Manchin almost singularly torpedoed our last best shot at climate investments is disastrous, and it will be his legacy,” Raad continued.

America is more worried about the economy than the climate

Manchin’s sentiments do align with how Americans are feeling.

But Isaac Vergun, 20, said that “we really cannot afford any sort of inaction” right now. Vergun has been a climate activist since he was 13, and is a plaintiff in Juliana v. US, a 2015 lawsuit brought by 21 kids — who were ages 8 to 19 – claiming that the government violated their constitutional rights through exacerbating the climate crisis.

Now, though, “we are currently living through the climate crisis — and just the tip of the iceberg of it.”

Cost of living is a big issue, but the climate crisis will make it worse

While Manchin is focusing on a right-now economic issue, the climate crisis has already taken an economic toll — and that will only get worse.

NOAA estimates that weather and climate disasters have cost the country over $2.275 trillion since 1980. In 2022 alone, there’s been nine disaster events — higher than the average year — that cost over $1 billion, and took 8 lives.

“The climate crisis will bring forward immense economic and human repercussions to this country, and those who are stalling in action on this will be to blame,” Meija said. For instance, persistently high gas prices, a symptom of Americans’ dependence on climate-busting fossil fuels, are driving inflation, and taking a big chunk out of workers’ wallets.

“The solution to this should be not to have an economy dependent on the whims of fossil fuels anymore, which are incredibly volatile resources that aren’t good for our planet, and aren’t good for the pockets of regular working class people,” Meija said.

President Joe Biden, who’s already seen Manchin shelve his agenda once, seemed to give in to the ultimatum. In a statement on Friday, Biden said Congress should move forward on the prescription drugs legislation before the August recess.

“Let me be clear: if the Senate will not move to tackle the climate crisis and strengthen our domestic clean energy industry, I will take strong executive action to meet this moment,” Biden said.

“Your legacy is being written as the man who burned the earth,” Meija said.