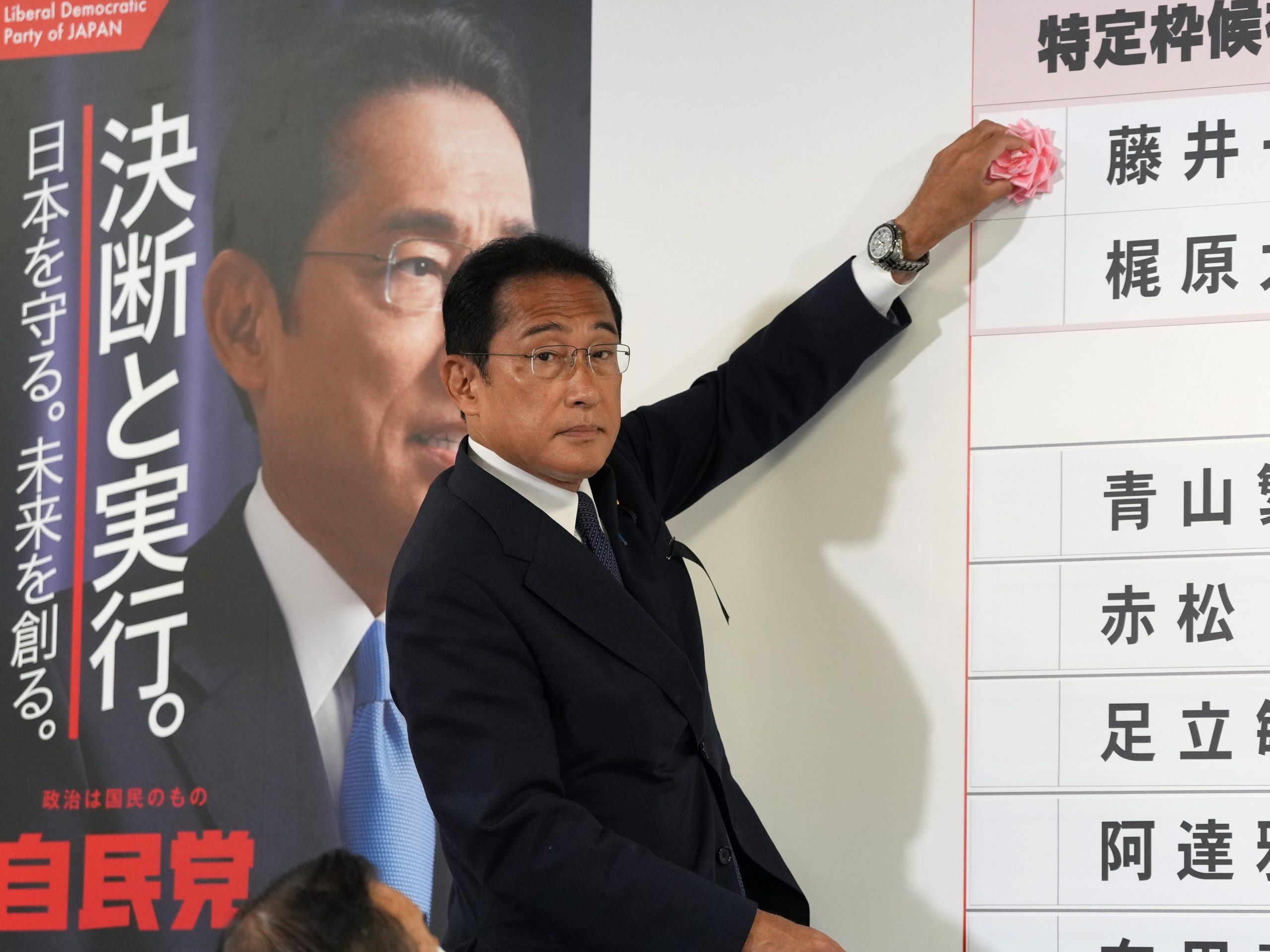 Fumio Kishida, Japan’s prime minister and president of the Liberal Democratic Party (LDP), places a rose on an LDP candidate’s name, to indicate a victory in the upper house election, at the party’s headquarters in Tokyo, Japan, on Sunday, July 10, 2022.

On July 8, Abe was killed in the Western city of Nara during a campaign speech by a man who used a homemade gun.

During Sunday’s House of Councillors election, Kyodo News reported the LDP and its coalition partner Komeito secured more than 75 seats, giving the parties a majority in the 248-member upper chamber of parliament.

While the major opposition party, the Constitutional Democratic Party of Japan, saw its seats decrease from 23 to below 20, the Japan Innovation Party gained more than 10 seats, an increase of six prior to the election.

Prime Minister Fumio Kishida, leader of the LDP, assumed office in October 2021. According to Kyodo News, this win was the party’s best result since 2013.

The news organization reported that Kishida and his team offered silent prayers for Abe at the LDP’s headquarters in Tokyo.

“The election, which is the foundation of democracy, was challenged by violence and it carries a big meaning that the election was carried through. I will continue to work hard to protect democracy,” Kishida said.

Kishida has plans to revise Japan’s constitution, which was written by US occupying forces after World War II. The Prime Minister said, “We will deepen parliamentary debate over the Constitution further so a concrete amendment proposal can be compiled.”