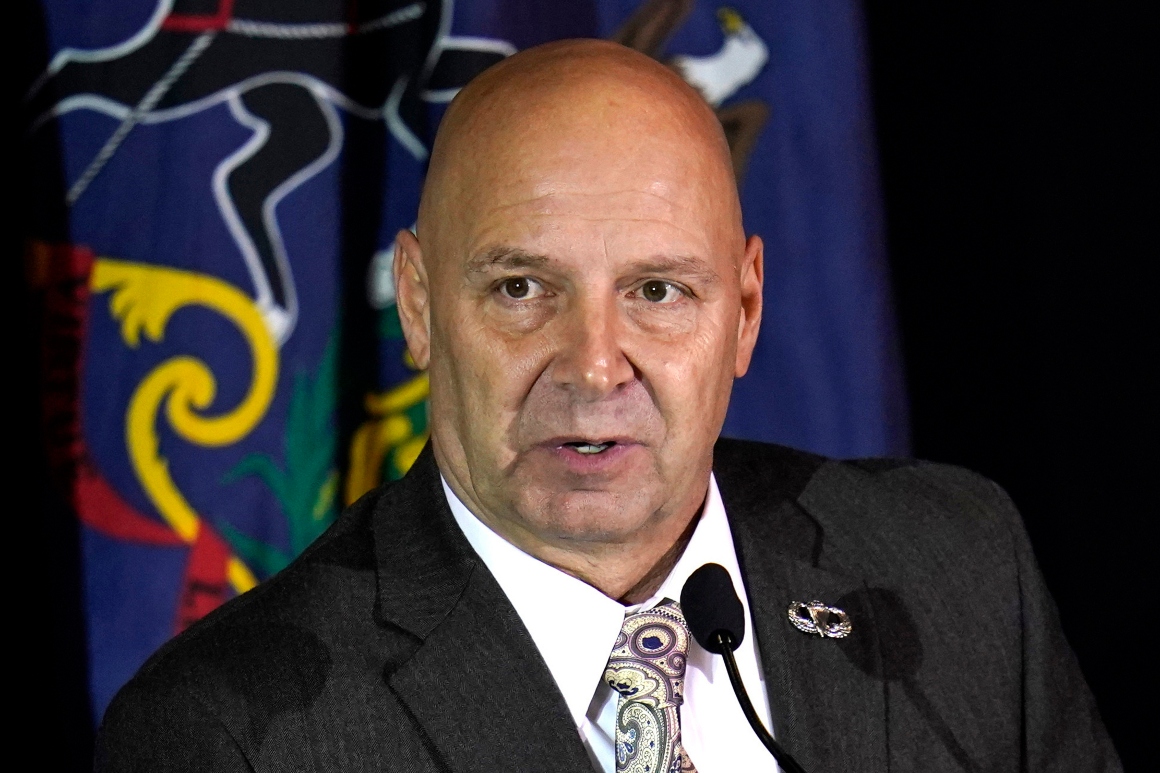 The Jan. 6 storming of the Capitol is remembered as one of the darkest and most shameful episodes in American history.

But at least 57 individuals who played a role in that day’s events — either by attending the Save America rally that preceded the riots, gathering at the Capitol steps or breaching the Capitol itself — are now running for elected office.

Rather than disqualifying them from public service, the events of Jan. 6 appear to have served as a political springboard for dozens of Republicans who will be on the ballot this year for federal, state and local offices.

It’s difficult to state with precision just how many of those who participated in the rally on the Ellipse, marched to the Capitol or stormed the building will be on the ballot in 2022 — in many states, candidate filing deadlines are months away.

But a POLITICO review of Department of Justice case reports, social media posts, news accounts and interviews with attendees found that last year alone, 11 Jan. 6 protesters were elected to offices ranging from state legislature to city council to school board.

This year, more than two dozen are running for Congress, state legislature or statewide office — including at least two protesters who actually entered the Capitol. At least five Jan. 6ers are gearing up for gubernatorial races, among them Doug Mastriano, a Pennsylvania state senator and a leading voice in the national movement to discredit the 2020 election results.

At least three candidates this year face charges related to the Jan. 6 riots.

Few of them express any contrition for their involvement in a day that ended up with an assault on the nation’s temple of democracy, 140 injured police officers and more than 700 arrests.

“They’re going to try and twist it and bend it to fit the narrative that I’m a terrible human being, that I’m an insurrectionist and I know that’s coming,” said Ryan Kelley, who is running for governor of Michigan, in an interview with POLITICO. “But at the end of the day, sorry guys, I didn’t do anything unlawful or illegal. You just didn’t like what happened that day and they just want to push that insurrection narrative.”

Kelley, like the majority of Jan. 6 protesters who will be on the ballot this year, did not enter the Capitol or fight with police officers. And the rally in support of President Donald Trump’s false claims of a stolen election was not his first.

Kelley led rallies in Lansing, Michigan, in November 2020 to protest the presidential election results and is a co-founder of American Patriot Council, an organization that demonstrated against Covid restrictions at the Michigan Capitol Building in April 2020. That April demonstration drew national notice when armed protesters tried to enter the floor of the chamber and then occupied the gallery above.

The organization’s other co-founder, Jason Howland, was photographed inside the U.S. Capitol on Jan. 6. Howland is currently running for state legislature in Michigan. He did not respond to several requests for comment.

“As I travel around the state, I’m an insurrectionist to some people,” said Kelley. “You know, to other people, it’s like, ‘That’s why I’m voting for you. Because you walk the walk and you were out there fighting for us.’”

Over time, perceptions about the Capitol riots have evolved, with partisan gaps surfacing on the issues of culpability, motivation and severity of the violence. But Democrats are determined to hold this class of candidates accountable for their role in a national day of infamy, and keep voters focused on the violent nature of the attack on the Capitol.

“This wasn’t like they were out at the completely nonviolent Women’s March. They were an angry mob with people that were chanting ‘Kill Mike Pence.’ And people that wanted to kill [Rep.] Alexandria Ocasio-Cortez; people tried to crush police officers with barriers. And they did nothing to stop or redirect that energy,” said Jessica Post, president of the Democratic Legislative Campaign Committee.

The DLCC took the lead in identifying and shaming Jan. 6 protestors who also hold public office with a pop-up website that lists their names, as well as the names of all 600 elected officials who signed on to an open letter asking Congress not to certify the election results.

The Jan. 6 candidates expect campaign opponents will associate them with the worst violence of the Capitol attack. Teddy Daniels, who is running for Congress in Pennsylvania’s 8th District, said he and other candidates feel they’ve been unfairly labeled as seditionists, insurrectionists and traitors.

“Let me tell you, I took four bullets in Afghanistan with an American flag on my uniform. And to come back and because I was in D.C. on January 6, the Left and the mainstream media wants to call me a traitor to my country,” said Daniels, a veteran who was present for Trump’s speech but did not enter the Capitol. “It’s fuel in the tank.”

Daniels said that he’s “100 percent confident” that there won’t be fraud in his race in 2022 largely because of efforts to focus attention on election integrity in the aftermath of the 2020 election. And, in Michigan, Kelley said he’s “hopeful” that there won’t be election fraud “because people have their eyes wide open.”

Democrats are keen to point out the irony of their remarks in the wake of their involvement in the events of Jan. 6.

“[I]f people participated in this [Jan. 6] and they’re running in 2022, it just shows how disingenuous this continues to be. If you think American democracy is broken, and free and fair elections are not being held, [then] it’s ridiculous that you think it’s appropriate to put your name on the ballot.”