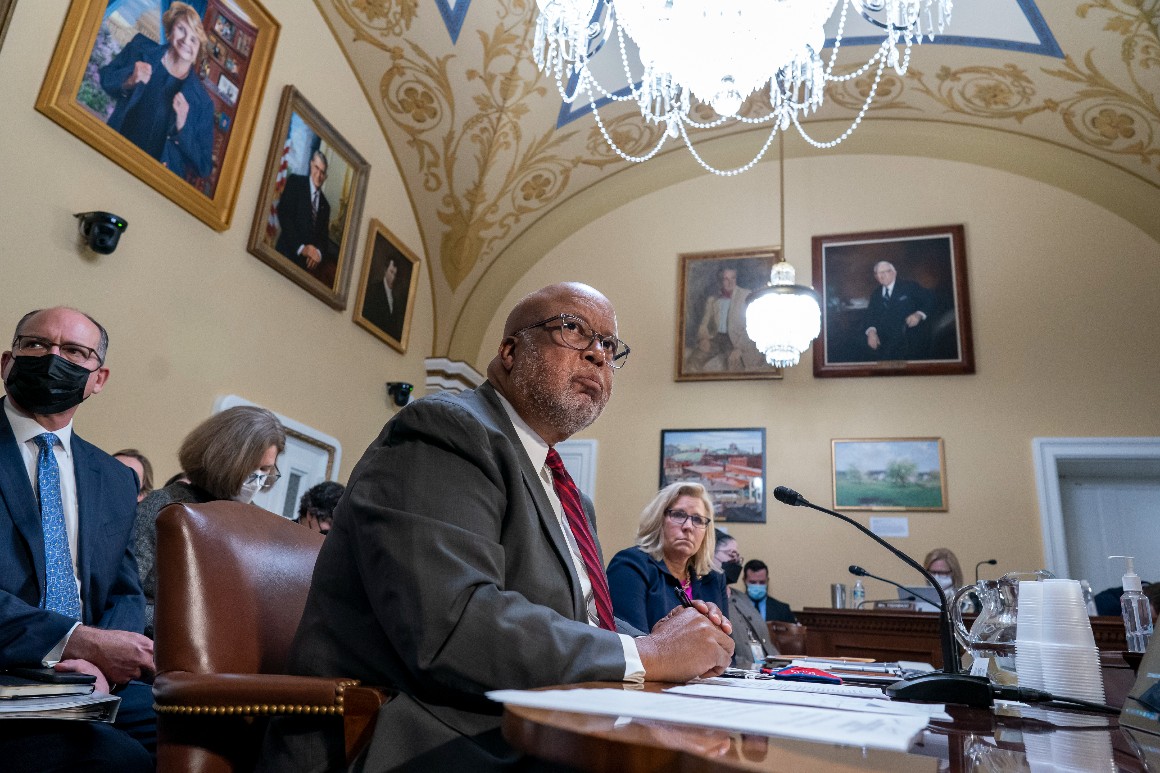 The public focus of Congress’ Jan. 6 investigation, so far, is what happened in Washington, D.C. Behind the scenes, the probe’s state-level work is kicking into overdrive.

The House committee investigating the Capitol attack has gathered thousands of records from state officials and interviewed a slate of witnesses as it attempts to retrace former President Donald Trump’s attempts to subvert the 2020 election, particularly in four key states that swung the presidency to Joe Biden. They’re getting ready to take their work public, possibly as soon as the spring.

“We want to let the public see and hear from those individuals who conducted elections in those states,” select panel chair Rep. Bennie Thompson (D-Miss.) said in an interview. He described those witnesses as particularly important given their mandates to keep elections “fair and impartial” while hailing from one political party.

The select panel asked states for any scrap of evidence to justify allegations of election fraud that Trump baselessly promoted, focusing much of its efforts on officials in Arizona, Georgia, Pennsylvania and Michigan. Those states found virtually no evidence of fraud, according to Thompson.

Mainly, the records show state officials trying to either mollify or ignore Trump and his allies without distorting election results or embracing debunked claims of vote tampering. A spokesperson for the select panel declined to comment on the documents.

Just one day before Georgia was set to certify the 2020 election results and seal Trump’s defeat, records turned over to the Jan. 6 committee show a text message that arrived on the phone of Georgia Secretary of State Brad Raffensperger.

“Mr Secretary. Mark Meadows here. If you could give me a brief call at your convenience. Thank you,” the then-White House chief of staff texted Raffensperger in a Nov. 19, 2020, message obtained through a public records request.

It doesn’t appear that Raffensperger, a Republican, responded to Meadows. (His office sent no reply to one Meadows text because aides weren’t sure if it was real, according to CNN.) But it was not the last time Raffensperger would hear from Trump’s allies as they sought to pressure state-level officials to overturn the president’s loss.

A spokesperson for Georgia’s secretary of state did not respond to a request for comment.

Meadows texted Raffensperger a second time on the morning of Dec. 5, 2020, asking him to call the White House switchboard to set up a call. “Your voicemail is full,” Meadows told Raffensperger.

Raffensperger has already interviewed with the panel, according to Thompson, who praised him as “very straightforward” in his testimony. A previously unreported email from one of Raffensperger’s top aides, Jordan Fuchs, was also turned over to the committee. In it, Fuchs responded to Meadows’ Dec. 22, 2020, trip to Georgia’s Cobb County during the state’s signature match audit. She emailed Meadows to “clarify a few items” about the rejection rate of absentee ballots — something Trump and his allies had alleged was much lower than normal.

Fuchs’ note included the text of a press release sent out by the secretary of State’s office a month beforehand with a more thorough explanation of how the office evaluated absentee ballots.

Meadows’ attorney did not respond to a request for comment.

Also included in the document dump are emails between Sen. Lindsey Graham’s and Raffensperger’s offices, which shows how a previously reported call between the two officials came about roughly two weeks after the 2020 election.

“Hope you are doing well. Senator Graham has requested a call w/ Sec. Raffensperger at his earliest convenience,” a Graham staffer told two of Raffensperger’s top aides on Nov. 12, 2020. The call between the two men ended with Graham indicating to Raffensperger some ballots should be tossed out, the Georgia official said later.

The state also turned over a previously reported audio recording of a Dec. 23, 2020, call between Trump and Frances Watson, the chief investigator in the Georgia secretary of state’s office, and a brief call between Watson and an unidentified staffer. In the Dec. 23 call, Trump had urged Watson to find “dishonesty” in the state’s election results.

As Trump’s team pushed its discredited voter fraud narrative, the National Archives received forged certificates of ascertainment declaring him and then-Vice President Mike Pence the winners of both Michigan and Arizona and their electors after the 2020 election. Public records requests show the secretaries of state for those states sent those certificates to the Jan. 6 panel, along with correspondence between the National Archives and state officials about the documents.

Benson and her staff took questions from the committee on the 2020 election and events leading up to the Jan. 6 riot, according to Tracy Wimmer, a spokesperson for Benson.

The National Archives sent emails to the Arizona secretary of state on Dec. 11, 2020, passing along the forged certificates “for your awareness” and informing the state officials the Archives would not accept them.

Arizona then took legal action against at least one of the groups who sent in the fake documents, sending a cease and desist letter to a pro-Trump “sovereign citizen” group telling them to stop using the state seal and referring the matter to the state attorney general.

“By affixing the state seal to documents containing false and misleading information about the results of Arizona’s November 3, 2020 General Election, you undermine the confidence in our democratic institutions,” Hobbs wrote to one of the pro-Trump groups.

That group’s leader, Lori Osiecki, had told the Arizona Republic in December 2020 that she decided to send in the certificates after taking part in post-election rallies and after attending a daylong meeting in Phoenix that had included Trump’s personal attorney Rudy Giuliani.

The group that forged the Michigan certification had not used the state seal, and it appears state officials there took no further action after the Archives rejected it.

Kyle Cheney contributed to this report.

CORRECTION: A previous version of this story used an incorrect pronoun for Jordan Fuchs, a top aide to Georgia Secretary of State Brad Raffensperger.