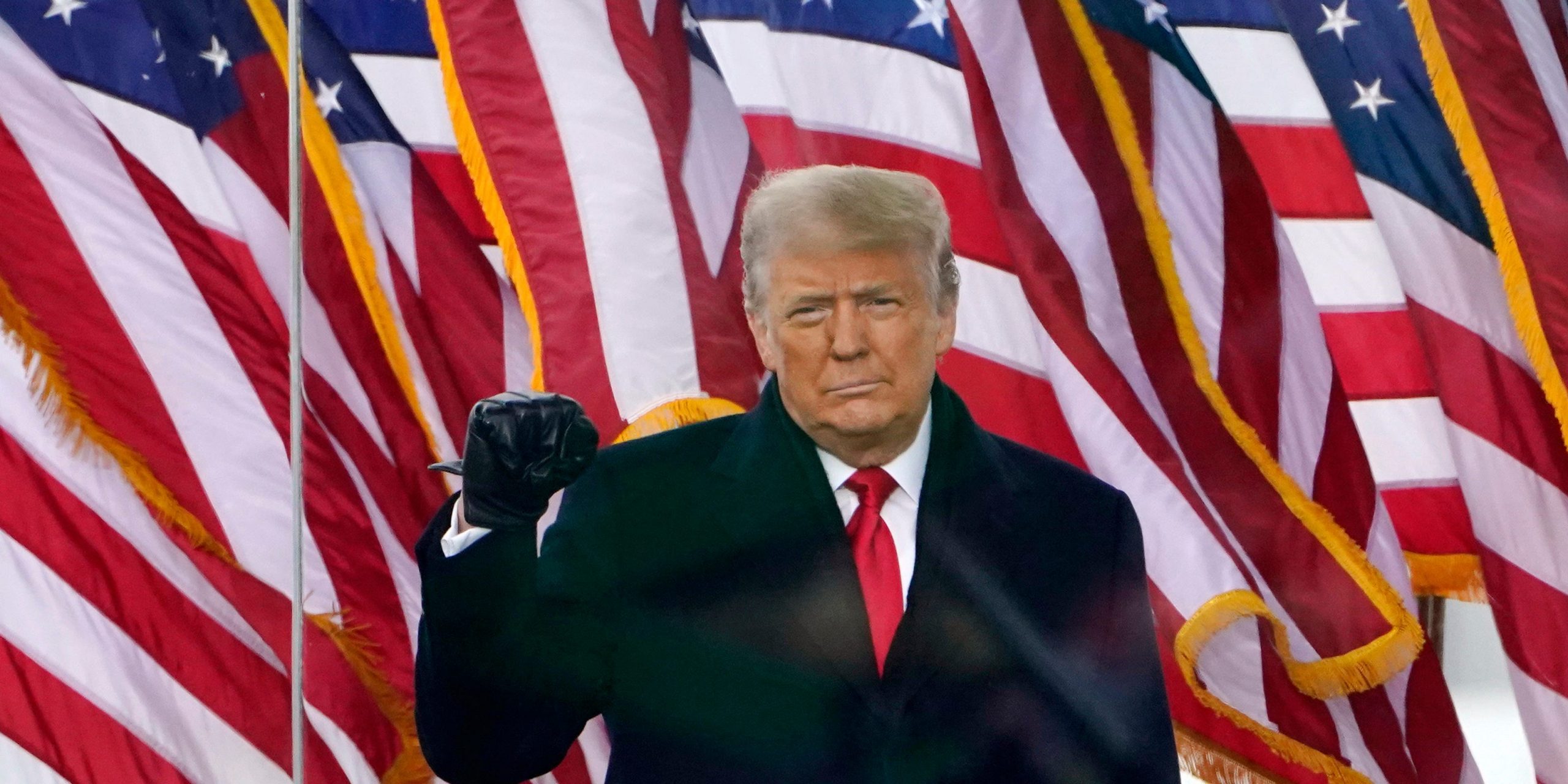 Donald Trump at a rally in Washington, DC, on January 6, 2021, hour before the Capitol Riot.

The House committee investigating the January 6, 2021, Capitol Riot has evidence against former President Donald Trump showing “a lot more than incitement,” one of its members said.

Rep. Jamie Raskin, a Maryland Democrat, said the evidence against Trump was more serious than was known before.

He suggested it would justify more serious charges than leveled at Trump in his second impeachment, where he was accused of incitement to insurrection.

“The select committee has found evidence about a lot more than incitement here, and we’re gonna be laying out the evidence about all of the actors who were pivotal to what took place on Jan. 6,” Raskin said during an interview Monday with Washington Post Live. Rep. Jamie Raskin, D-Md., speaks as the House committee investigating the Jan. 6 attack on the U.S. Capitol at the Capitol in Washington, Monday, March 28, 2022.

The committee’s first public hearings is due on Thursday evening, where the panel plans to reveal the evidence that it has gathered on the key individuals and events behind the riot over more than a year.

Raskin told the Post that the panel had evidence of “concerted planning and premeditated activity” and that this week’s hearing would “tell the story of a conspiracy to overturn the 2020 presidential election and block the transfer of power.”

“That’s the only way really of making sense of them all,” he said.

He noted, however, that “people are going to have to make judgments themselves about the relative role that different people played.”

Trump was acquitted by the Senate on incitement charges in February 2021, after the upper chamber failed to reach the two-thirds majority required to convict. Seven Republican senators sided with the Democratic caucus in finding the president guilty, enough for an absolute majority but too few for a conviction under impeachment rules.

That trial focused on an incendiary speech Trump delivered to supporters before they marched on the Capitol and temporarily halted the ceremony certifying Joe Biden’s victory, as well disinformation from Trump wrongly claiming that the 2020 election was stolen by fraud.

The committee’s activities have gone beyond this, per statements by Raskin and other members, and the hearings are likely to make a much broader argument about Trump’s culpability.