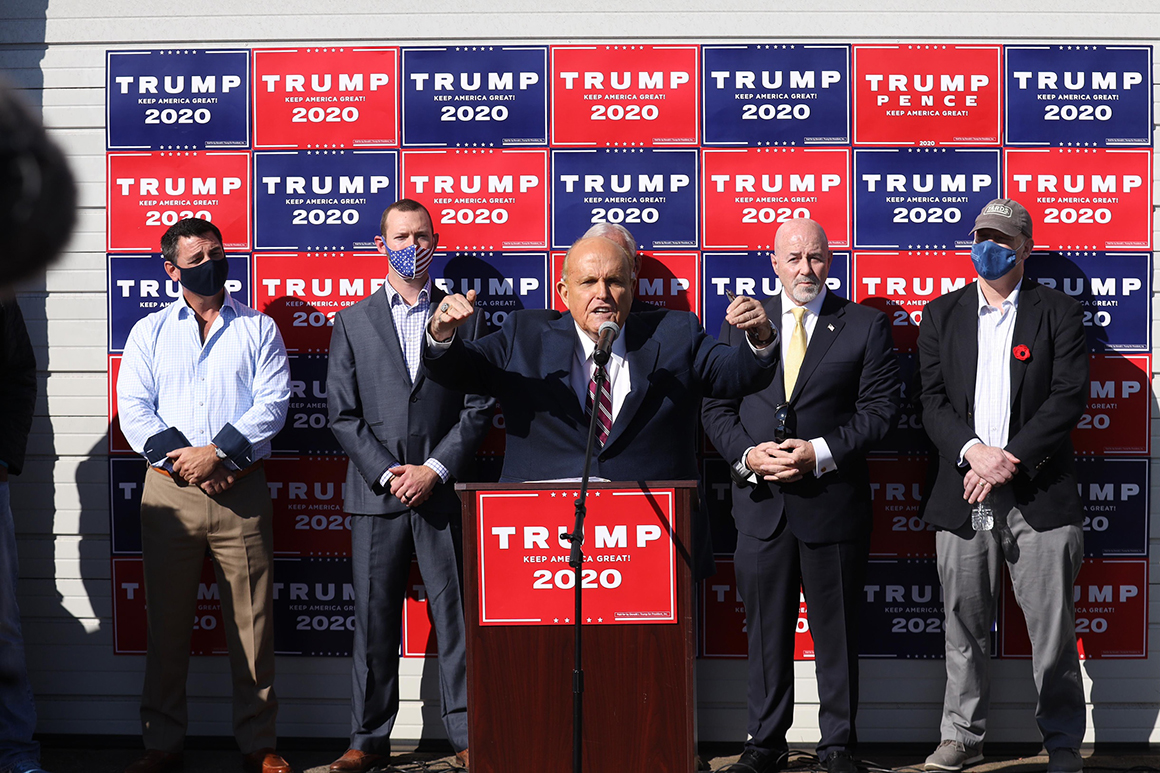 The Jan. 6 committee is homing in on the key drivers of Donald Trump’s legal efforts to overturn the election, before he set his sights on Congress.

The panel has subpoenaed Trump attorney Rudy Giuliani and campaign lawyer Jenna Ellis, who traveled the country attempting to encourage state lawmakers to overturn the results themselves.

Ellis wrote two memos in the days before the attack on the Capitol arguing that then-Vice President Mike Pence could take unusual moves to reject some of President Joe Biden’s electors and prevent Congress from certifying his victory. One of those memos, dated Jan. 5, argued that some provisions of the Electoral Count Act were unconstitutional.

Investigators also issued a subpoena to attorney Sidney Powell, who led a series of failed lawsuits attempting to reverse the election results. Powell also huddled with Trump and other advisers in the Oval Office in December 2020 to discuss last-ditch options for overturning the results. Trump briefly considered naming her special counsel to investigate the election results.

Boris Epshteyn, a former Trump campaign strategic adviser, was also subpoenaed. Epshteyn had been present at the Willard Hotel, where Giuliani and other advisers had led a “war room” on efforts to overturn Biden’s win, according to the Washington Post. Epshteyn had urged protesters to “stay PEACEFUL and respect the LAW” in a tweet on Jan. 6.

“The four individuals we’ve subpoenaed today advanced unsupported theories about election fraud, pushed efforts to overturn the election results, or were in direct contact with the former President about attempts to stop the counting of electoral votes,” Chair Bennie Thompson (D-Miss.) said in a statement, calling on them to join the “nearly 400 witnesses” interviewed so far by the committee.

All four people are asked to produce documents to the panel by Feb. 1 and to appear on Feb. 8 for a deposition.

The subpoenas are another incursion by the Jan. 6 panel into the network of outside Trump advisers who enabled his attempt to reverse his defeat. They were among the last remaining high-level Trump allies who the committee had not yet summoned.