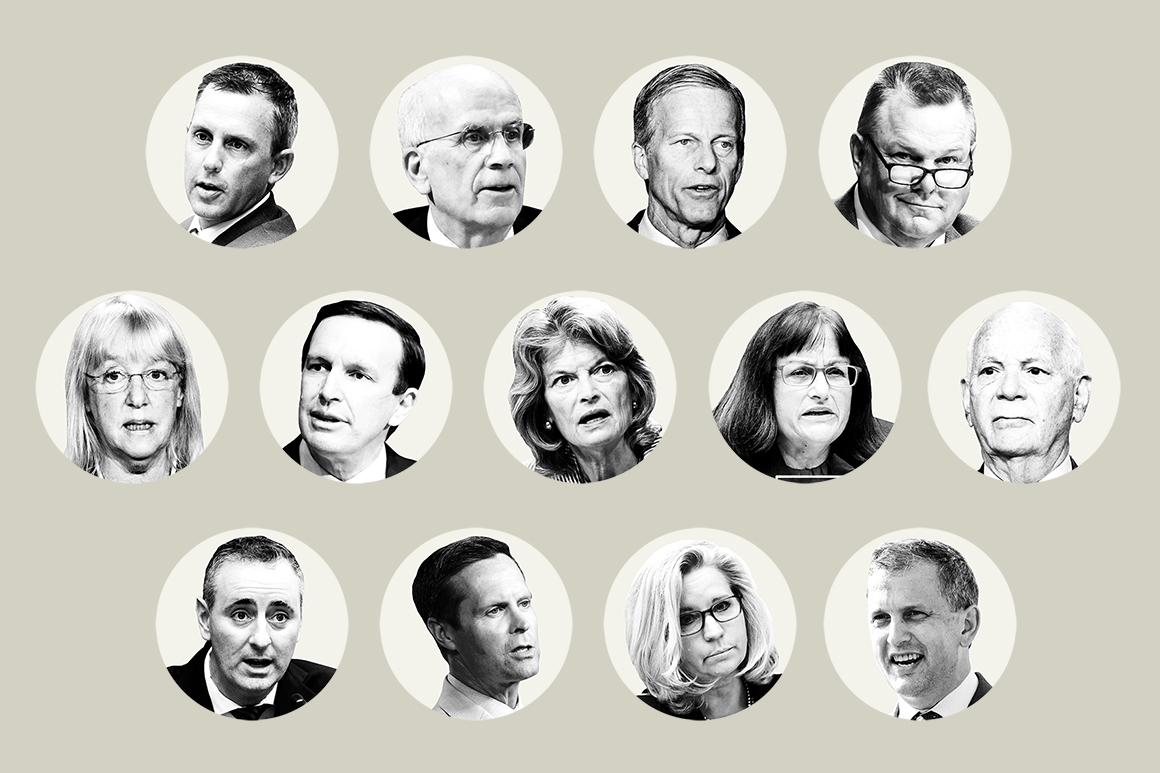 Every denizen of the Capitol faced an attack one year ago — but 523 of them returned to session hours later. We spoke one-on-one with 13 of those lawmakers about the day’s effects. Excerpts from those interviews follow, lightly edited for clarity and brevity.

… on when the reality of the attack sank in

I still remember looking on that TV and watching the people run up the steps. Thinking, when they hit the steps — I knew we were in trouble.

During that impeachment trial, when we saw it all knit together — in terms of the maps and the videos and the footage and saw the whole thing taking place at once — it was shocking.

It was already a hard day for me. It was the one-year anniversary of my brother’s passing [former Rep. Michael Fitzpatrick (R-Pa.)]. My whole family was gathered at my parents’ house. I wasn’t there. And they’re texting me, as I’m sitting on the floor watching the proceedings occur, saying, ‘Are you OK?’ I’m thinking, ‘They’re asking me, am I OK for the one-year mark.’ I didn’t realize they were watching television, watching the Capitol get stormed. No idea.

That was the case for a lot of us. We were getting pinged before we had any clue.

Rep. Ann Kuster was one of four lawmakers less than 50 feet from a group of rioters as they were evacuated from the House gallery: The full story has not come out on the House side. On the Senate side, we saw the video of Mitt Romney. … That for me is a part of the story that I need to convey, because I was a part of that. Every second counted.

The front of the mob was coming toward us in that hallway. You could hear them. I didn’t see them because I was fussing [with my gas mask].

A group of them had come up that staircase and come down that hallway. … That eight-and-a-half minutes, with all my colleagues still stuck inside the chamber, pinned down, calling their families to say goodbye.

I’m trying to convey how close this came in the House.

… on trying to stay safe, physically and emotionally, one year later

I don’t go anywhere in Connecticut without police protection when I’m doing my official duties. That was not the case prior to Jan. 6. The level of harassment directed at my family is more significant than it was. The job is different now. These people are not well, and they come after us in a very, very different, very personal way.

Rep. Rodney Davis was there when a gunman attacked a GOP Congressional Baseball Game practice in 2017: I’ve seen the vitriol before. I mean, I had to run from bullets on a baseball field with my friends a couple of years ago.

We need to figure out a way to do security in the people’s House. … I want everybody who’s here to be safe. But I don’t want to use your safety as an excuse not to get this place back to where people can come see it. And there’s a way to do both.”

I always felt safe going into the Capitol. The only times I have not felt safe were on 9/11 and on Jan. 6. I feel safe going now, but I’ll always have that tiny little question mark in my mind.

Kuster, who’s helped develop a support group for the dozens of Democrats who were in the gallery that day: We have this text chain. And sometimes the text is, ‘Who’s bringing the wine?’ or teasing [Rep.] Jason Crow (D-Colo.) about bringing pie. And then sometimes it’s, ‘I’m really having a hard time.’ ‘Here’s a book about trauma that might help you.’

… on how the riot has affected relationships between the parties

Tester: I think it would be really easy to say ‘I’m never working with these guys again.’ But ultimately, in the end, I’m here to get things done and I’m here to try to move the ball forward.

Especially in the House, there seems to be more evidence of [Jan. 6 affecting relationships].

Kuster: Well, [on Jan. 7], I was getting a Covid vaccine. The scene was surreal. It’s like out of a movie. I was sitting in those seats with Elizabeth Warren, Bernie Sanders and two southern Republican men.

And the two of them are sitting there, Thursday morning, bragging about how many busloads of supporters they had brought to Washington, like that they had paid for, presumably. Maybe their campaign funds. And they’re literally bragging about that, sitting right next to me.

I will not vote for a bill that comes to the floor that’s sponsored by people who voted to overturn the election results, unless they’ve acknowledged the error of their ways. Which so far consists of [Rep.] Tom Rice (R-S.C.), and that’s it. I wouldn’t go so far as to say not work with people, because good ideas come from all corners.

Davis, one of Minority Leader Kevin McCarthy’s original picks for the House Select Committee on Jan. 6: Nobody’s failing to work with the Democrat committee chairmen who voted to not certify George W. Bush’s election in 2004. I don’t see a push to not work with [Rep.] Jamie Raskin (D-Md.) because he was debating whether or not to certify results that came in for President Trump on the House floor in 2017.

Armstrong, another of McCarthy’s original picks for the Jan. 6 panel: I think amongst the rank-and-file, it has thawed some. I think from ideological ends, it hasn’t.

Fitzpatrick, who co-chairs the bipartisan Problem Solvers Caucus: If we implode on each other, if we start to erode our institutions, lose faith in our institutions, that will be the end of democracy. And I don’t think people realize how fragile democracy is, how young it is, and how susceptible it is to that.

So any time I see my colleagues attack each other on the House floor, I don’t care which party they’re from, I will tell them you’re making your adversaries very happy right now. Mind the weight of your words because they have consequences.

… on how they see the violence now

Murray: We physically had to go back into that Capitol that same night [to finish certifying the election]. And I thought that was a very important moment that said that we were not going to allow this to happen. … I think what I’m concerned about is the fragility of that moment. Everybody stood together — or pretty much everybody except for a few stood together — at that moment. I hope none of us ever forget that.

Casten: I’m not angry anymore. I’m just trying to figure out what do you do when you have been entrusted with responsibility as a member of the United States Congress — and a significant faction of your colleagues stood down when somebody tried to kill you.

Murkowski: I was scared. And then I got really angry. And now it’s almost more of a sense of disappointment in acknowledging that, for some, they have chosen to either move the events to the back of their mind — just forget about them — or have kind of re-imagined the facts that we live through.

Rep. Cheney, vice chair of the House Select Committee on Jan. 6: Whether or not we tell the truth about it, and whether or not we hold people accountable, and make sure it never happens again — it really is the moral question of our time.

Armstrong: I tried not to do it before, but I’ve made a conscious effort to fight about ideas and not send the snarky tweet that you think is gonna get a bunch of clicks — and you think you’re happy — and then you look back at it 48 hours later, and you’re like, ‘Really, is that really worth it?’ … When you exaggerate something, you lose the element of the argument. And both sides do that. I wish we would do it less.

Tester: After the 6th, I think it showed the institutions are solid and they’re holding up. … When the institutions can’t be screwed up by any one person or group of people, that’s a very positive thing.

Thune: As we look to the future, the more that we get out there and talk about ideas, principles, and identify and relate to people where they’re at … the better chance we’ll have of being an electable governing majority for the future. And the more we dwell on what happened in the past, people are going to find a ceiling.

Casten: It’s, in many ways, redoubled my commitment to public service. Because I find myself incessantly thinking about that line of Lincoln’s, that ‘there was always just enough virtue in this nation to save it; sometimes none to spare, but always just enough.’

Murkowski: I had a decision to make on whether or not to run again. And for a host of different reasons … the easier thing to do would have been to say that I will not run. But I chose the harder path, I think. And I did so because I think this place is worth saving.

We don’t pick the times that we live in. They’re here. We each individually make a decision about how we’re going to live in those times.