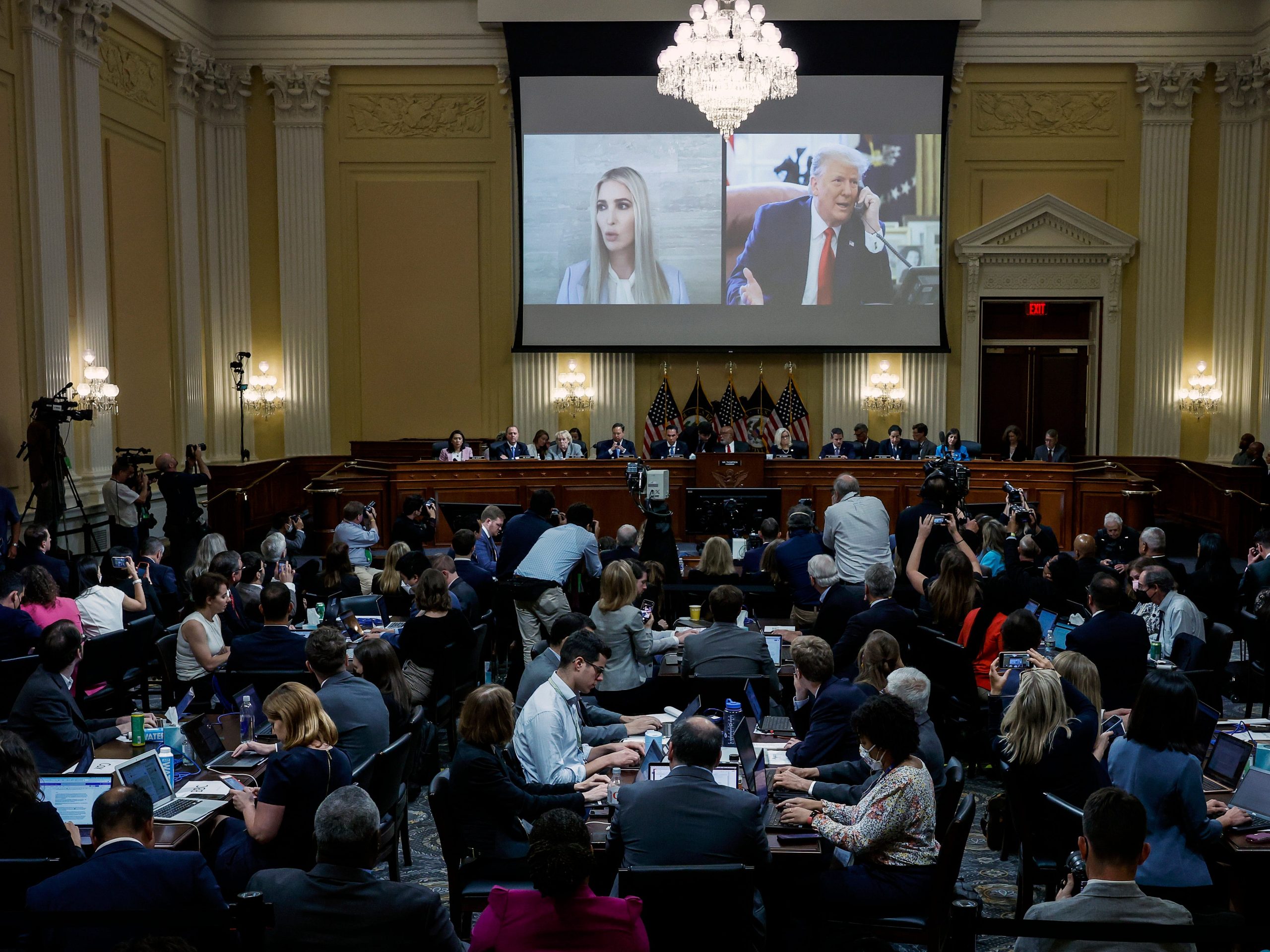 The House committee played video testimony from Ivanka Trump, the daughter of former President Donald Trump, who also served on his counsel of advisers.

As the House Select Committee investigating the January 6, 2021, attack on the Capitol nears its next big public hearing on Thursday, panel staffers are suggesting they might not be done just yet.

Thanks to an influx of evidence, committee aides said on Wednesday that more hearings are not “off the table” as they have “far more information than we could ever present to the American people.”

Thursday’s primetime hearing will detail the 187 minutes in former President Donald Trump’s day when he was out of the public eye in the White House. It comes following seven previous public sessions that have spanned the summer and entailed a number of shocking revelations about the Capitol riot, the attempt by Trump and his allies to overturn the 2020 election, and the actions leading up to and after the insurrection.

Speaking to reporters ahead of Thursday’s hearing, House January 6 panel staffers declined to elaborate on any schedule for future hearings. But they noted that several members of the committee have publicly stated that the panel’s work is far from over.

“This investigation is not winding down,” Rep. Adam Kinzinger, an Illinois Republican and member of the January 6 panel, told CBS’s Face the Nation on Sunday. “We may be towards the end of this tranche of hearings. We may have more hearings in the future. And the investigation is still ongoing. So we’re getting to the bottom of what we need to know.”