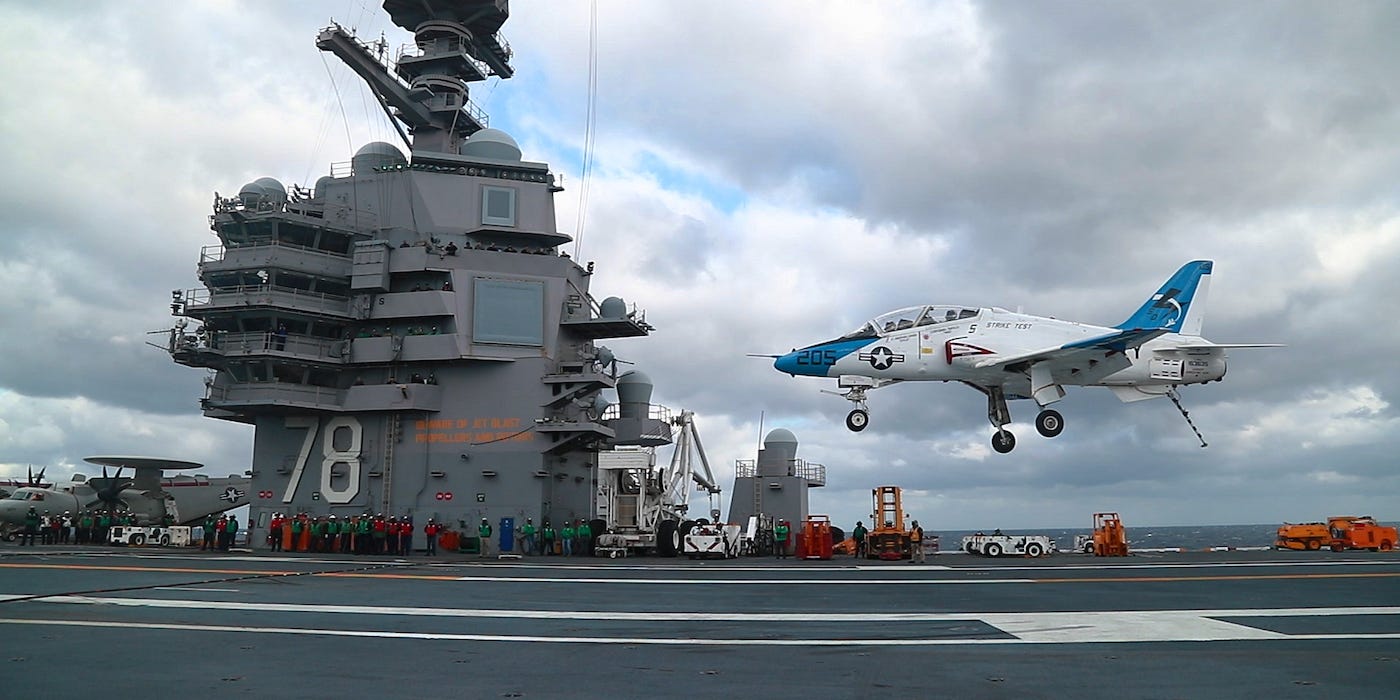 Rob Roy is a former naval aviator who flew the C-2A Greyhound with the “Rawhides” of VRC-40.

In the past we have posted several interesting clips Rob has filmed (and posted to Youtube) during his career aboard the COD (Carrier Onboard Delivery) aircraft, including some cool split-screen videos (one those showing him not even blinking on approach to the carrier and another one that included a bolter and a waveoff).

The footage in this post was filmed earlier, in 2013, as he achieved carrier qualification (CQ) in the T-45 Goshawk, a tandem-seat, carrier capable, jet trainer whose mission is to train Navy and Marine Corps pilots since 1991.

“The first time I ever even stepped foot on an aircraft carrier is when I landed on it, ha! But we flew out to the boat in a division (flight of 4), with the lead pilot being an instructor pilot and the other three were all SNAs (student naval aviators). After my first two touch n’ go’s on the boat, they had me put my tail hook down for my first trap (out of 10 required traps to successfully CQ),” Rob told us in a message. “So this video starts IMMEDIATELY after my first trap. I landed and then was taxied to the catapult right away.”

“The beginning the video you can see the JBD (jet blast deflector) and once it goes down, it’s my turn to follow the director and taxi forward. Some of the hand signals he gives me are telling me to put my launch bar down so that it can attach to the catapult. After that, you can’t see on the sides in the video, but there are several other safety checks that are taking place my multiple people (the shooter, catapult operators, etc.) to make sure I’m good to go,” Rob said.

“And you can tell it’s getting close to go time when my breathing picks up and I go to full power, do a wipe out of the controls and then I’m basically sitting on a loaded gun once the catapult is ‘in tension.’ From there, the Shooter gives the signal to launch and there’s one other person who does a final check and actually pushes a button. They are off to the side of the catapults and away from all the action.”