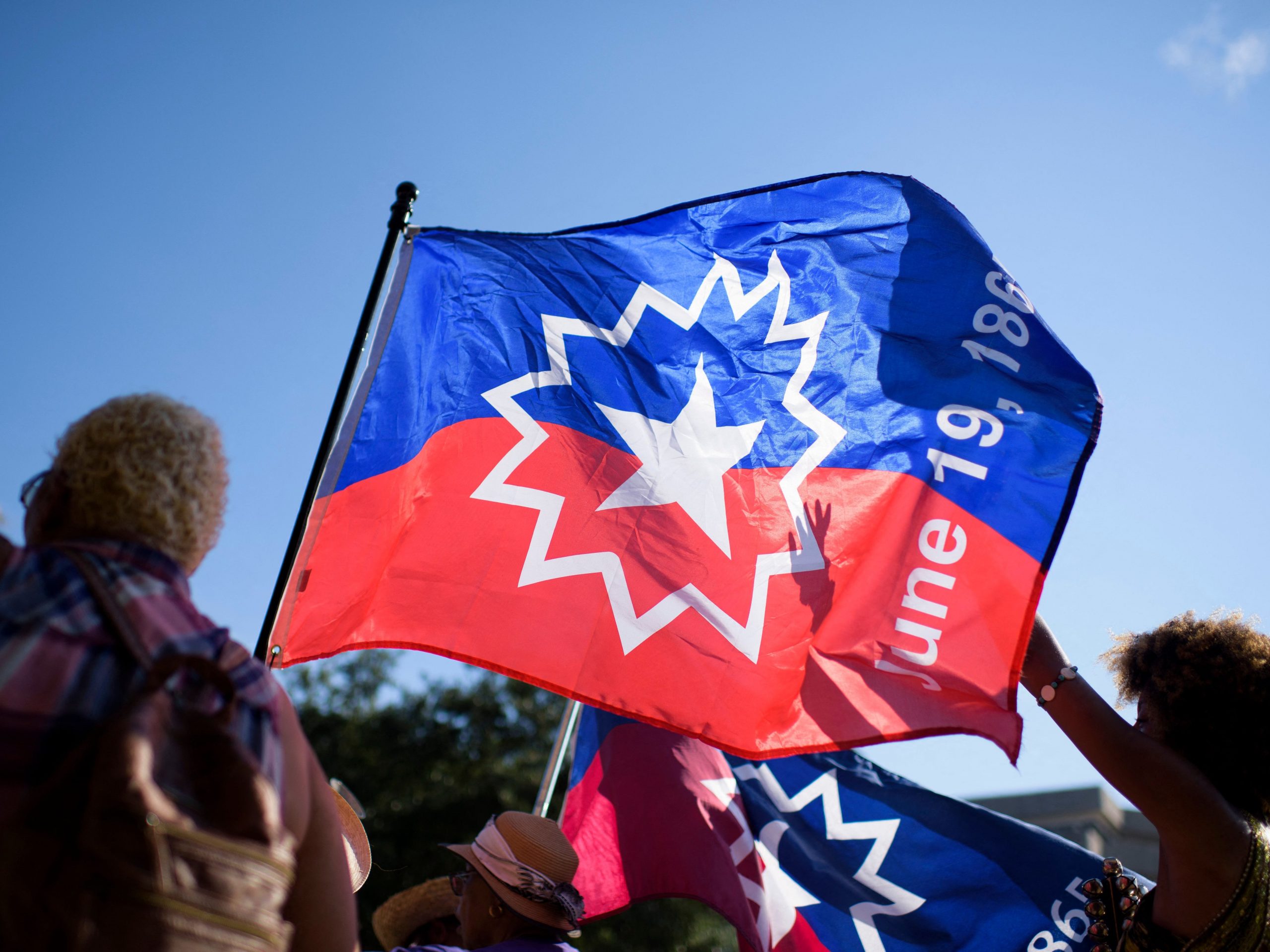 Hi, I’m Matt Turner, the editor in chief of business at Insider. Welcome back to Insider Weekly, a roundup of some of our top stories. Happy Father’s Day to those who celebrate.

But first: Today is also Juneteenth, a federal holiday that commemorates the freedom of enslaved African Americans in the US. We’ll begin by sharing some important reads.

People carry a Juneteenth flag as they march during a Juneteenth reenactment celebration in Galveston, Texas, in 2021.

Last year, the US federal government officially recognized Juneteenth as a federal holiday. Many employers — including Insider — observe the day as well. And so, in honor of Juneteenth, here are three vital stories to read:

With that, let’s look at this week’s top stories. Eleven Madison Park in Manhattan had been named the best restaurant in the world in 2017 and counted the rich and powerful as fans. But in 2021, chef Daniel Humm reopened the restaurant as meat-free — and insiders say it’s been a “shit show” ever since.

One former staffer told us that while Humm — who dated Laurene Powell Jobs — describes the restaurant as farm to table, it’s actually “farm to trash.” Another recalled Chipotle founder Steve Ellis being “insulted” that staffers had to refuse a $1,000 tip. Others spoke of Humm dancing around the kitchen and lighting up a joint with Woody Harrelson.

Who is Entrata CEO Dave Bateman? Excerpts from some of Dave Bateman’s posts on social media.

For many, the proptech founder only came into view this spring when he was ousted from the company for emailing antisemitic conspiracy theories to some of Utah’s biggest politicos and tech leaders.

But others, including people who have worked with him, say Bateman was a hard-partying CEO who thought he was too big to be stopped. Insider spoke with former Entrata employees who described his erratic behavior as an open secret — and one that no one did anything to address. The future of remote work is now — and many Americans could soon work from cities that don’t exist yet: WFH-ers may soon see a flourishing of “Remotevilles” created just for them.

These “experiments” will be on the fringe of metropolitan hubs and could have cheaper housing, better schools, and smarter government. So don’t move just yet.

How the bubble in the index-rebalance trade popped Betting on the annual rebalancing of stock indexes has been easy money in recent years for many hedge funds, including Ken Griffin’s Citadel and Steven Cohen’s Point72. The stocks that are widely expected to be added to an index typically climb, while those being cast out, fall.

But a volatile stock market has turned that trade on its head, causing some portfolio managers to face steep losses. For example, the nearly 300 stocks expected to join the Russell 3000 Index later this month tumbled a combined 58% over the first two weeks of June. Alex Morrell explains what went wrong with this popular arbitrage strategy. “I’ll stop trolling people about aliens because people really think — I’ve seen no actual evidence for aliens. I get asked that a lot and I’d think I’d know and I’ve not seen anything. Yet.”

Plus: Keep updated with the latest business news throughout the week by checking out The Refresh from Insider, a dynamic audio-news brief from the Insider newsroom. Listen here tomorrow.