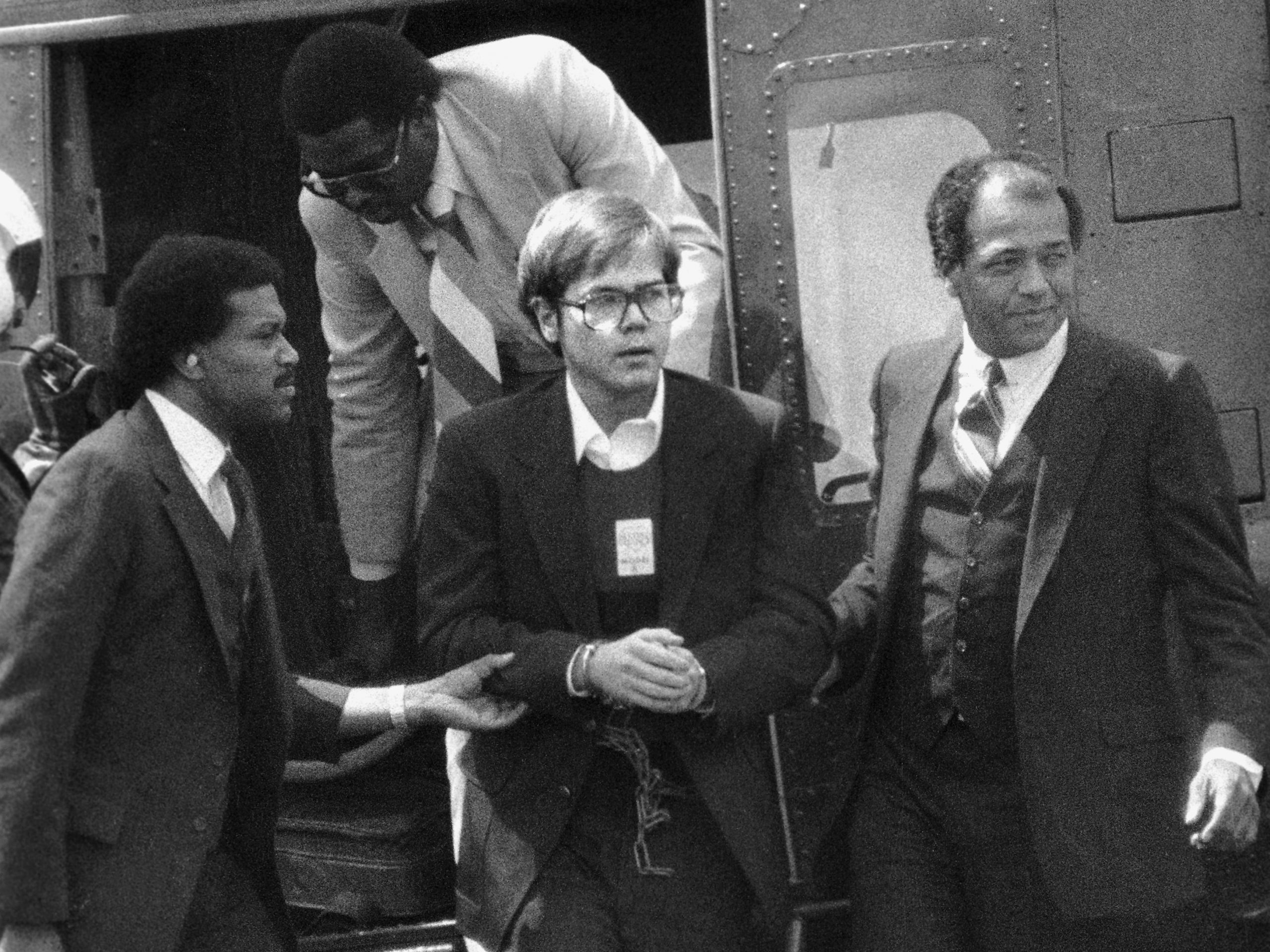 Quantico, Va.: John W. Hinckley Jr., who is accused of an assassination attempt on President Reagan, arrives at the Marine Corps base at Quantico, Va., 8/18, after completing extensive psychiatric tests at the Federal Correctional Institute in Butner, North Carolina.

During his first interview since his release from a psychiatric hospital in Washington, DC, John Hinckley Jr. apologized for trying to assassinate Ronald Reagan in 1981.

“I have true remorse for what I did,” Hinckley told CBS News’ Chief Washington Correspondent Major Garrett. “I know that [the victims] probably can’t forgive me now, but I just want them to know that I am sorry for what I did.”

On March 30, 1981, Hinckley fired six shots toward then-president Ronald Reagan as he left a speech at the Washington Hilton hotel. While Reagan was not struck directly, one of the bullets ricocheted off the waiting presidential limo and struck him under the arm, breaking a rib and puncturing a lung. Reagan underwent emergency surgery and was released from the hospital 12 days later.

“I was right there and I fired shots at him, which, so unfortunately hit other people too,” Hinckley told CBS as he described the shooting. He said he could not remember how he was feeling at the time and described the incident as “traumatic.”

Hinckley, who was found not guilty of the shooting by reason of insanity, was sent to a psychiatric hospital for treatment.

At the time, Hinckley said the attack was meant to impress then-18-year-old actress Jodie Foster. He had a romantic obsession with the actress after seeing her play a 12-year-old sex trafficking survivor in the movie “Taxi Driver” and was stalking her, repeatedly calling and sending letters.

Foster has rarely spoken about the incident, even canceling interviews where the topic may be brought up. In a 1982 essay for Esquire titled “Why Me?”, Foster wrote of the attack: “I started to cry a bit, then my tears turned to laughter. I couldn’t stop laughing. It was simply too funny, too incredibly bizarre, too painful…My laughter was strange and hollow, and I couldn’t control it. It was beyond me. My body jerked in painful convulsions. I hurt. I was no longer thinking of the President, of the assailant, of the crime, of the press. I was crying for myself. Me, the unwilling victim. The one who would pay in the end. The one who paid all along—and, yes, keeps paying. That kind of pain doesn’t go away.”

The former director of forensics services at St. Elizabeth’s hospital, the psychiatric facility where Hinckley was incarcerated for decades, told CNN that Hinckley suffers from narcissistic and schizoid personality disorders. He underwent extensive individual and group therapy while in custody and was granted conditional release in 2016 after it was determined he was no longer a threat to himself or others.

Hinckley acknowledged to CBS he remains on medication to manage his illnesses. Last year, a judge granted his unconditional release from custody.

“After 41 years 2 months and 15 days, FREEDOM AT LAST!!!,” Hinckley tweeted on June 15, after a judge freed him entirely from court oversight.

The 67-year-old now aspires to become a touring musician, though several planned shows have been canceled due to security concerns. As Hinckley continues to reintegrate into his Williamsburg, Virginia, community, he maintains that he is “not just some crazy person” and wants to show people he is “kind of an ordinary guy.”