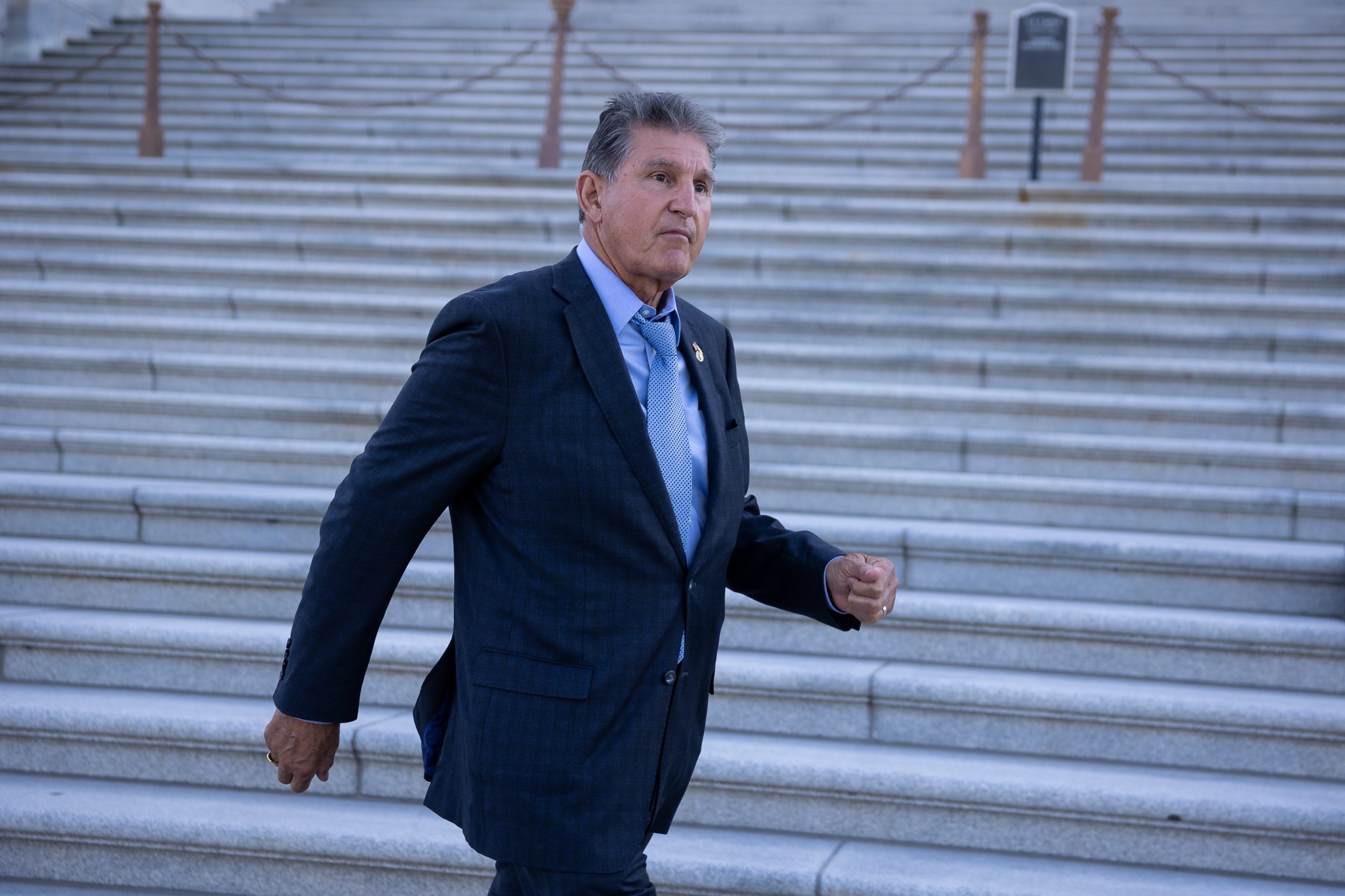 Sen. Joe Manchin on Friday rejected the idea of imposing a 15 percent global minimum tax on U.S. companies, appearing to blow a major hole in the Biden administration’s campaign to remake the international tax system.

Speaking with West Virginia radio host Hoppy Kercheval, Manchin (D-W.Va.) said he doesn’t support the administration’s plan because other countries have yet to adopt the tax, and he doesn’t want to put U.S. firms at a competitive disadvantage.

“We’re not going to go down that path overseas right now,” Manchin said. “Because the rest of the countries won’t follow, and we’ll put all of our international companies in jeopardy, which harms the American economy.”

“Can’t do that, so we took that off the table,” Manchin said, referring to his closed-door negotiations with Senate Majority Leader Chuck Schumer (D-N.Y.) over the long-stalled reconciliation bill Democrats are trying to resurrect.

Though it’s been overshadowed by other issues, that legislation is critical to the administration’s efforts to comply with the global deal, which the U.S. revived after Biden took office. It needs Congress to approve the sort of changes to the tax code that more than 100 other countries have agreed to make.

With Republicans lining up against the international accord, the administration’s best chance of doing that was muscling the changes through the Senate on a party-line reconciliation vote.

If the U.S. doesn’t adopt the plan, it increases the risk that other countries will walk away from the accord as well.

Hungary has blocked the European Union from implementing the tax — something Republicans have cheered, though some EU officials say they are eyeing a workaround that would allow other countries to act despite Hungary’s opposition.

Manchin told Kercheval that he would not support any tax increases as part of a reconciliation package, at least not this month. He said he first wants to see more inflation data from the government and hear more from the Federal Reserve.

Manchin said he’d be willing to reconsider in September, after lawmakers return from their August recess, though that would be so close to the midterm elections that many of his colleagues will be skittish about adopting tax legislation.

The international agreement is designed to get ahead of multinational companies that for years have avoided taxes by parking profits in overseas tax havens.

One hundred and forty-one countries have agreed in principle to adopt a 15 percent minimum tax on the biggest companies. Each country, including the U.S., now needs to make changes to their individual tax codes to bring them in line with the accord.

As recently as Thursday, some lawmakers said they hoped the reconciliation plan would include those provisions.

“The whole notion of trying to get to some global approach where we don’t have countries competing against each other [on taxes] makes enormous international sense, and I don’t think that’s going to happen without American leadership,” said Sen. Mark Warner (D-Va.), a member of the tax-writing Finance Committee.