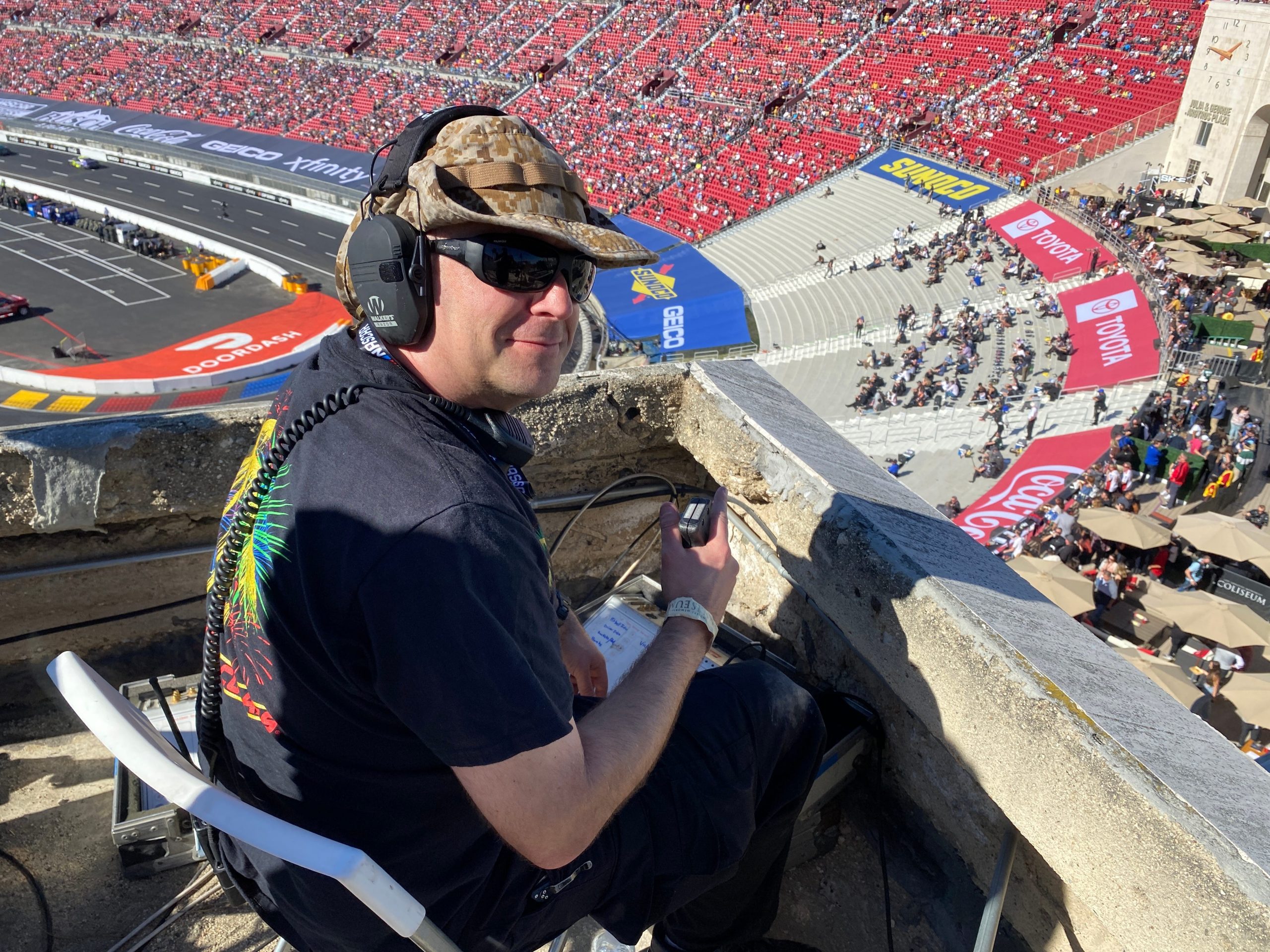 This as-told-to essay is based on a conversation with Mike Tockstein, a 42-year-old pyrotechnician from Southern California. It has been edited for length and clarity.

I’ve loved fireworks ever since I was a little boy. Growing up in California, my parents would often take me to see fireworks displays near where we lived.

During the smaller shows, which usually took place in the off-season, I’d always inch my way up to the front of the barricades to try and catch the attention of the crew in the hopes of talking to the operator. I wanted to learn everything I could about how they did what they did.

In California, you must be at least 18 years old to become part of a fireworks display crew. When I turned 18, my parents discovered that Pyro Spectaculars by Souza, the company known for doing the Macy’s 4th of July Fireworks Spectacular for 40 years, was doing a show near where we lived. After the show, we reached out to them, and shortly after, I was able to secure an apprenticeship there. In California, you’re required to apprentice for a minimum of two years and work at least eight public fireworks displays during that time period. You’re also required to obtain five written letters of recommendation from California-based pyrotechnic operators before you can apply for a license and take the state fire marshal’s written pyrotechnics exam. Then, if you want to be able to transport fireworks to and from show sites, you also need a commercial driver’s license with a hazardous-materials endorsement from the local DMV.

Two weeks after my 21st birthday, I passed the exam and got my operator’s license, and continued working at Pyro Spectaculars. Now, more than 20 years later, I’m responsible for supervising a crew in the setup and firing of public fireworks and producing fireworks displays all over Southern California. I’ve worked on a variety of shows ranging from Fourth of July celebrations to NFL, MLB, and NASCAR events and the Special Olympics World Games, in addition to red-carpet affairs, weddings, and corporate functions.

While we produce fireworks shows for a variety of occasions, July 4th is the pinnacle of the year for guys like me Tockstein at work at a baseball game.

I think what makes Independence Day celebrations so unique is that people come together with the express purpose of seeing fireworks, as opposed to other events where fireworks may simply be a great addition. It’s our country’s birthday party, and we expect to celebrate with fireworks.

At my very first professional show, we hand-fired aerial display shells, similar to the way it was done back in the day, meaning we manually light every mortar by hand with a road flare. Talk about an adrenaline rush!

But while hand-firing can certainly be exhilarating, it can also be very dangerous. A lot of shows are still done this way, but I haven’t done a hand-fired show in close to 20 years, as many companies have phased them out and moved entirely toward electrical firing systems. This is the biggest change I’ve seen since joining the industry. These days, there are two types of electrically-fired systems: The first, known as an analog pinboard firing system, is when an operator manually pushes a button for each shot. In this particular instance, you’re most likely listening to a cue track that syncs to the music the crowd hears, signaling you to press each of the cues on command. The other is a computerized-firing system, where the operator presses a button and the computer then fires the entire show in sequence with the musical soundtrack.

But before we get to that part of the show, there’s a lot of fairly intensive manual labor involved.

On show days, we start out early in the morning Tockstein loading a 10-inch shell for the Statue of Liberty’s 125th anniversary in 2011.

I always pack lots of food, water, and Gatorade to ensure we all stay hydrated through the day. Then I head to the warehouse to pick up our preloaded truck and make my way to the show site to meet the crew.

As part of our safety measures, everyone wears safety goggles, hard hats, long pants, long-sleeve shirts made of nonsynthetic material in the event of a fire, and close-toed shoes. I always say, “What comes up, must come down” and fireworks are no exception, so it pays to be prepared.

Onsite, we’re responsible for everything, from unloading trucks to building fireworks racks to unboxing shells to set-up and layout, which may include moving hundreds, sometimes thousands, of pounds of equipment.

We also orchestrate continuity checks, where your firing system has a mode that sends a tiny current through each electric match to ensure everything is connecting properly. For bigger shows, we’ll also do a dress rehearsal. We can go through hundreds and often thousands of fireworks during a single show. It comes down to a host of variables, including specific site logistics, the desired length of the show, and the client’s budget. This year, Macy’s signature fireworks show produced by Souza will use nearly 50,000 shells and effects shot from five barges floating in New York’s East River.

Like many industries affected by COVID-19, supply-chain gaps, shipping container shortages, and transportation delays out of China into the US caused a fireworks shortage, which resulted in increased pricing. In addition to those price increases, when it comes to premium times of the year like the Fourth of July, companies traditionally set a minimum client spend because there are only so many licensed operators out there. On average, I’d say you’re looking at a minimum range of $20,000 to $25,000 as a starting point.

Once the show is over and the crowd goes home, long after they’ve gone to bed, our crew is still onsite doing the reverse of what we did earlier: breaking everything down, packing up all our supplies and equipment, and surveying the site and doing what we refer to as “dead sweeps” to ensure there aren’t any fireworks remnants or unexploded shells left. Then it’s time to drive back to the warehouse with the truck.

I like to say, there’s a reason the word ‘work’ is in the word ‘fireworks’ because you’ve truly got to love what you’re doing You may enjoy working on that first show, but if you come back to work a second one, it means you really must love it.

In addition to having a passion for fireworks and no felony record, the best person for this type of work is a self-starter, not the type of person who waits around for someone to tell them what to do. You’ve also got to responsible and hard-working, and comfortable being a team player because setting up and breaking down shows and handling logistics is a team effort — and you also need to look out for one another from a safety standpoint.

At this point in my career, I’ve probably worked 250 shows, but it never gets old. Every time, I can still feel my heart racing and my adrenaline pumping, and when I hear the cheers from the audience, we’ll, that’s as close as it gets to having a rock-star moment — and man, does it feel great.