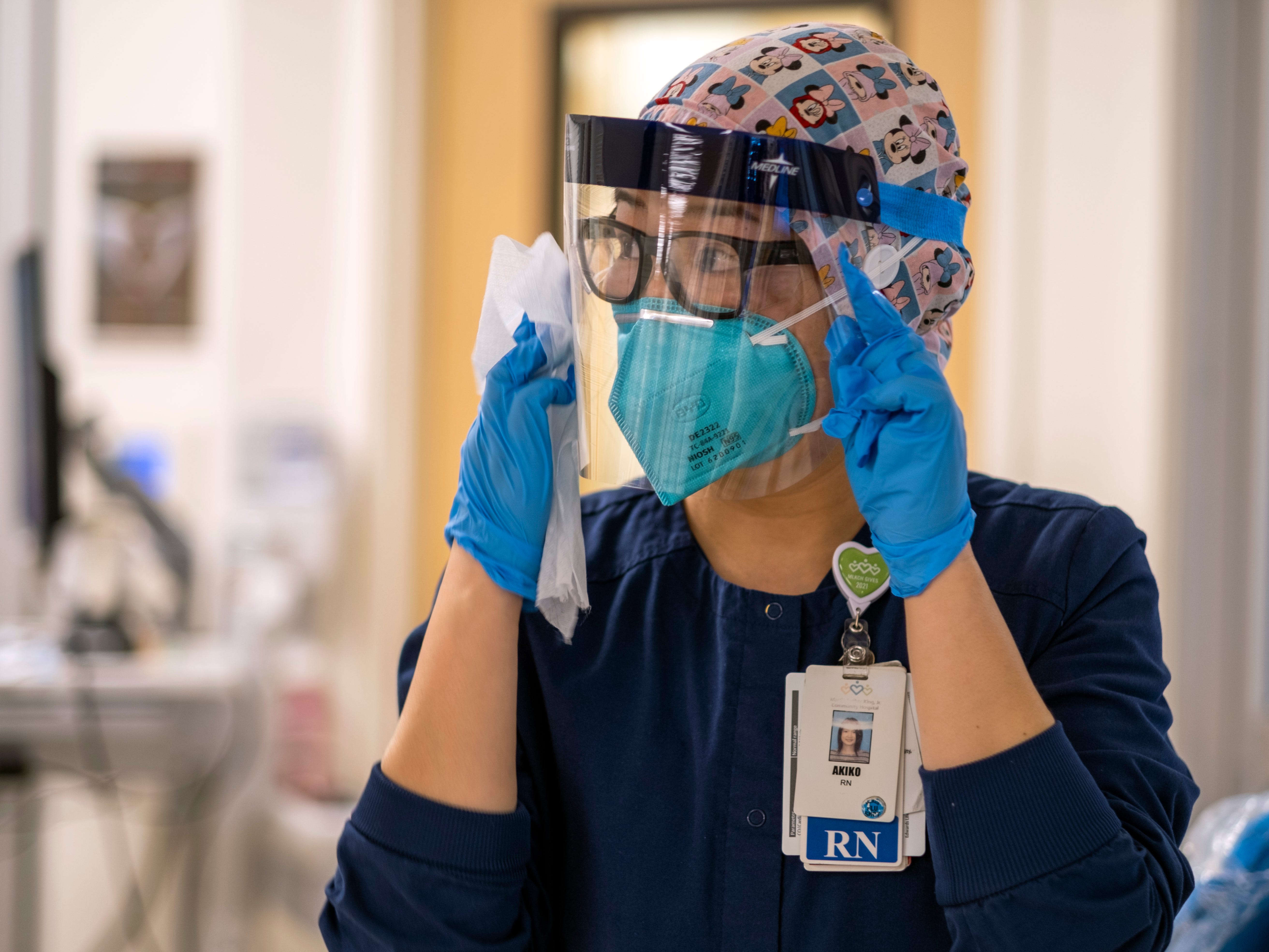 A new survey conducted by UK researchers underscores the damage that the COVID-19 pandemic has done to frontline medical workers’ mental health.

New research by medical experts in the United Kingdom adds credence to the idea that embattled frontline hospital workers had stress levels akin to those in a war zone as the COVID-19 pandemic raged.

Healthcare workers in intensive care units throughout the UK experienced levels of post-traumatic stress brought on by the pandemic likely tantamount with those endured by soldiers who fought in the war in Afghanistan, according to results of a new survey released this month, in which researchers warned that severe stress could undermine the quality of patient care.

Nurses early on in their careers were among the groups whose mental well-being was found to have been hit the hardest. The survey’s findings, which have not yet been peer reviewed, are based on responses from English intensive care staff before, during, and after the first winter wave of the pandemic, which erupted in late 2020 and persisted into early 2021.

Its conclusions suggest a link between poorer mental health among hospital workers and increased “functional impairment” while on the job.

“These effects are likely to impact on patient care outcomes and the longer-term resilience of the healthcare workforce,” the researchers said.

On numerous occasions throughout the multi-year public health crisis, first responders and hospital workers have had to sprint into action as case counts have ballooned and hospital beds have filled up.

More than two years since the emergence of the novel coronavirus in China, the world continues to be battered by repeated waves of infections, with the most staggering case counts being recorded during the Omicron surge beginning last month.

This latest research, which was posted to the preprint medRxiv server in mid-January, provides another look at the damage done to healthcare workers. It comes amid dueling challenges for healthcare workers: a growing mental health crisis, coupled with bottlenecks in reinforcements as the global labor shortage hits the medical field.

In October, The Guardian newspaper reported that the UK’s National Health Service had counted nearly 40,000 vacancies for registered nurses in England. For the better part of a year, many US nurses have said that exhaustion and frustration unleashed by the pandemic has forced them to contemplate leaving the field altogether.

To compile its findings, the new survey relied on data from more than 6,000 surveys completed by healthcare workers in 56 intensive care units operated by the NHS. Nurses comprised more than half (57.5%) of survey respondents, followed by doctors (27.9%) and other healthcare staff (14.5%). Funding for their research was supported by the Health Protection Research Unit of the UK’s National Institute for Health Research.

This isn’t the first time that researchers have linked the battle against COVID-19 with post-traumatic stress and healthcare professionals.

Last year, researchers at the Yale School of Public Health found in a separate survey that more than 22% of US healthcare workers had developed probable post-traumatic stress disorder.

Side effects of PTSD can include unwanted flashbacks to the original traumatic event, feeling cut off from relationships or despondent about the future, or turning to substances like drugs or alcohol to cope, according to the Mayo Clinic.

To help with the symptoms of post-traumatic stress among hospital staff, the research authors of the new survey from the UK advocated several solutions.

Among them were the “promotion of social cohesion at work,” increased communication between clinical leaders and staffs about what they’re going through, and changing up workers’ schedules or reducing their workloads.