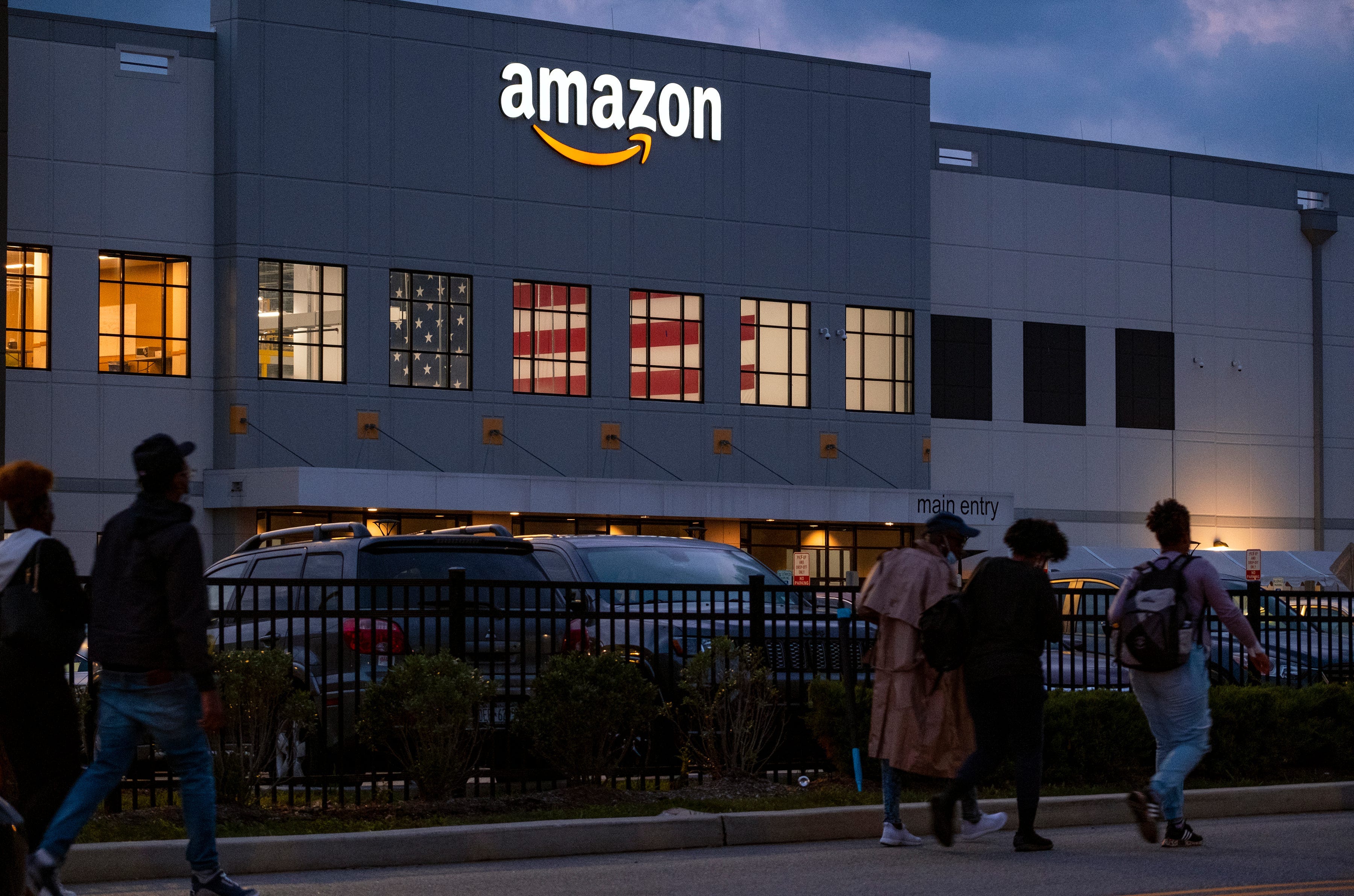 An Amazon distribution center in Staten Island in October.

This as-told-to essay is based on a transcribed conversation with an employee at Amazon’s Staten Island JFK8 warehouse, which is trying to unionize but has run into plenty of hiccups: There was an NYPD visit where an organizer was handcuffed, and the Amazon Labor Union staged a walkout recently. The employee spoke on condition of anonymity to protect their job, but their employment has been verified by Insider. The conversation has been edited for length and clarity.

I’ve been working at the Amazon warehouse in Staten Island for three years. I’m a stower. I wasn’t looking for Amazon specifically, I just needed a job.

It was peak season, and they were hiring for the holidays. They needed workers, so I got hired full-time. The hiring process was straightforward. I did an online test, and I had to pass a background test and drug test. The entire hiring process took about a month.

I had a trainer for about a month. They wait until you can work on your own, but they’ll help you more if needed. Management spends a lot of time making sure that you know what to do.

I really like the benefits and potential for promotions and raises. There’s also the option for overtime so you can earn more, and I always take overtime. When you’re doing great, they tell you. They make you feel like you’re a part of something. You get a lot of support from managers and co-managers. They don’t micromanage you. They don’t say, “Do this, do that.” If you make a mistake, they’ll come over and show you on the laptop and let you know if you’re not doing well. But they’ll tell you, not fire you.

There has been some talk about getting a union. I’m fine with it. I’ve heard that with a union, we can get higher hourly pay and a voice to speak for everyone. That would be nice.

If you’re good, you can move to a different department after working there for a while. You can also do shift swap. Say you were scheduled to work Monday, Tuesday, Wednesday, Thursday and you don’t want to work Thursday. You can switch your Thursday to Saturday, and do it all on an app. Everything is online. You can check your benefits, your pay, how many unpaid days, everything is online. Even the firing.

The worst part is the unpaid time, otherwise known as “UPT.” You have to be careful with your unpaid time. Every time you’re late or leave early, they take hours away. You get 20 hours unpaid time per quarter, a total of 80 hours per year. That’s the max.

If you don’t come in late or leave early, you’ll be fine. You manage your own time. If you don’t like standing or staying up, this isn’t the job for you.

Certain workstations are used for new hires, so workers sometimes have to move, and that can be frustrating. If you’re working in that station for a while, you’re used to it and you don’t want to leave. I’ve been moved a couple of times for new hires, and I didn’t like it. The new hires will get the simpler tasks and the more experienced staff get the harder tasks.

When you’re doing well, they come and tell you. It makes you want to come in the next day. One day I was doing small items, going really fast, scanning more items, getting higher numbers, and the manager came over and said: “You’re doing a great job.” My manager told me I’m always working hard, and he doesn’t have to be bothered with me.

The Staten Island location has a great environment. Managers look out for you and support you.