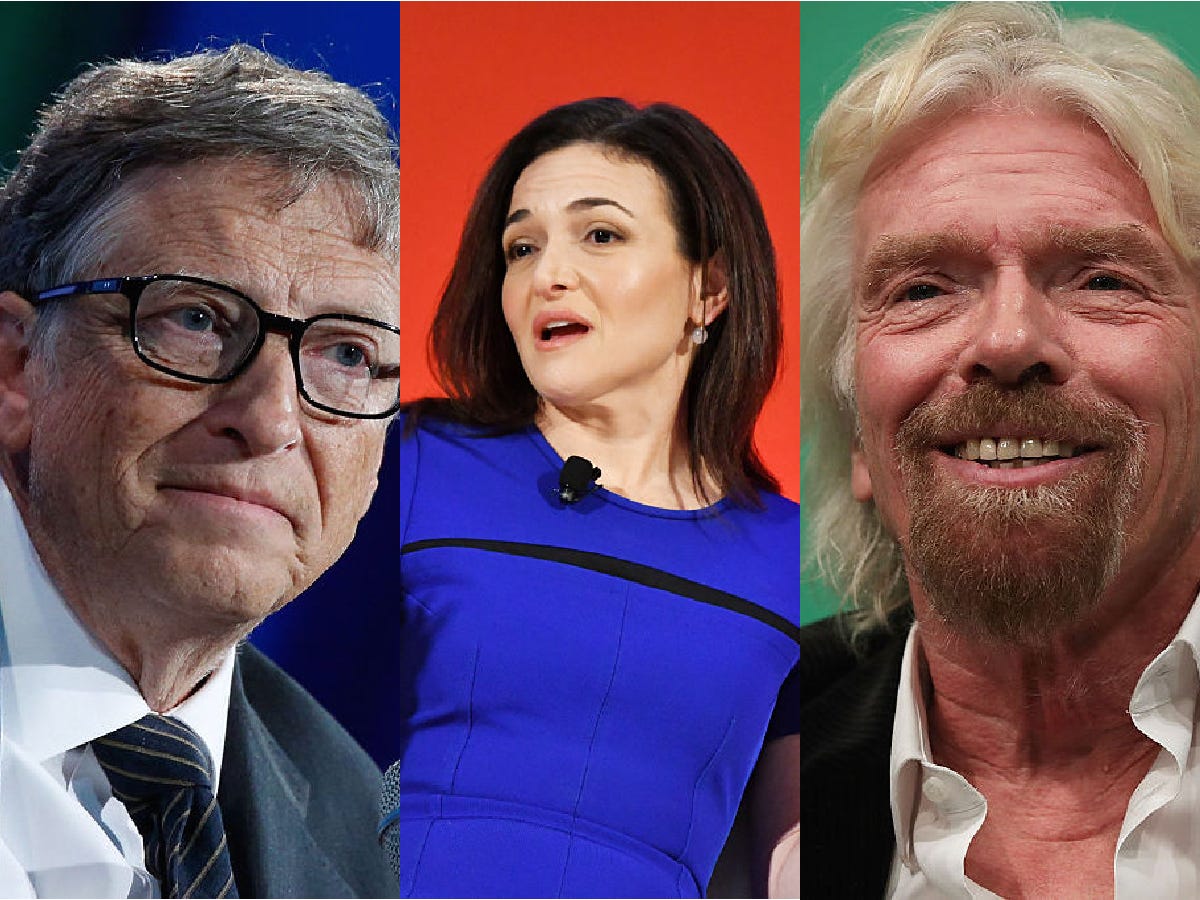 Every year, a lot of people make a New Year’s resolution to get more organized. There are plenty of tips and tricks out there for this purpose, and I recently decided to put one to the test.

Gates and Branson scribble down ideas as they come to them throughout the day, so they don’t forget them. Sandberg notes down what she needs to do for the day and tears out pages once everything on them is complete. I tested out their different note-taking methods for a week and found one worked best by a long shot.

During this experiment, I tried taking my notes on paper, as Gates, Branson, and Sandberg do, but I also tried jotting things down on my laptop on some days.

I started with Gates’ and Branson’s approach.

I usually only write down ideas with the most potential and mentally file away the others. This meant that, this week, I sometimes needed to consciously remind myself to write down every idea that came to mind, no matter how small.

When I did, I found some smaller ideas were actually pretty promising once I gave them more thought and research, and I was thankful I’d written them down, or else I might have forgotten them.

The downside to this method for me was that, given my personal tendencies, taking notes on paper sometimes created extra work. For example, I like to keep all of my article ideas in a spreadsheet on my laptop, so they’re all in one place. This meant I was jotting down ideas on paper, only to have to type them into a file later.

Next, I tried Sandberg’s note-taking method — I thought this was the most constructive use of physical note-taking for two reasons.

First, there’s some satisfaction in ripping out a page once everything on it is finished. It gave me a sense of achievement for that day and some motivation for the next.

Second, these were notes I only needed for one day. There was no need to transfer them to my laptop, as I had to do while following Gates’ and Branson’s method since those notes were for longer-term matters.

At the end of the week, I found taking notes on my laptop was preferable to writing them on paper. This was partly because of my personal habits and preferences, since I prefer to consolidate my work essentials on my laptop when possible. I see how people who don’t share this tendency might prefer physical note-taking, but it just wasn’t as useful for me.

My current work circumstances were also a factor. Since I’m working remotely, I’m near my laptop more often than I’d otherwise be, so it isn’t difficult to just write notes there since it’s on hand anyway. Under more normal circumstances, I’d be out more, so keeping a notepad might be more useful, since it’d be more likely an idea would strike while I’m away from my laptop.

Going forward, I’ll keep writing out tasks and to-do lists on paper since Sandberg’s technique reigned supreme for me.

For ideas, I’ll stick with digital note-taking, but following Gates’ and Branson’s method reinforced to me the significance of writing down ideas as soon as they spring up, even if they seem inconsequential.