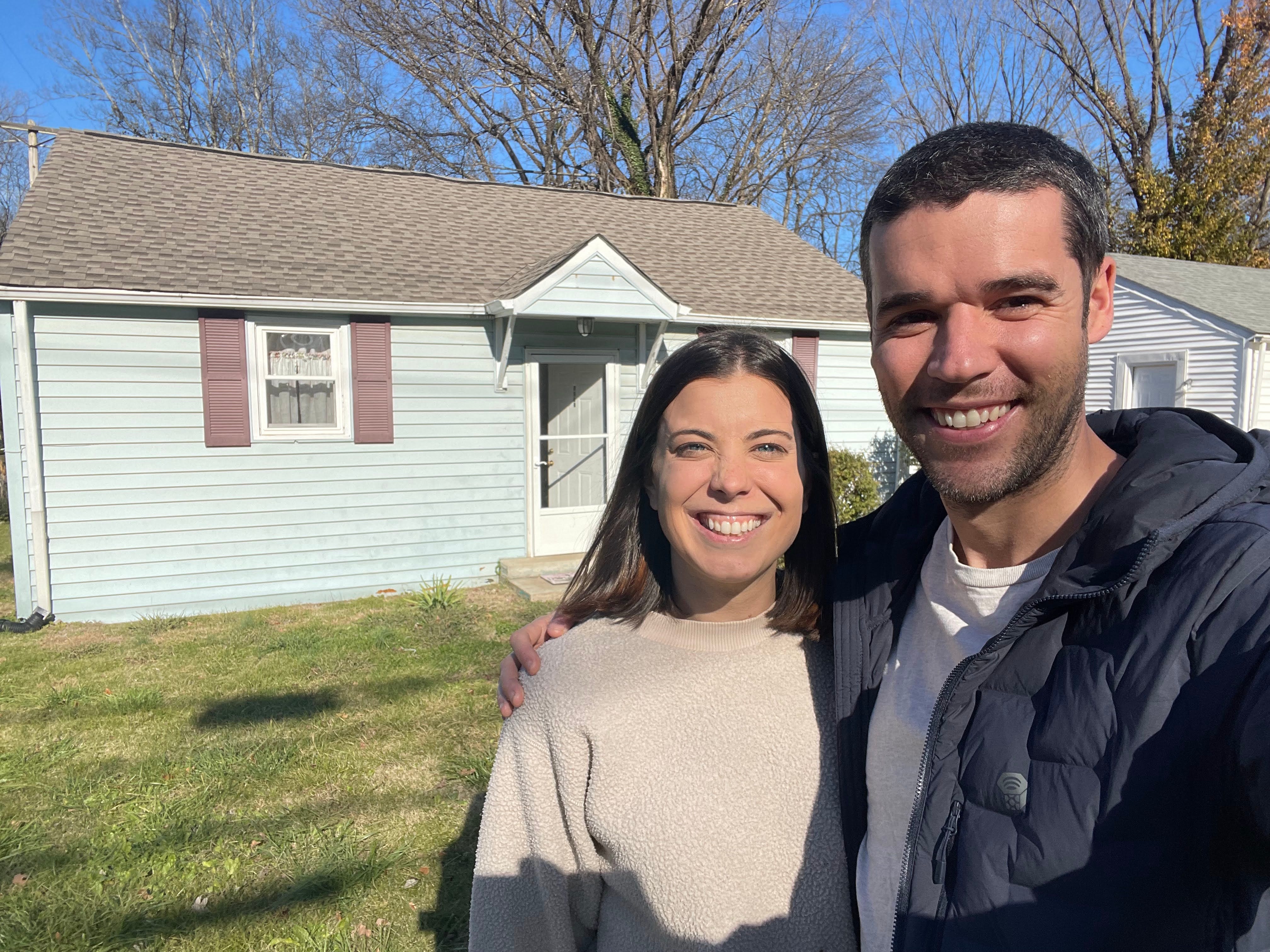 Demi Skipper and her husband in front of the final trade, a two-bedroom house in Tennessee.

This as-told-to essay is based on a conversation with tech product manager Demi Skipper about her Trade Me Project. It has been edited for length and clarity.

If you’d told me a year and seven months ago that I’d be holding the keys to a house I traded for a bobby pin, I never would have believed you — even though I had that exact goal.

I wasn’t sure what I would do once I got the house. I just knew I wanted to achieve my goal of trading a bobby pin for one.

I was inspired by a Canadian man who traded a paperclip for a house through 14 trades over one year from 2005 to 2006. The question, “Could I do the same?” nagged at me until I felt sure the answer was yes.

I was optimistic when I started out, but it was a much tougher journey than I imagined Skipper searching for her next trade in Southern California.

At first, the trades were easy: a bobby pin for a pair of earrings, a set of margarita glasses for a vacuum.

But as the items got higher in value, the trades became more complicated. Each trade took weeks of logistics, hours of stress, and heaps of self-confidence that I was making the right move.

I decided to share my experience on social media. I posted my very first TikTok about the trade with zero followers in May 2020. Now I have 5 million.

The community in the comments helped me transport and store traded items around the country, like the car I kept in someone’s garage. As my page continued to grow, there were also the inevitable negative comments saying I’d made a stupid trade or had bad intentions.

Mean comments about my physical appearance started to take a toll to the point I had to stop reading them. My husband of two years was there for me through it all. Everyone who doubted me ultimately fueled my determination to get the house and prove them wrong. Almost every waking moment outside of my full-time job in tech product management was spent thinking about and trying to make trades. Some of the items were very unique, like a card worth one year of unlimited free meals at Chipotle.

The Chipotle Celebrity Card was what I traded for the second-to-last item that I’d ultimately trade for the house.

That item was a trailer valued at $40,000 and was one of the most complicated trades yet

The woman who owned it, Alyssa, was willing to trade it because it was very unique and difficult to sell. It’s a completely customized, refrigerated, solar-run mobile truck that she’d used as a flower shop, but is also outfitted as a food truck.

The trailer was stuck in Canada because of the closed border and customs issues, so it took five months before I was finally able to get it into the US. Once I did, I made my last trade for the final item: the house.

The house is a cute two-bedroom, one-bath valued at $80,000 in Clarksville, Tennessee, with a great yard. The next step is to fix it up (the dated carpets definitely need replacing) starting in January.

The goal was always to get the house — whether I lived in it, sold it, or gave it away wasn’t important. I’m still not sure which will happen after I renovate.

Sometimes my husband and I look at each other across the table and wonder, ‘Is this real?’

This process has been life-changing. The journey taught me that anything is possible, no matter how many missteps and no matter how unthinkable it seems.

I’m ready to do this all over again even though it was hard. Now I want to be the first person to trade a bobby pin for a house twice.

Editor’s note: Due to an exclusivity contract, Skipper was unable to share more details about the house trade.