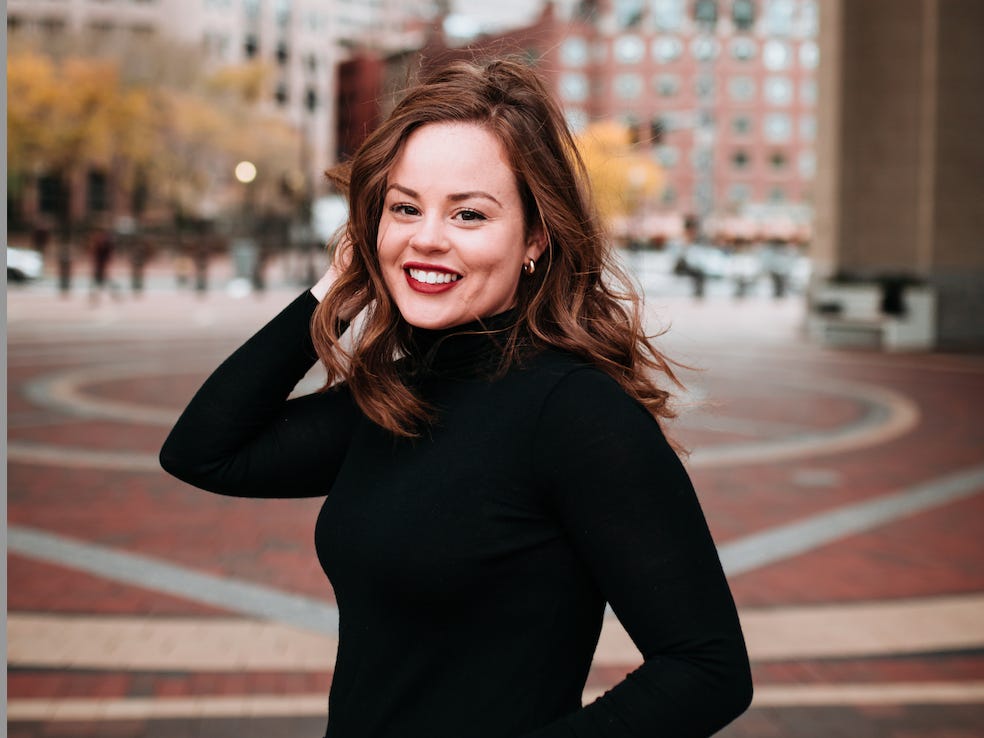 I caught COVID-19 on the early side of the latest surge that’s slammed New York and other cities around the country. After somehow avoiding the virus for nearly two years — as far as I know — I tested positive on December 15.

Generally, my risk has been low

I work from home and abide by Boston’s indoor mask mandate when running errands and going to the gym. I received both Pfizer vaccine doses this past spring but hadn’t been able to find a booster-shot appointment in December.

On Saturday, December 11, I’d attended a spin class where all participants were required to show their vaccination card and masks were recommended. Around half of the class participants wore masks.

That following Monday, I woke up with a slight cough and some congestion

By mid-morning, I felt some body aches and chills, but that only lasted an hour or two. Overall, I was exhausted and annoyed to be sick for the third time in four weeks as a generally fit and healthy adult.

I continued to work over the next two days while lethargic, congested, and coughing. I canceled all in-person meetings, although I didn’t even consider that I had COVID-19 until I got an email from the studio notifying me of possible exposure.

As soon as I received the email, I suspected that I’d caught the virus

Although tests don’t indicate the variant, I now believe based on Massachusetts rates and early research on symptoms that I likely had Omicron.

I called the local community health center where I normally take free COVID-19 PCR tests. Over the past 10 months, they could usually offer next-day appointments. On December 15, they were booked for the next seven days.

I searched for online appointments at the 5 or so CVS pharmacies closest to me. All were booked for several days. Some friends had purchased take-home rapid tests at their local pharmacy, but other Bostonians have described the self-test rapid kit availability as dire.

Although I had a few rapid tests on hand left over from an international work trip, I decided I didn’t trust self-testing enough to rely on it before a weekend full of holiday plans. A clinic in the Dorchester neighborhood of Boston on December 22.

When I showed up mid-morning, the clinic had already been open for 20 minutes. The line circled half the block.

But the holidays were coming up and I was symptomatic, so I didn’t have much of a choice since the clinic was only open for four hours that day.

I felt bad for the children and the elderly woman that had to stand in line in 40-degree weather. I tried not to cough. Finally, I got to the front of the line after waiting more than an hour. (As of December 22, patients at the same location waited closer to two hours.)

After I stepped inside the clinic, I registered and sat another 10 minutes in a waiting room

When it was my turn, I was privately administered a rapid test and told I would receive my results on an app the same day.

Four hours later, I received my positive result. I’ve been quarantining since then, passing the time by working, reading, and catching up on movies.

Thankfully, it was a mild case that I mostly recovered from after 4 days

During the week of my quarantine, Boston and its surrounding area was averaging around 600 new cases a day — a significant increase from two weeks ago. It’s a large number given that 76% of all residents over the age of 12 are fully vaccinated in the county.

And over the past week, I’ve heard of at least a dozen friends around the country who also had tested positive or were suspected positive. Experts say that Omicron could be our most aggressive surge yet.

While it’s not great news that many areas like Boston are experiencing a sudden surge in cases, it is good news that some testing sites are stepping up to the task — or trying to

While lines have only increased at walk-in testing sites, Boston Public Libraries announced on December 20 that they were handing out free take-home tests at branches around the city, and some of the hardest hit communities are receiving take-home tests.

I’m grateful to be out of quarantine a couple days before the holiday, although my family gathering will be a lot smaller than expected. While many families might need to postpone gatherings, we can remain hopeful that the delay is worth it to keep everyone healthy. This surge won’t last forever.