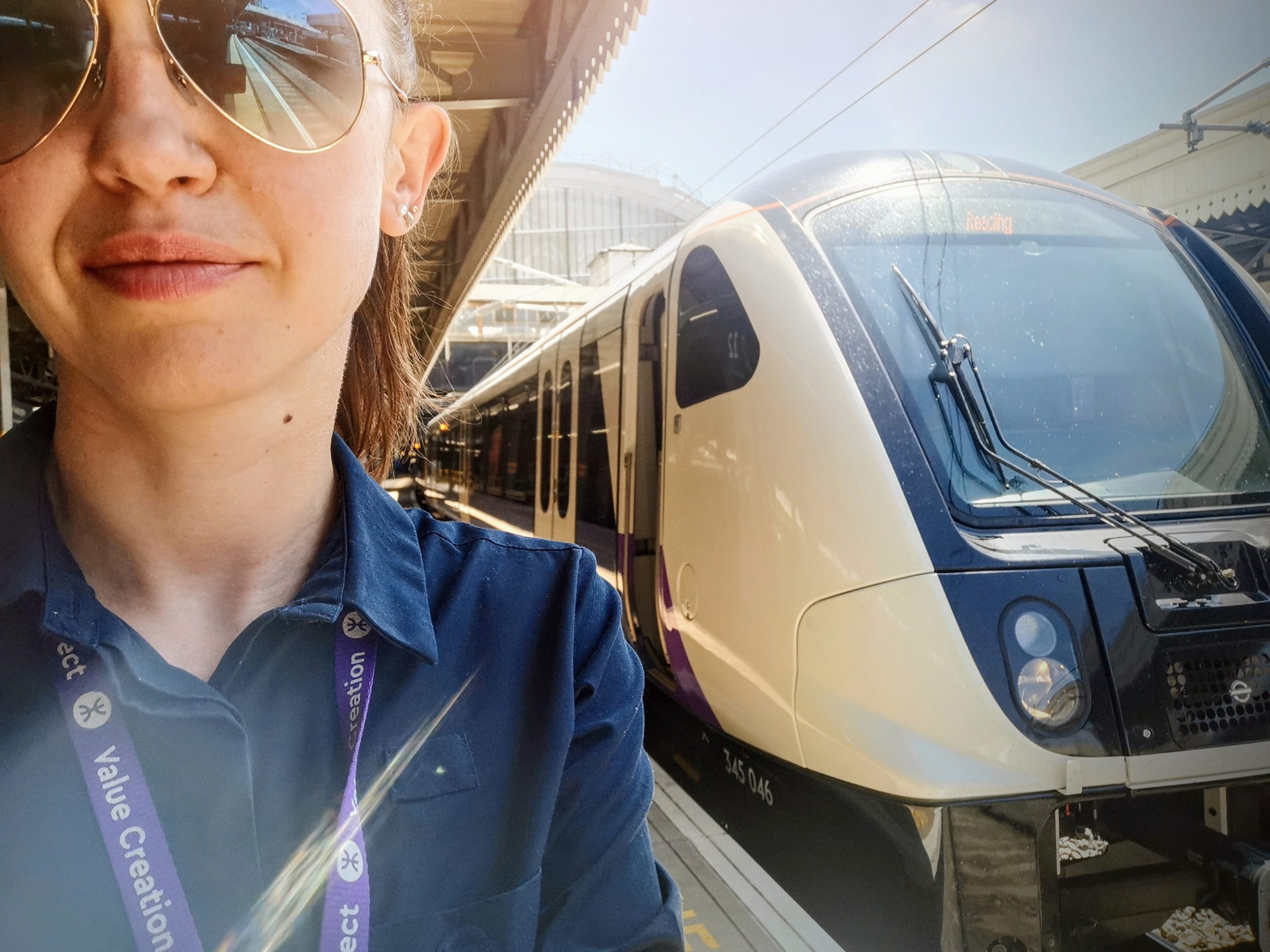 The Elizabeth line, London’s brand-new railway that took 23 years to build and opened in late May. I was the first person to drive one of the trains for the $25 billion project.

Before becoming an Elizabeth line driver, I didn’t have any experience in operating trains. I used to work in hospitality until my husband saw an advertisement for female train drivers at Crossrail and I decided to apply.

I was quite concerned before jumping into the rail sector. I thought the culture wasn’t for me. I thought it would be intimidating and unwelcoming, especially for a woman. But it was the exact opposite from day one. Monika Michalska in front of the Paddington station sign for the Elizabeth line.

After nine months of training, I walked down the station platform at Abbey Wood, south east London, ready to drive the first Elizabeth line train to Paddington, a main hub in central London, at 6 a.m. Many train enthusiasts had gathered at Abbey Wood station to watch the train roll on the tracks for the first time.

Given that it was such a big moment for the railway company Crossrail, the enthusiasts, and myself as a driver, I did a countdown for the train departing the station. Inside the drivers’ cab of an Elizabeth line train.

I still can’t believe that it was actually me who had the opportunity to be the first person to drive a train for the line, which was officially opened by Queen Elizabeth II.

Even though it was a huge construction project and requires a lot of responsibility, I’m not scared about the job. I feel proud. I think, “Wow, I’m in charge of this shiny, beautiful train and I’ll take the passengers wherever they need to go.”

Having said that, I dread the early morning shifts. Whenever I see my name on the roster for 2 a.m., I’m not a happy bunny. Some shifts are long and you have to focus — even if you want to go to bed or you’re hungry — you need to keep going. It’s challenging to organize my life around the shifts, especially with children but it’s the only negative thing about the job. Everything else makes up for it. Despite what you might think, the job isn’t boring. What I really enjoy about driving the Elizabeth line is the variety that I have. There are two different tunnels along the route and some parts have different speeds and stopping times, which makes driving more interesting. Other sections, for example in west London, allow you to travel at high speed, which is fun.

A total of 70 trains cross through 41 stations on the 60-mile route from one side of London to the next. Much of the route — mainly outside central London — is overground. I’d like to think that us Elizabeth line drivers are much luckier than underground tube drivers who are in tunnels 90% of the time. Monika on a platform in front of an Elizabeth line train.

As an Elizabeth line driver, I work any day of the year. The only day we can guarantee that we’ll get off is Christmas. The shifts can be as short as five hours and as long as 12 hours but on average it’s around eight hours’ long.

Apart from the early shifts, nothing else phases me. My work is like a family to me. I even have a favorite train unit that I like to drive — Unit 12 — which is the first-ever train I drove during my training.

I feel like I hit the jackpot when I got hired for this job.