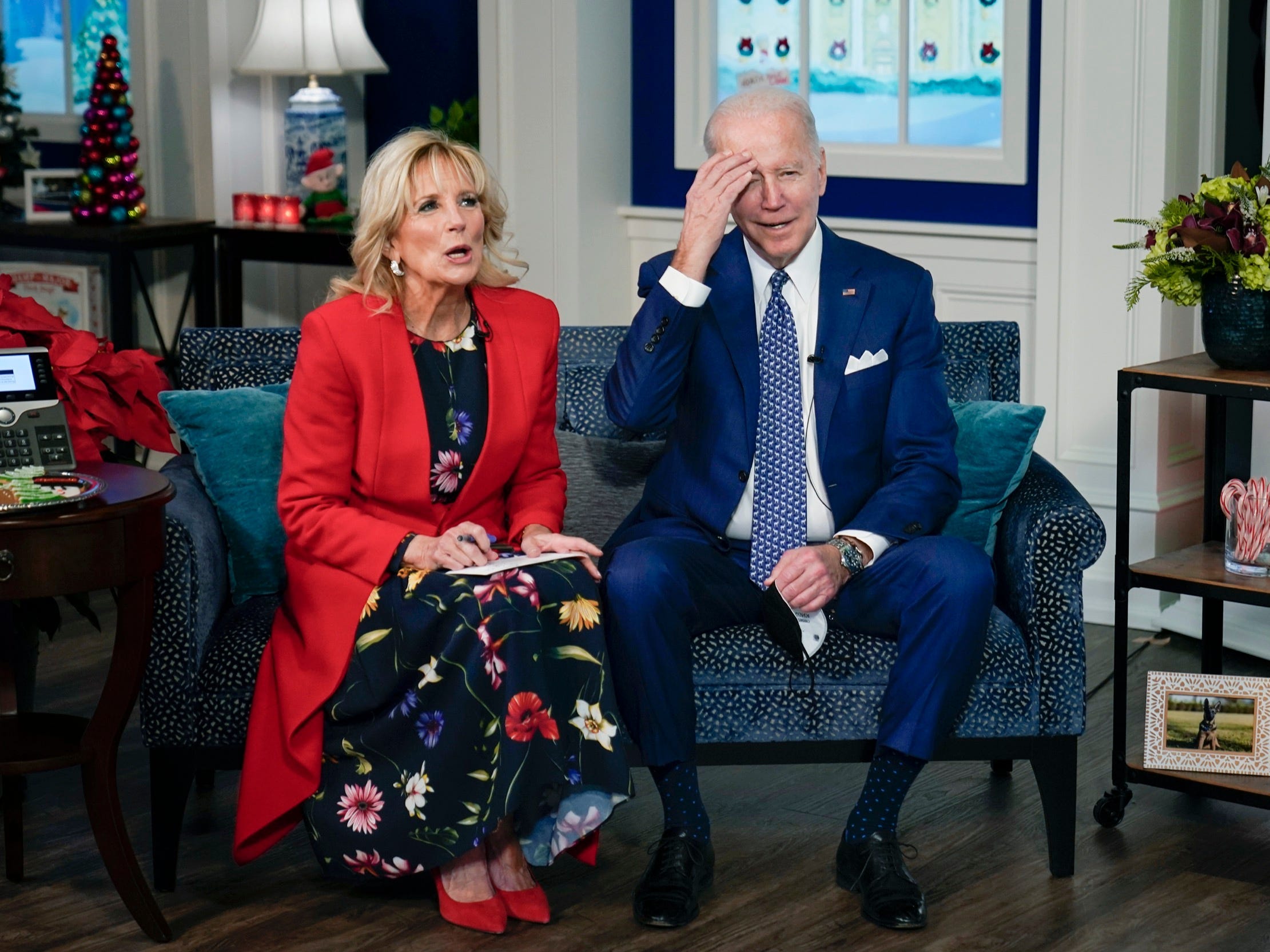 A father told President Joe Biden “let’s go Brandon” — a conservative code phrase for “fuck Joe Biden” — on Friday morning after Biden wished the man’s children a Merry Christmas and told them to be in bed by 9 p.m.

You can watch a video of the exchange here:

The father, named “Jared” according to a White House pool report, tossed the insult as the president and First Lady Jill Biden held a series of calls with families while monitoring Santa’s progress through the NORAD Tracks Santa Operations Center tracker.

Jared’s four children had wildly different requests for Christmas presents (one asked for a piano and another said she’d be “happy with anything”). One of his sons, named Hunter, asked for a Nintendo Switch. Jared closed out the call by saying “Merry Christmas and let’s go Brandon,” according to the pool report.

Presidents wishing children a Merry Christmas is an annual tradition and typically goes by without note. The last time the event made news was in 2018, when then-President Donald quizzed a seven-year-old about whether she still believed in Santa Claus.