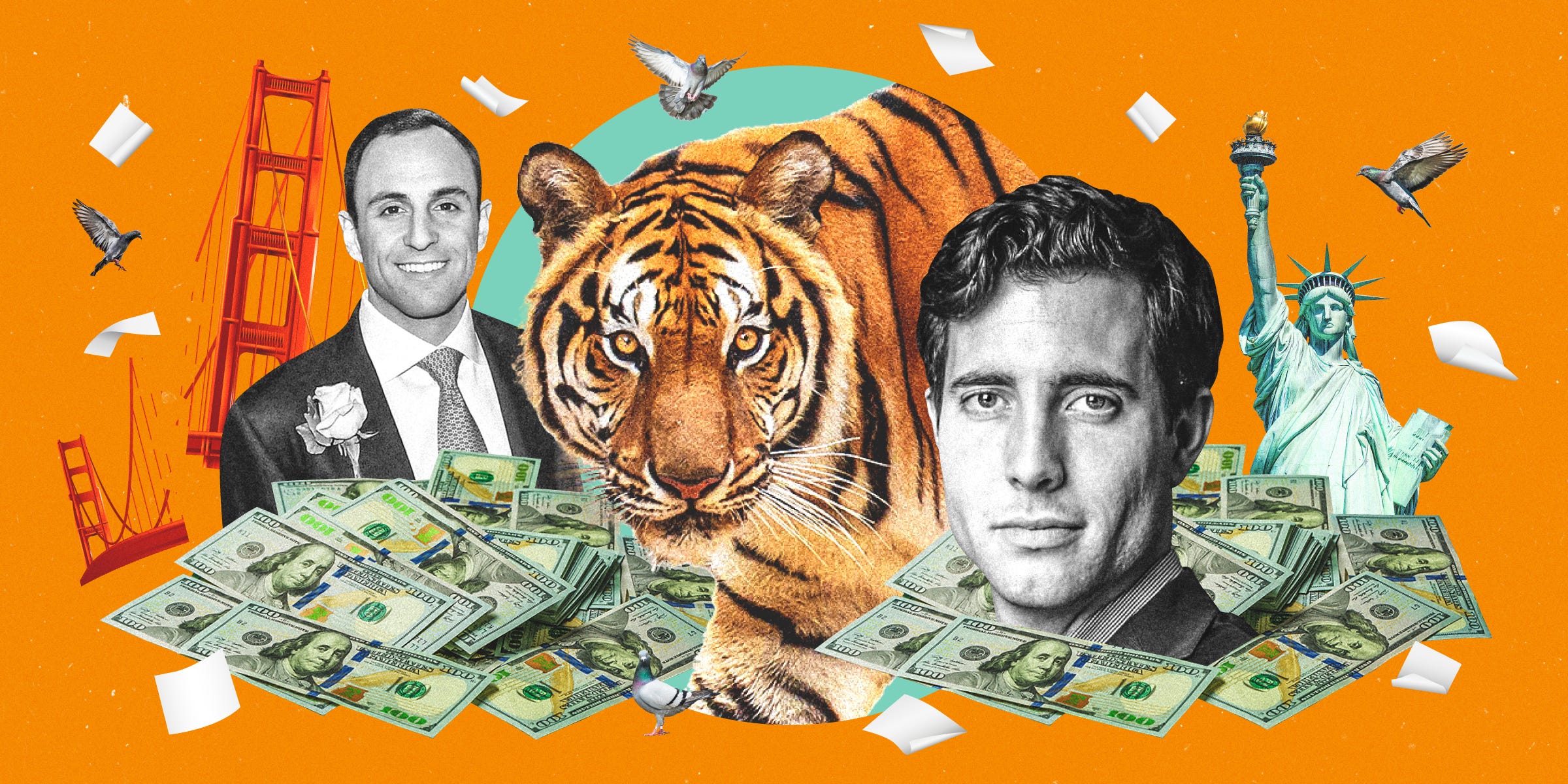 It’s no exaggeration that in the world of venture capital, 2021 was the year of Tiger Global.

The global hedge fund made its mark with a feverish investing pace that won it some of the year’s biggest venture-capital deals. For instance, it led rounds in Patreon, a content-creator subscription platform; Hinge Health, a healthcare startup; and Side, a real-estate tech company.

The firm’s approach involved a mix of offering huge amounts of cash to startups in hot sectors, such as crypto and fintech, and a brisk pace of dealmaking that left many of Silicon Valley’s biggest venture firms in the dust. Tiger made 335 total investments in 2021, more than marquee VC firm Andreessen Horowitz, Crunchbase showed.

That frenzied pace fueled a competitive market for investors, which boosted valuations of startups across the board to levels not seen before.

Startups that chose to accept investments from Tiger Global told Insider they liked the firm’s fast-paced dealmaking and relatively hands-off approach. Unlike other VCs, Tiger rarely takes board seats, they said. Late-stage startup founders, in particular, said they preferred the capital instead of advice.

But not all VCs think the changes are for the best. Some top VCs think the incentives get skewed when venture capitalists have billions under management, with firms — including Andreessen Horowitz, Insight Partners, and Sequoia — closing multibillion-dollar funds this year.

Needless to say, Tiger’s approach to venture investing threw out the traditional VC rulebook and forced the industry to rethink how it does deals going forward.

Yet, there’s no sign of that dealmaking stopping. Tiger Global has already closed on an enormous, new $8.8 billion fund, its biggest venture fund ever, Bloomberg reported. That’s on top of a $6.7 billion venture fund it raised in March, and a previous $3.75 billion fund from early last year.

Read more on how Tiger Global shook up the venture-capital ecosystem: Founders were shocked and awed

Many startup founders are often shocked and awed by the speed and ease at which the global investment firm opens its mighty war chest.

That’s because Tiger typically does all of its due diligence on companies beforehand, giving it the upper hand. That was the case with the logistics startup Hive in Berlin, where Tiger led a $34 million Series A, said Franz Purucker, the company’s chief strategy officer. The hedge fund also did its homework on the email startup Superhuman. CEO Rahul Vohra said all it took was a phone call with John Curtius, the head of Tiger’s software-investing practice. Two days later, Tiger had invested in Superhuman’s $75 million round. Other founders recounted getting deals in a matter of hours or sometimes even minutes.

Read more on startup founders and their deals with Tiger Global: Every market. Every stage.

Tiger made a total of 335 investments in 2021, making deals every four out of five working days, Crunchbase showed. And that meant it doled out funds across a host of startups in every stage in sectors such as digital health, fintech and crypto.

Read more about the funding rounds that Tiger took part in:

Check out the pitch decks that savvy founders used to convince Tiger Global to invest millions of dollars. The investments range from startups that connect scooters and drones to the internet to ones that build software to analyze spending at construction sites.