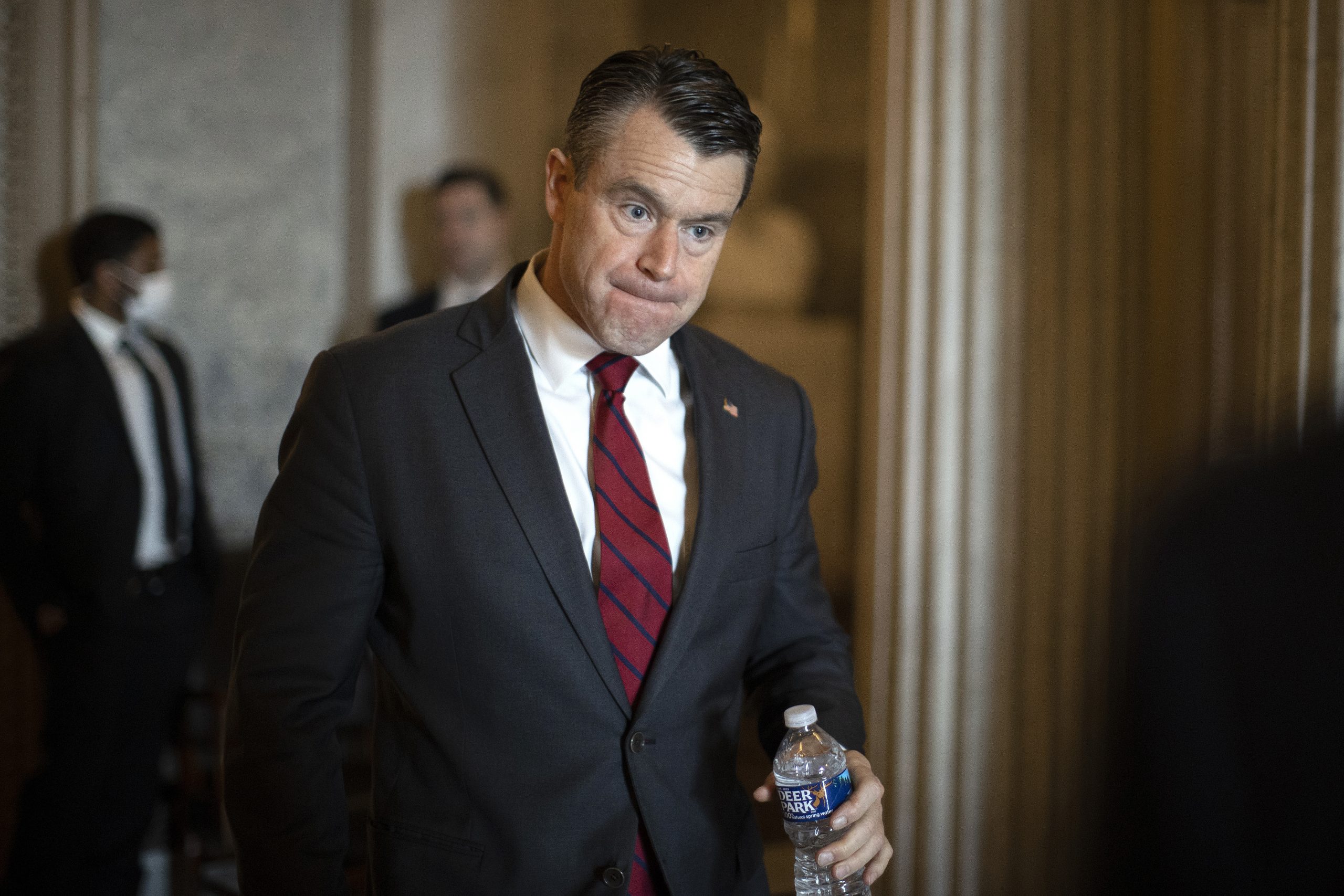 Congress’ big swing at China’s economic and geopolitical ambitions turned out to be mostly a whiff.

The Senate is poised to abandon months of work on legislation overhauling U.S. policy toward Beijing when, as soon as this week, it approves a drastically slimmed-down bill to boost domestic semiconductor manufacturing. It will do so without a firm guarantee that those tough-on-China provisions left on the cutting-room floor will ever become law.

The resulting legislation aims to address the nationwide microchip shortage by spurring domestic production, a pivotal step to depriving China of U.S. dollars, and is poised to include vital research-related provisions. But the failure of the initial vision for the bill has left Democrats and Republicans frustrated at their inability to come together on an enduring strategy to address what they see as the biggest long-term threat to U.S. national security.

“This place is the land of missed opportunities,” lamented Sen. Todd Young (R-Ind.), who has spent nearly two years on the larger effort to boost U.S. competition with China.

A frantic push by the Biden administration led lawmakers to suspend cross-Capitol negotiations on a more comprehensive China competition bill, instead pursuing the chips funding as well as a few other non-controversial provisions already settled in the talks. That was viewed by proponents of action as the more pragmatic option, given the White House’s recent warnings that U.S. companies are on the verge of taking their chip production overseas.

The final package, as outlined by Speaker Nancy Pelosi in a Wednesday letter to her caucus, will include technology and research provisions, too. Pelosi is eyeing floor consideration of the measure next week, suggesting the Senate may be able to clear it within days.

Dropped from the bill, however, were popular provisions aimed at cracking down on China’s coercive economic practices, not to mention the Senate Foreign Relations Committee’s entire contribution to the initial competition package — a sprawling bipartisan effort that got near-unanimous support on the panel.

“We worked very hard to get a bill out of the Senate. We got overwhelming votes for it, and then when we got to the House, we hit a brick wall,” Foreign Relations Committee Chair Bob Menendez (D-N.J.) said in an interview. “It’s a shame. Because it’s [now] a chips bill, not a China bill.”

The centerpiece of the emerging legislation, which senators formally kicked off on Tuesday, is a $52 billion investment in semiconductor manufacturing subsidies, plus tax credits and funding to spur scientific research. While significant, it’s a far cry from what was initially envisioned as a historic bipartisan effort to crack down on China and re-orient U.S. policy in the Indo-Pacific — a long-running priority for Senate Majority Leader Chuck Schumer.

Lawmakers’ frustrations over that fizzling on China stem largely from the House’s failure to act on the larger competition bill last year when the Senate first passed it. Many Democrats are privately grumbling at the White House, too, for not pushing the House to act sooner on the broader legislation and thus establishing cross-Capitol negotiations months earlier.

Instead, the Biden administration this month began warning Congress that it was out of time. Commerce Secretary Gina Raimondo has led that Capitol Hill blitz, calling on lawmakers to send President Joe Biden legislation addressing the semiconductor shortage and encouraging U.S. companies to boost semiconductor production at home — instead of turning to foreign countries.

But in public, Democrats like Menendez are holding off on hitting Biden hard and directing ire at Senate Minority Leader Mitch McConnell, who threatened to tank the China push altogether if Democrats continued pursuing a party-line health care and climate bill.

Young acknowledged that “there is an urgency to act” now on the computer chips subsidies instead of waiting for long-stalled bicameral talks on the broader legislation to wrap up. Those negotiations fell victim to immediate sprawl; dozens of lawmakers got involved, representing committees with jurisdiction over everything from foreign policy to trade to science investments.

“It got to a point where it became large and unwieldy,” said Rep. Earl Blumenauer (D-Ore.), who chairs the House Ways and Means Committee’s trade subpanel.

Senators insisted that moving forward this week without the robust China strategy provisions doesn’t mean the entire effort is dead. They vowed to continue talking with the House to reach a separate agreement on that front and pass it through both chambers before the end of the year.

Senate Intelligence Committee Chair Mark Warner (D-Va.) predicted that Schumer and other leaders would commit to “a conference report potentially voted on in September,” but said it was “now or never” to pass chips subsidies before U.S. companies turned toward China for their manufacturing.

Even if the House and Senate can reach a final agreement on the abandoned provisions, though, it won’t be easy to approve so close to the midterm elections. Congress also has several must-pass bills to process before the end of the year, including the annual defense policy bill. Some lawmakers have suggested attaching the unsettled China provisions to that defense bill.

Blumenauer vowed “a very vigorous” post-election session of legislating: “We won’t make it easy for them to turn their backs on it.”

Importantly, the slimmed-down bill that the Senate will consider this week does include some tough-on-China provisions. For example, it establishes guardrails for semiconductor manufacturers that would prevent them from expanding their existing production in China.

“I don’t want [chip companies] basically taking tax dollars and using that to expand in China, as opposed to here in the United States,” said Sen. John Cornyn of Texas, one of the GOP architects of the chips language. “That would defeat the whole purpose.”

The Senate first passed its version of the broader bill, known as the U.S. Innovation and Competition Act or USICA, in June 2021; the House took no action on it until this year. Senators contend that if the House had kicked off the process sooner, the wrangling between chambers would have been wrapped up by now and the U.S. wouldn’t be facing a now-or-never crisis on chip manufacturing.

“Obviously we understand the urgency of the [Biden administration’s] clear message on chips and we recognize the pragmatic considerations,” Sen. Ben Cardin (D-Md.) said. “But we’re very anxious to make sure all the rest of the components are considered and passed.”

Gavin Bade contributed to this report.