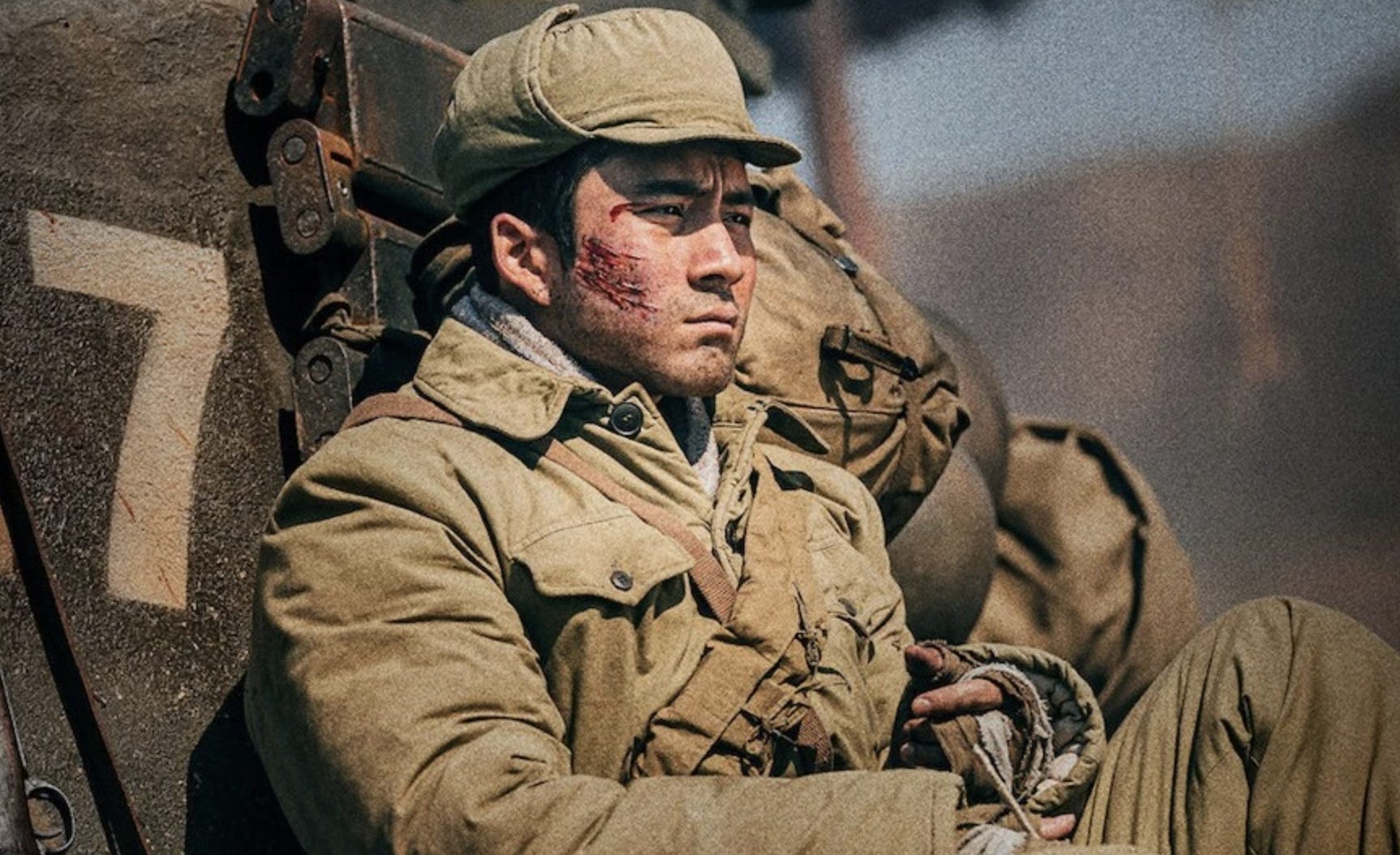 “The Battle at Lake Changjin”

Hollywood and movie theaters in the US were given a boost of confidence recently when “Spider-Man: No Way Home” grossed more than $1 billion worldwide, becoming the first movie of the coronavirus pandemic to do so. More than $600 million of that has come from the US.

But “No Way Home” is an anomaly.

Only two other movies, “Shang-Chi and the Legend of the Ten Rings” and “Venom: Let There Be Carnage,” have cracked $200 million in the US this year. The data firm Comscore estimated that the 2021 box office ended with at least $4.5 billion — double last year’s total but down from 2019’s $11.4 billion.

The real winner of the movie business in 2021 was China, which surpassed the US as the world’s biggest box office, thanks largely to local films that have made heaps of money.

Two movies made more than $800 million just from the region’s box office alone: the war film “The Battle at Lake Changjin” and the dramedy “Hi, Mom.” They were highest-grossing movies in the world in 2021 until “No Way Home” came along.

Looking at Hollywood’s other releases last year, and the state of US movie theaters, the US theatrical industry still has a long way to recovery. But the Chinese market rebounded much quicker, and the country’s government intends to keep its box-office crown. The China Film Administration recently laid out a five-year film plan to do so. It involves more government oversight over the country’s movie business.

Insider spoke with experts about China’s theatrical market and the future of Hollywood and China’s relationship. Here are the biggest takeaways:

China’s success could have continued consequences for Hollywood

China’s dominance was often at Hollywood’s expense in 2021. Disney’s Marvel movies were shut out by Chinese authorities (“No Way Home,” a Sony release, has been approved but doesn’t have a release date yet).

“They don’t need Hollywood to fill seats anymore,” said Chris Fenton, a film producer and author of “Feeding the Dragon.” “‘The Battle at Lake Changjin’ can do that.”

Aynne Kokas, a media studies professor at the University of Virginia and the author of the book “Hollywood Made in China,” predicted that fewer Hollywood releases would be approved in China in the future, and those that are would face tighter regulatory approval.

“There are Chinese blockbusters that Chinese filmmakers are making that people want to watch, and they feel less derivative than those made in Hollywood,” she said.

Hollywood blockbusters have benefited from China in recent years. But John Fithian, the CEO of the National Association of Theatre Owners, said that the importance of the China box office for Hollywood tentpoles has been “greatly exaggerated.”

“The studio take of money in China is much lower than it is anywhere else in the world,” Fithian said. “If a movie ticket is 10 dollars in America, a studio will take 5 or 6 dollars of that. In China, it will take 1 or 2 dollars.” Tom Holland as Peter Parker/Spider-Man in “Spider-Man: No Way Home.”

Still, if a movie like “Avengers: Endgame,” the biggest Hollywood release in China of all time, makes $630 million in the region, that’s a lot of money for Disney.

“Disney should be worried and we are, too,” Fithian added, referring to the shutout of Marvel in China. “We want Marvel product to play in China. That’s what will make theaters in China truly successful, is to have an open market of content, and Marvel’s huge. So yeah, that’s a big problem.”

Stanley Rosen, a political science professor at the University of Southern California who specializes in Chinese politics and cinema, said that there’s reason for hope for Marvel in China. But the government’s attitude toward Hollywood movies in general won’t be like before the pandemic.

“China wants to be seen as a global power,” Rosen said. “You can’t keep out Hollywood movies and call yourself a global film power. But they will be more selective in the future.”

Fithian thinks that China’s success may not be a bad thing for the theatrical industry as a whole.

“From the cinema perspective, the growth of a vibrant movie industry in China is a very good thing,” Fithian said. “They’re building the most expansive cinema market in the world. That’s a good thing for our industry.”

The China Film Administration has plans to expand from 70,000 theaters to 100,000 over the next five years. That’s just one part of its film plan to turn China into a “strong cultural power” by “adhering to the Party’s total leadership over film work,” the five-year plan reads, according to Variety.

Rosen said that the Film Administration recognizes that it needs more blockbusters rather than just a handful in a given year, both to supercharge its own box office and to get movies in other countries.

“They realize that if they want to be an international film power, foreign nations have to take Chinese movies in the way that they have taken Hollywood movies,” he said.

Fithian sees opportunity in that for the theatrical industry.

“I think long term there’s the possibility for Chinese movies to be entertaining and watchable enough to audiences around the world,” Fithian said. “If you’re a cinema operator, having a second important supply of content can go a long way. Studios may not necessarily feel that way because it’s competition. But for us, the more supply the better.”