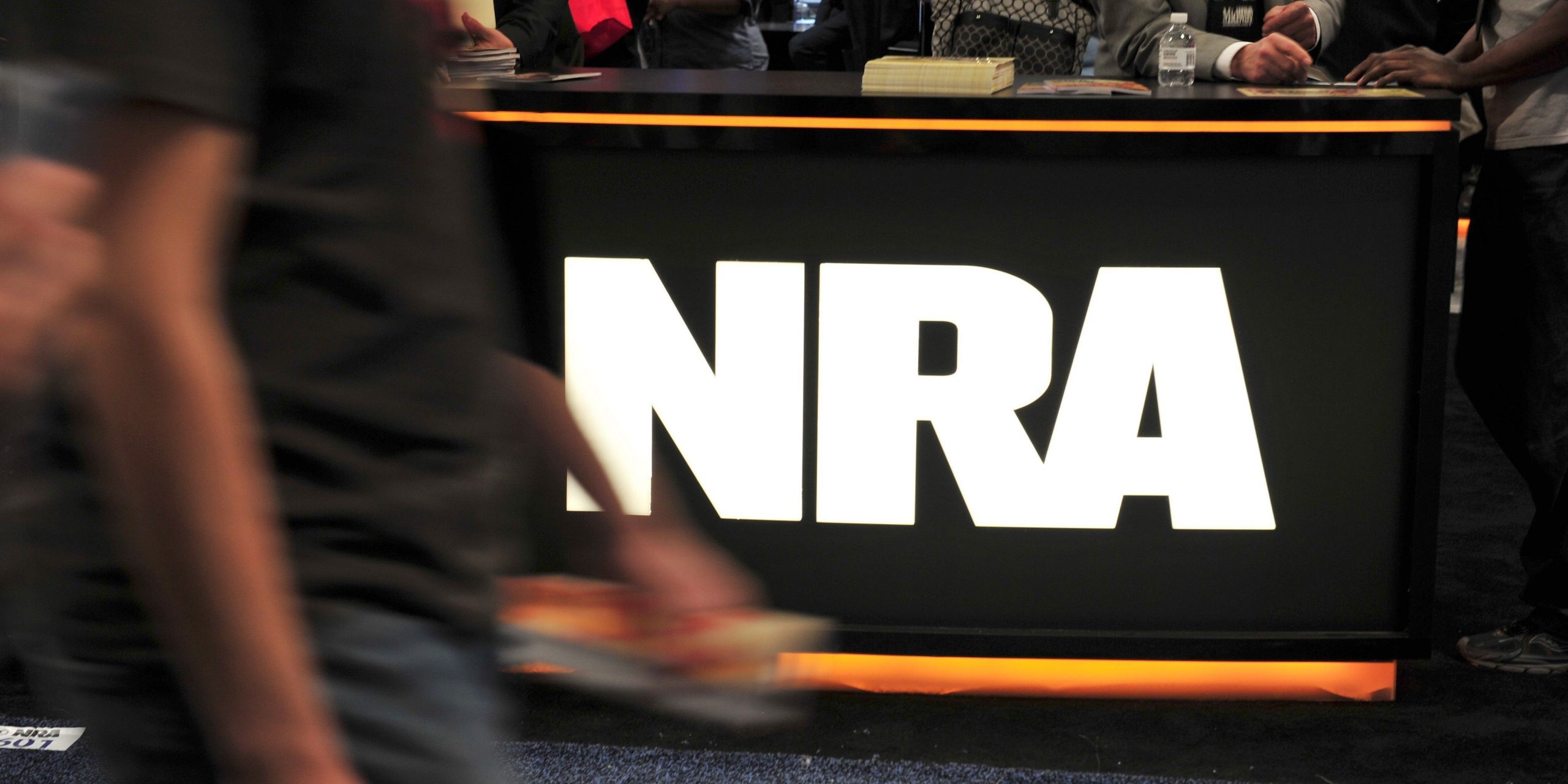 A convention goer passes the NRA desk at the 2015 NRA Annual Convention.

“Leadership recommends a NO vote,” states a message from Rep. Steve Scalise of Louisiana that was sent to lawmakers Wednesday evening. The message claims the Senate bill, which passed Tuesday with the support of 14 Republicans, is part of an effort to “slowly chip away at law-abiding citizens’ 2nd Amendment rights.”

“Our colleagues have put together a commonsense package of popular steps that will help make these horrifying incidents less likely while fully upholding the Second Amendment rights of law-abiding citizens,” said McConnell in a statement on Tuesday.

But in their message of opposition, House Republican leaders claimed the bill “fails to provide explicit due process requirements” for red-flag gun seizures and includes unnecessary funding. In addition to gun manufacturers, House Republicans cite opposition from conservative groups such as Gun Owners of America and Heritage Action for America.

Despite the Republican stance, the bill is expected to pass the Democratic-controlled House and be signed into law by President Joe Biden.