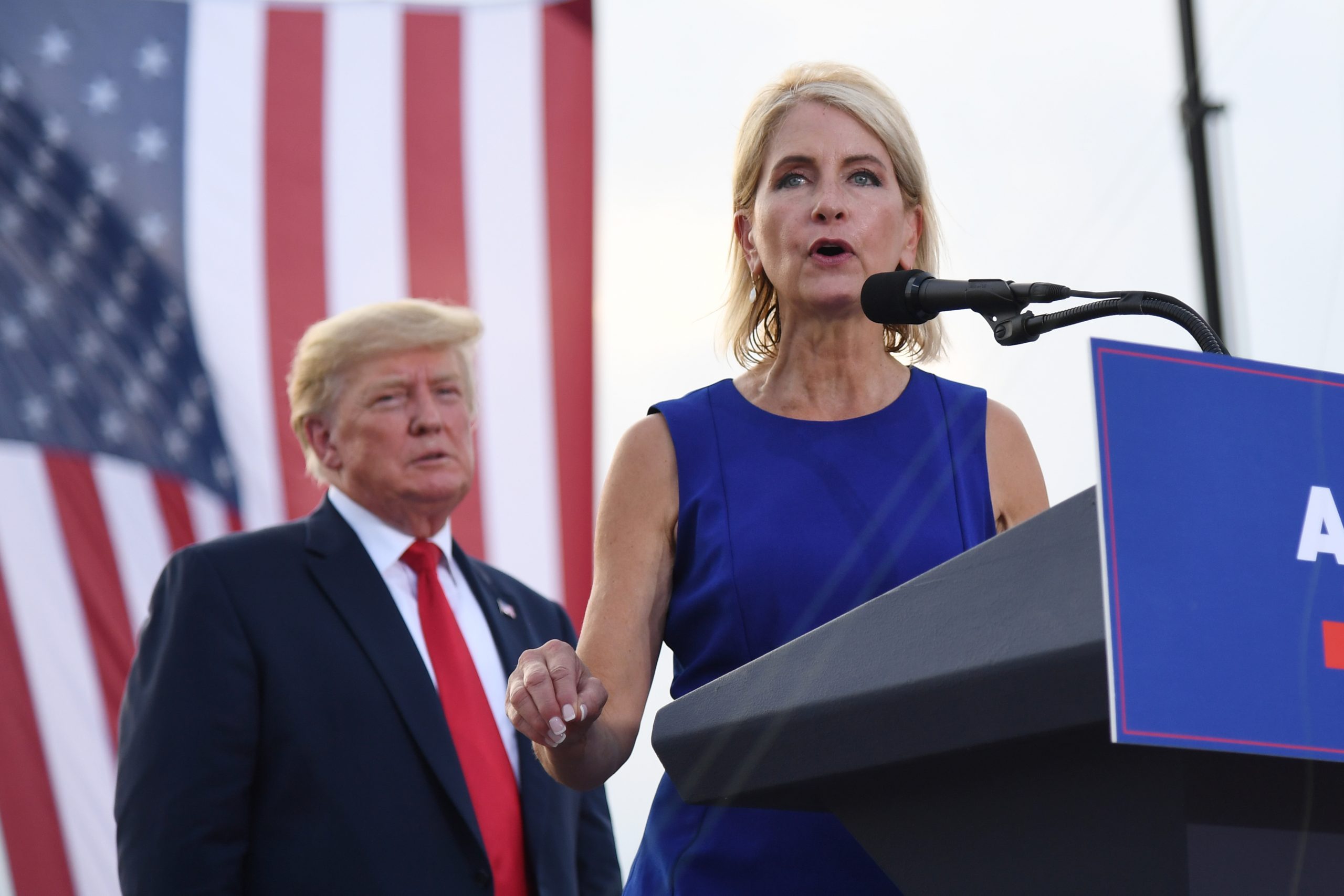 House members from both parties are in peril in Tuesday’s primaries — with redistricting, perceived loyalty to Donald Trump and ideological and generational opposition all challenging the current order in Congress.

At least two members of Congress are guaranteed to lose: A pair of primaries in Illinois pit incumbents against each other, thanks to redistricting. Democratic Reps. Sean Casten and Marie Newman are competing for the same Chicago-based district, while Republican Reps. Rodney Davis and Mary Miller are battling for in a district along the state’s western border.

Meanwhile, a handful of Republicans who voted for a bipartisan Jan. 6 committee are also on the ballot, including Rep. Michael Guest (R-Miss.), who faces a runoff for renomination after failing to garner 50 percent of the vote earlier this month.

Republicans are also nominating candidates for several high-profile, blue-state races, including for governor in Colorado and Illinois and for Senate in Colorado, where Democratic groups — and Illinois Gov. J.B. Pritzker — have spent millions of dollars in each race to try to pick the nominee they’d rather face in November. Voters in heavily blue New York and deep-red Oklahoma are also picking nominees for key statewide posts.

Here is the latest on Tuesday’s primaries

The two member-on-member primaries in Illinois will likely headline the night, with the Republican matchup taking the top spot.

Trump backed Miller in the 15th District and rallied on her behalf over the weekend. Public polling has shown a tight race, which featured an eleventh-hour gaffe by Miller at that Trump rally, in which she called the recent Supreme Court ruling overturning Roe v. Wade a “victory for white life.” (Miller’s spokesperson has said she misspoke.)

Davis, who is in line to chair the House Administration Committee should he win on Tuesday and Republicans take the majority, has vowed to probe the congressional investigation of Jan. 6.

The other member-on-member primary pits the two Democrats, Casten and Newman, against one another in Chicago. Both candidates pulled back their campaigning after Casten’s teenage daughter passed away earlier this month.

Guest also features among a group of House Republicans who all voted to establish a bipartisan commission to investigate the Jan. 6 attacks on the Capitol. That group also includes Reps. John Curtis (Utah), Stephanie Bice (Okla.), Blake Moore (Utah) and Davis.

Other Republican incumbents who didn’t vote for the commission but are also facing primaries include Reps. Steve Palazzo (Miss.) and Doug Lamborn (Colo.). Palazzo, who is facing allegations of misusing funds, finished first in the June primary with a weak 31 percent and is now facing Jackson County Sheriff Mike Ezell in the runoff. And Lamborn has routinely had close calls with primary challenges in the past.

On the Democratic side, longtime Rep. Danny Davis (D-Ill.) also faces a primary challenge from Justice Democrats-backed organizer Kina Collins in Chicago. Davis, who got an endorsement from President Joe Biden, easily defeated Collins in a 2020 primary, but this time the challenger outraised the longtime lawmaker across several quarters.

Democrats have been very active this year in Republican primaries, boosting further-right candidates in the hopes that they end up being easier to beat in the general election. And no race is more emblematic of that than the Illinois Republican gubernatorial primary.

There, the Democratic Governors Association and Pritzker have spent tens of millions going after Aurora Mayor Richard Irvin and boosting state Sen. Darren Bailey. Bailey (and the Democrats) have sold him as a card-carrying member of the GOP’s MAGA wing, and he was rewarded with Trump’s endorsement over the weekend —after public polling already showed him with a comfortable lead in the primary.

It is lining up to be a bitter defeat for Republican megadonor Ken Griffin, a hedge funder and Pritzker archrival. Griffin poured $50 million of his own money into what could be a futile effort to elect Irvin.

Democrats also opened up a similar playbook, though on a smaller scale, in Colorado’s two big statewide races. Democrats have boosted more conservative candidates and tried to tank the campaigns of businessman Joe O’Dea in the Senate race and Heidi Ganahl, a member of the University of Colorado Board of Regents, for the governor’s race.

While the Colorado secretary of state primary hasn’t drawn Democratic meddling, the race is another major test for the election conspiracy theorist wing of the Republican Party. In the GOP primary, Mesa County Clerk Tina Peters — who was indicted for allegedly facilitating a breach of her county’s voter system — is facing former Jefferson County Clerk Pam Anderson. The winner will take on Democratic Secretary of State Jena Griswold in November.

A special election to replace retiring Republican Sen. Jim Inhofe in Oklahoma has drawn a crowded GOP field. There, Rep. Markwayne Mullin is a likely favorite in a field that also includes former state House Speaker T.W. Shannon; Scott Pruitt, a former Trump EPA chief; state Sen. Nathan Dahm; and Luke Holland, Inhofe’s former chief of staff, among others. If no candidate gets 50 percent, which is likely given the crowded field, it goes to an August runoff.

Former Democratic Rep. Kendra Horn is the Democratic nominee, but the Republican nominee will be at a major advantage in the fall.

Democrats are also nominating a pair of members-in-waiting for two safe blue House seats in Chicago. Longtime Rep. Bobby Rush (D-Ill.) is calling it quits, and the field to replace him has 17 Democratic candidates. The Democratic primary for the nearby 3rd District, which was redrawn to give Chicago Latinos more voting power, will likely come down to state Rep. Delia Ramirez and city Alderman Gil Villegas.

The Democratic primary in the battleground 17th District is small by comparison, with six candidates vying to replace retiring Democratic Rep. Cheri Bustos. Republican Esther Joy King is the heavy favorite in her primary there, and the GOP is driving hard to take the seat in the fall.

Despite early noise about a contested primary, Hochul is expected to cruise to the nomination in a field that also includes Democratic Rep. Tom Suozzi and New York City Public Advocate Jumaane Williams.

But there’s a competitive race to be Hochul’s No. 2. Hochul recently named Antonio Delgado as her lieutenant governor to replace Brian Benjamin, who was indicted on federal corruption charges. Delgado, who gave up a battleground House seat for statewide office, is facing a strong challenge from progressive activist Ana Maria Archila.