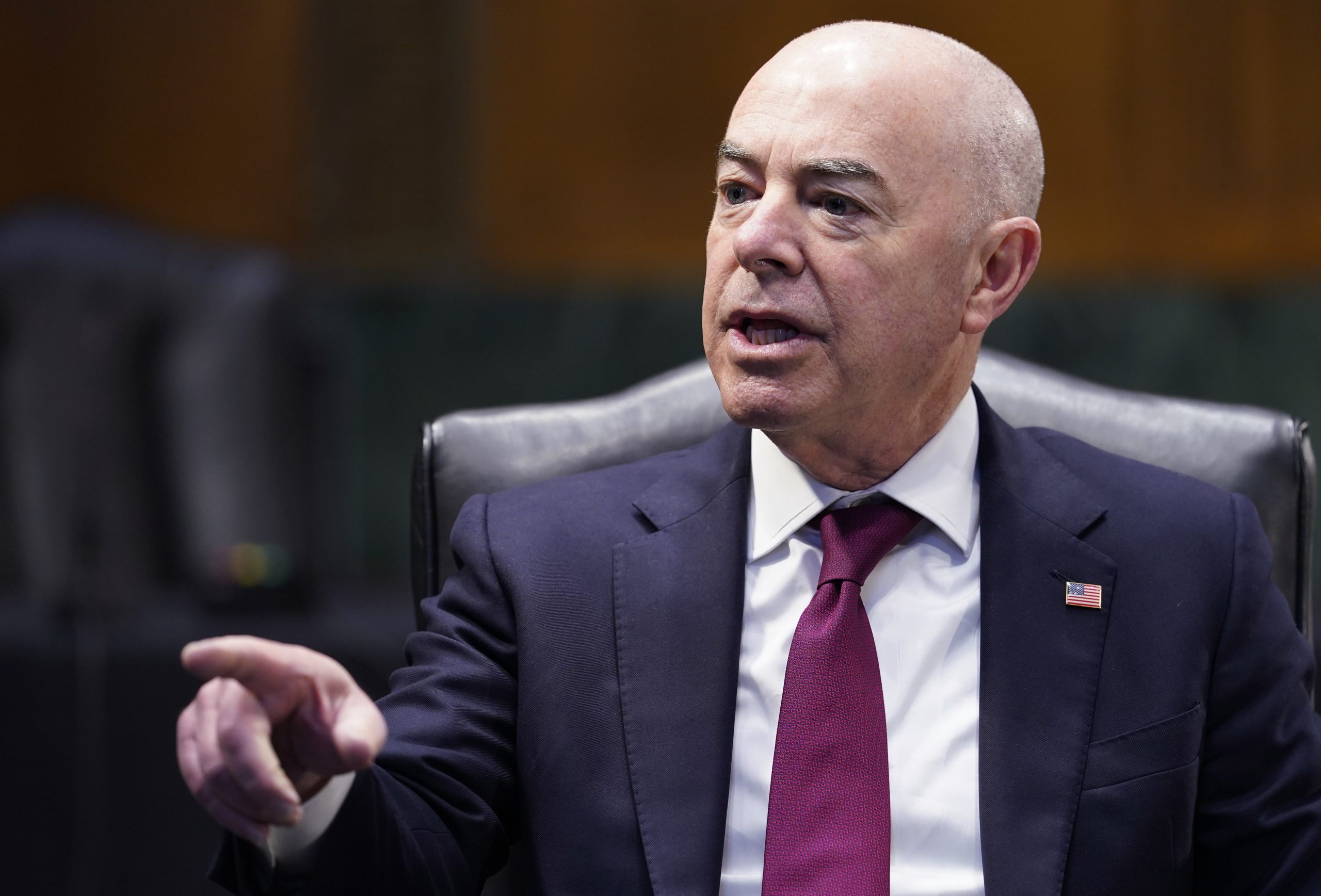 The Supreme Court decision to overturn Roe v. Wade on June 24 has galvanized groups on both sides of the abortion rights debate, with some people protesting outside justices’ homes.

Mayorkas said on “Face the Nation”: “We are very mindful that the Supreme Court’s decision in reversing and overturning Roe v. Wade has really heightened the threat environment, and we have deployed resources to ensure the safety and security of the Supreme Court and the justices” including other staff members.

“We do not condone violence, and law enforcement will and has responded to acts of violence when people do not honor their freedom to protest peacefully, but instead violate the laws of our country and the states within it,” he continued.

A California man was recently arrested near the home of Supreme Court Justice Brett Kavanaugh and charged with plotting to kill him.

On Saturday, several dozen masked white nationalists, some with police shields and flags, marched through Boston. Last month, people believed to be associated with the same group, Patriot Front, were arrested in Idaho near a Pride event. They were found inside a U-Haul truck containing shields and at least one smoke grenade. Last week, members of the Proud Boys disrupted a drag show in Sacramento, Calif., and allegedly threatened violence. Police intervened and the event was rescheduled.

“I have said — and this has been echoed by the director of the FBI — that domestic violent extremism is one of the greatest terrorism-related threats that we face in the homeland today,” Mayorkas said to Brennan.

When asked if funding, recruitment and membership of such groups should be considered grounds for prosecution, Mayorkas said that law enforcement only becomes involved in response to acts of violence and threats to harm people.

“We, of course, protect vigorously individual’s right to express themselves peacefully, the First Amendment rights, and that is something that we safeguard, but violence and threats of violence we do not condone.”