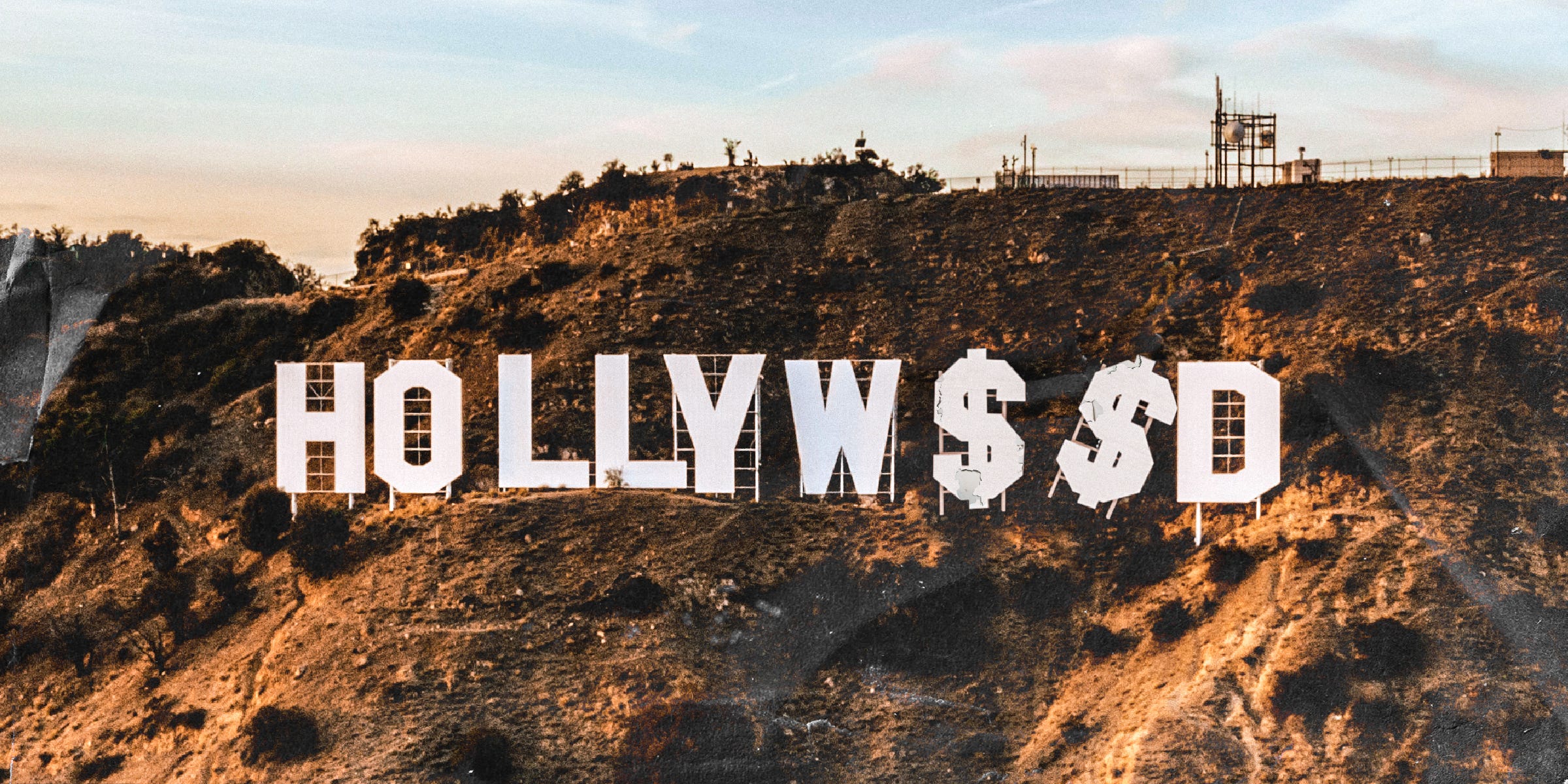 Many behind-the-scenes workers in entertainment struggle to make ends meet.

Working in the entertainment industry has a unique and powerful allure with its proximity to fame, wealth, art, and glamour.

But beneath Hollywood’s glittery surface are thousands of cogs in the machine, from assistants to lighting technicians to costume designers to studio executives — some paid handsomely for their efforts, others far less so.

This summer’s IATSE strike authorization vote, with tens of thousands of below-the-line professionals willing to put a work stoppage on the table in their union’s negotiations with the major studios (represented by the AMPTP), revealed how burned out many are by punishing hours and work conditions. A deal was hammered out in October and ratified by IATSE membership in November, but by a slim majority.

Insider asked entertainment industry professionals from all positions and crafts — some unionized, some not — to share how they make ends meet in the industry, their workload, and how they feel about their career trajectory.

Support staffers who responded felt particularly worn thin, due to low pay and career progress stalled by the pandemic.

“The reason I’m working for a pittance, racking up debt, subsisting on writers’ room snacks and half-sandwiches writers throw away — yes, I’ve dug their sandwich out of the trash and I am proud of it because I did what I had to do — is to keep working and maybe get my shot,” said one assistant-level worker. “But the shots come less and less now.”

Compiled here are monthly earnings and expenses for four workers on varied rungs of the Hollywood ladder: an assistant to a literary manager (a manager for film and TV writers), a production assistant in Atlanta, a script coordinator who recently left the workforce, and an accountant who works on major network TV series.

All workers were granted anonymity so they could speak freely, and Insider reviewed documentation confirming pay and other major items (some budget items were estimated by the workers and their comments have been condensed and edited for clarity).

This story was originally published on October 12. It has been updated.

Assistant to a literary manager

Health insurance: $0 for insurance, which is included through work; $200 for therapy and prescriptions

Comments: It is extremely difficult to make things work on less than $40,000 a year in Los Angeles. And it isn’t as if I can up and relocate to somewhere cheaper because being in a support position, they want you around and available.

The only raises I’ve received in the last two and a half years have been the minimum wage increases mandated by the city. The entertainment industry has this image of being extremely liberal and forward-thinking but nearly all of the people who are responsible for keeping it running day to day don’t make anything close to a living wage, and that isn’t for lack of funds [on employers’ part].

If I had someone working for me or my company, I would want to make sure that that person or people were taken care of and weren’t ever being forced to choose between buying groceries or buying gas. I would feel like a terrible person if I heard that from one of my employees, but there’s a really toxic culture in entertainment where everyone thinks that you have to make others suffer the way you did or they aren’t earning it.

I have no interest in making millions. I literally just want to make enough to live and maybe save for retirement while I’m at it. I’m in this business because I genuinely love film, television, and the creative process. There isn’t anything else I would rather do.

It feels like I’m in an abusive relationship with the love of my life and I can’t bring myself to quit because I still think I can change them.

Office production assistant based in Atlanta who has a side job

Annual income: $40,000 (“This is an estimate and goes off of my current rate, with my gap filler job included.”)

Savings/investments: Whatever is left over

Comments: I’m very fortunate that I had parents who supported me through school and let me start my life without debt. I have lived my life in fear of debt, so tend to live rather frugally. I have a spreadsheet where I log any time I make a purchase or get paid.

I started in the industry after the pandemic in Health & Safety [as a COVID compliance monitor], which paid much better than what I am currently making. It allowed me to save up for a down payment on a condo. But Health & Safety isn’t the goal so I made the jump down to production assistant.

I don’t have any goals for a family or kids, I just want a career to be proud of. I’d like to travel more and see the world, but the uncertainty of the industry makes that difficult. Once I wrap one project, I don’t know where my next job is going to come from, so I immediately go into famine mode. Nothing but the bare bones of what I need to survive.

Usually, I get lunch at work, and right before I leave for the day, I grab a couple things from crafty [the colloquial term for craft services, or catering for cast and crew] that will constitute my dinner. The only groceries I buy are for the weekend, and I usually only eat once a day on those days.

I also work at an event company on weekends to help make ends meet. They do all sorts of odd jobs around the city and I can choose which ones I put myself up for — from being the Easter bunny, running booths at Pride, or managing farmers markets or box office for festivals in the city to restocking brochures at tourist attractions. One time I worked a 30-hour weekend managing a slot car race track.

This script coordinator, who has five years’ experience, is currently the primary caregiver for his 2-year-old daughter.

Comments: It’s actually more financially responsible for me to stay unemployed, try and find writing work, and take care of her than pay for childcare and work in a high-stress Hollywood gig.

When I assist on a show I’m supplementing my income any way I can to stay in the game. The reason I’m working for a pittance, racking up debt, subsisting on writers’ room snacks and half-sandwiches writers throw away — yes, I’ve dug their sandwich out of the trash and I am proud of it because I did what I had to do — is to keep working and maybe get my shot. Get [my writing] read. Get passed up the chain. Get an episode. But the shots come less and less now. [Series season] orders are shorter. Staffs are smaller. I’ve learned not to put my heart in it anymore.

I got diagnosed with Stage IV cancer while I was on a show and there was a part of me that was relieved I could quit and just focus on my health for a while. Because disability was close to what I was making 60+ [hours] a week as an assistant.

I’ve been told to my face I should work for less because “it’s Hollywood baby” and I’m lucky just to be in the room. That I’m a “diversity hire” and they can always find another diversity hire so take the minimum.

My wife’s an LAUSD teacher so she worked through the pandemic while I took gigs when they worked out with my daughter’s schedule. It’s been really hard, but way more rewarding. Instead of clearing things through legal, I’m clearing diapers. And, instead of prepping docs for distro, I’m prepping food for re-distro in the aforementioned diapers.

For now I’m ‘retired’ from being an assistant and only pursuing writing opportunities. I can’t afford to be an assistant anymore, mentally or financially. A broke father is better than a broken one.

[This budget] was really difficult because just filling out some line and saying ‘this is how much this costs’ is unrealistic. For our daughter, there are all kinds of other expenses that come up randomly. Plus, food costs fluctuate, as do utilities and medical bills as well as our debt, which is rising rapidly.

I have been unable to work for months and months now so my current income is $0 as I have been trying to get unemployment unsuccessfully since June.

This accountant has worked over 43,000 hours on union shows with 60-hour workweeks, and has 20 years vested in an IATSE pension. Upon retirement, this person said they will receive a full pension of approximately over $220,000 as a lump sum payment and over $2,000 a month.

Production accountants have access to salary information of workers across the call sheet and a good perspective on income disparity in the industry.

Comments: The main issue is that we are comparing our lives to the lives of crew 30 years ago. Yes, they could afford a house in the Valley, maybe a second home somewhere else.

But you find me a job in America that doesn’t require a college degree, where you make $3500/week, full health benefits, a defined pension benefit and full freedom to choose where and when you want to work. I just don’t think it exists anymore.

I’m the lowest-paid department head on my crew. There’s probably 50 people who make more than I do on a weekly basis.

I think the streamers don’t want union workers, period. I think they would be happy to break the union. The legacy studios are okay with unions because that’s their business and how it’s always been. It’s not Apple’s business. Or Amazon’s. But that’s just my guess.

And just to reiterate. I love being a union worker. It’s allowed me an amazing life.