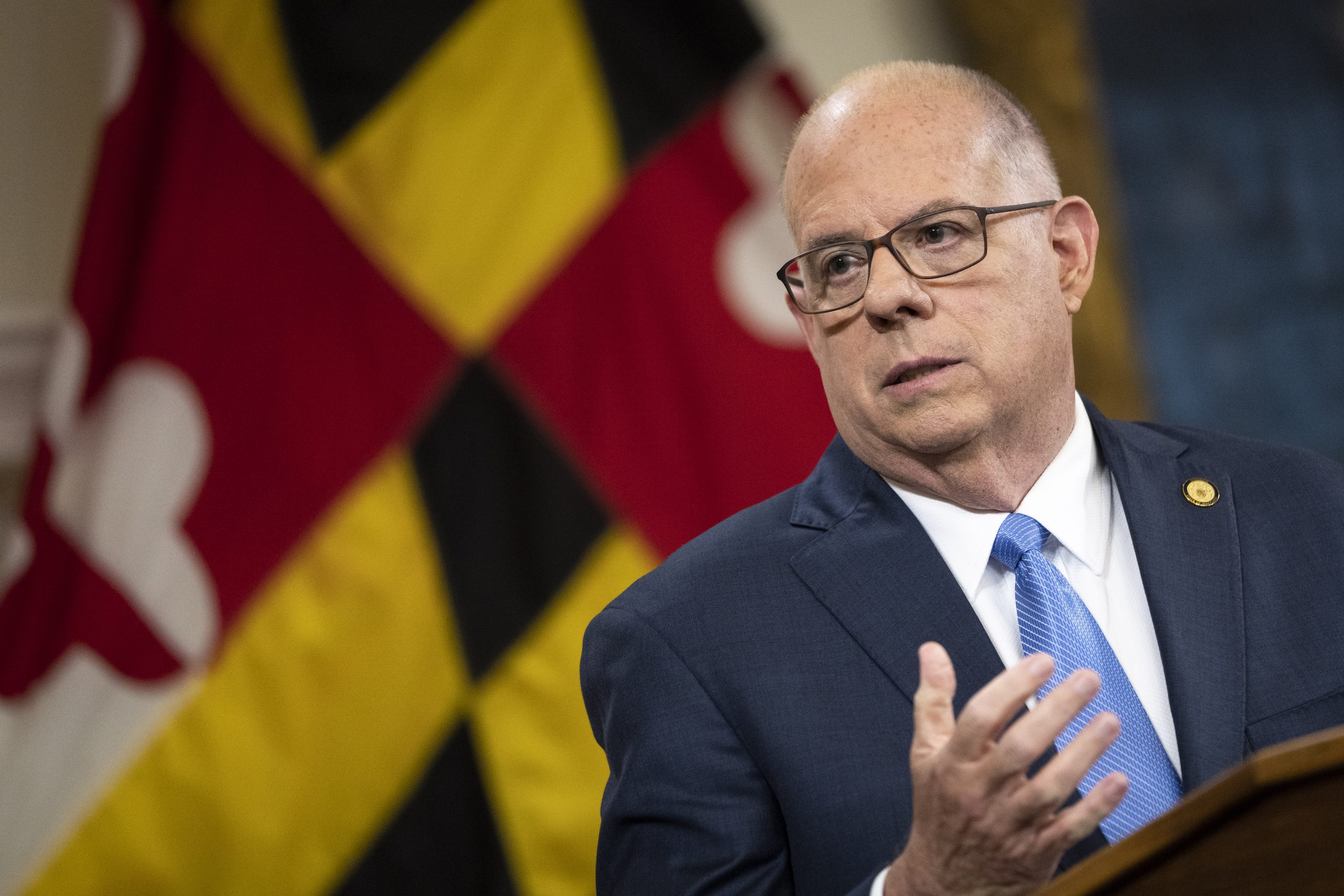 Democrats and Republicans are shaping the future of their parties in Maryland Tuesday, as they choose their nominees for governor and for a pair of key congressional seats outside Washington.

A crowded field of Democrats emerged to try to win the governorship and succeed popular (and term-limited) Republican Gov. Larry Hogan, whose impending departure has made the usually blue state one of Democrats’ best pickup opportunities this year. And on the Republican side, the race turned into a proxy war between Hogan and former President Donald Trump about the future of the state GOP.

Further down the ballot, Republicans will pick their nominee for a contest that could give the party their best shot in years at clawing back another House seat in Maryland. And a Democratic primary in a deep blue district has turned into one of the most expensive contests of the election.

It is likely that the winners of several critical contests won’t be known on Tuesday night. State law prevents election officials from counting mail ballots until Thursday, and they could be decisive. As of Monday, nearly 169,000 Democrats have returned a mail ballot, while 38,000 Republicans have done the same. (Ballots that are either returned in dropboxes by close of polls Tuesday night or postmarked by the USPS by Tuesday will also be counted.)

Dems battle it out for governor

The Democratic Party has been waiting for years to try to reclaim the governorship in a state that routinely tilts blue by dozens of percentage points.

Hogan — who won reelection comfortably in 2018 even in a strong year for Democrats — has been the exception to that rule, but he can’t run for a third term. Still, Democrats need to pick their candidate before they get to the business of trying to flip the seat.

Nobody has been able to break away from the nine-person Democratic field, but the limited public polling has shown three men scrap their way to the top of the pack: state Comptroller Peter Franchot, former Labor Secretary Tom Perez and author Wes Moore. The trio are the only candidates who are constantly in double-digits in public polling — but nobody regularly breaks 20 percent.

Moore — a first time-candidate and veteran turned bestselling author and nonprofit executive — led the field in fundraising and got some big name endorsements, including Oprah Winfrey and, in the slightly-less-big-name category, House Majority Leader Steny Hoyer. Franchot anchored his campaign on his long tenure in office in the state — while brushing aside charges that he is too chummy with Hogan to win over Democratic voters. And Perez, who also chaired the Democratic National Committee when the party flipped the House, Senate and White House in 2018 and 2020, has rallied labor support in the state to propel his bid.

Trump and Hogan duke it out

The Republican gubernatorial primary has come down to two main candidates, each representing vastly different wings of the GOP.

Trump has thrown his support behind state Del. Dan Cox, a longtime supporter of his who has full-throatedly embraced Trump’s repeated falsehoods about fraud in the 2020 election.

Hogan, meanwhile, backs Kelly Schulz, a former state lawmaker who served in his cabinet until earlier this year. The Hogan political machine mobilized for Schulz, with prominent advisers to the governor lending a hand to Schulz’ campaign.

“Get rid of Shutdown RINO Larry Hogan who is trying to get another RINO into office, Kelly Schulz,” Trump said in a statement on Monday.

The closing weeks of the race were dominated by the Democratic Governors Association, which dropped a multi-million ad campaign “attacking” Cox as too loyal to Trump. The DGA has insisted it was merely getting a head start on the general election, casting Cox as the frontrunner — despite public polling showing Cox and Schulz deadlocked. But the campaign was widely seen as an attempt to boost the more extreme candidate in the Republican primary, in hopes that Cox would be easier to beat in the general election.

A pair of House contests

There are two major House primaries on Tuesday, with one on each side of the aisle.

In Maryland’s 6th District, Republicans will be picking a candidate to face off against wealthy Democratic Rep. David Trone. Trone’s district was transformed in redistricting to become much friendlier for Republicans, and the GOP is eyeing it as a potential pickup opportunity in the fall.

There, endorsements from across the party — from Hogan to House Minority Leader Kevin McCarthy and Donald Trump Jr. — have flowed in for Matthew Foldi, a 25-year-old one-time staffer for House Republicans’ major super PAC. He faces off against a field including state legislator Neil Parrott, who is trying to rely on local institutional support in the primary.

But Trone will be a tough general election candidate, in no small part due to immense personal resources stemming from his business, a popular liquor store chain. Trone has already loaned his campaign over $12.5 million this election cycle, in anticipation of a tough fight in November.

Democrats’ major House contest comes in the state’s 4th District, a majority-Black district anchored in the suburbs of the nation’s capital, to replace Democratic Rep. Anthony Brown. Brown, a former lieutenant governor who lost to Hogan in the 2014 gubernatorial race, is running for state attorney general.

The deep-blue district primary to succeed Brown is a two-person contest between former Rep. Donna Edwards and former county prosecutor Glenn Ivey. That race has quietly attracted a whopping $8 million in outside spending — the largest share of which has come from the United Democracy Project, which is affiliated with the hawkish, pro-Israel group AIPAC. That super PAC has spent around $6 million attacking Edwards and boosting Ivey.

The ad campaigns have not been about Israel or foreign policy more broadly, instead painting Edwards as an ineffective lawmaker during her previous stint in Congress. AIPAC and Edwards have long been antagonistic over some of her votes on Israel, including her unsuccessful 2016 Senate campaign.

Edwards has gotten some backup from J Street Action Fund, a more liberal pro-Israel group, as well as progressive organizations like the political arm of the League of Conservation Voters. There has also been some pro-Ivey spending from the crypto-aligned Web3 Forward.