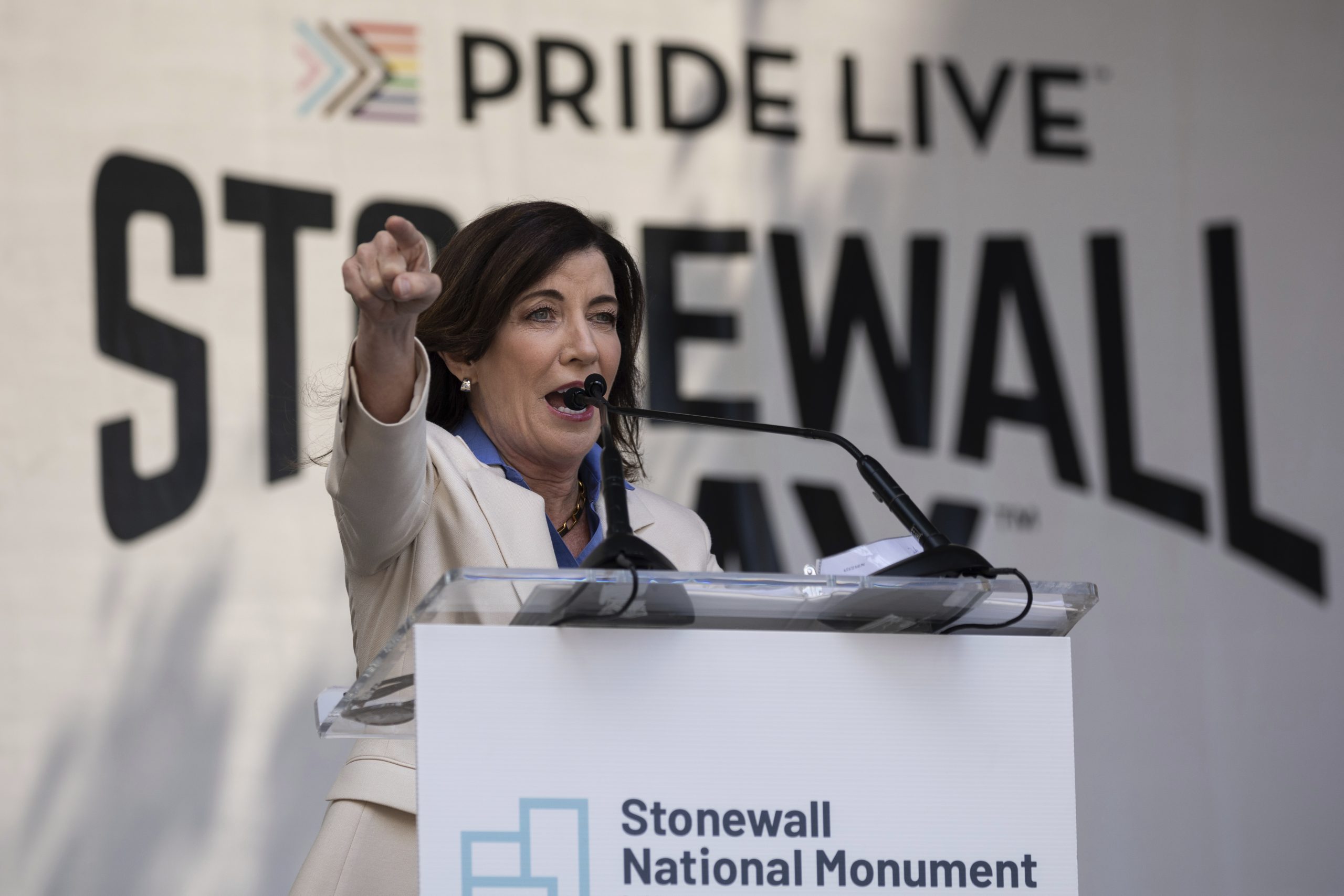 Results showed Hochul with 65 percent of the vote after most ballots cast during early voting were counted and about a third of those cast Tuesday. Long Island Rep. Tom Suozzi had 12 percent, while New York City Public Advocate Jumaane Williams had 21 percent.

AP called the race less than half an hour after polls closed at 9 p.m.

Hochul, a Buffalo resident, is the first upstater to win the Democratic nomination for governor since 1946.

She’s also the first woman to win a major party’s gubernatorial nomination in state history. She will face the winner of Tuesday’s four-way Republican primary in the general election in November as she seeks to a full term.

Hochul, 63, served nearly 16 years in local government and a brief stint in Congress that started after she won a 2010 special election.

She was elected former Gov. Andrew Cuomo’s lieutenant governor in 2014 and won a second term for that office in 2018. She spent most of those years as the public champion of the administration, but was removed from the levers of power and decision-making. Instead, she kept a grueling travel schedule touring the state to tout Cuomo’s agenda.

That job also made her first in line of succession to Cuomo. He resigned last August in the wake of a sexual harassment scandal and his management of the Covid-19 pandemic.

Hochul emerged as the frontrunner for this year’s nomination as soon as these scandals began to subsume the previous administration last spring.

She moved to lock down the position as soon as it became clear she would become the incumbent. She announced she’d be seeking a full term before she was sworn in and immediately set to work on amassing record-shattering fundraising numbers that let her raise $33 million by the time the primary came around.

The path to a primary victory wasn’t always smooth. Attorney General Tish James seemed like a strong contender when she launched a campaign in October, but she never fully engaged with the race and quickly dropped out. Cuomo’s supporters also spent months floating the possibility he’d mount a comeback effort, but he ultimately did not.

Missteps during Hochul’s first nine months on the job gave her opponents plenty of fodder. Most notably, her hand-picked successor as Lt. Gov. Brian Benjamin resigned after being indicted on federal bribery charges in April.

But Hochul never once trailed in a poll or lost her standing as the frontrunner. While her poll numbers dipped following a drawn-out budget process this year, they rebounded enough by early June to remove most of the drama from the homestretch of the race.